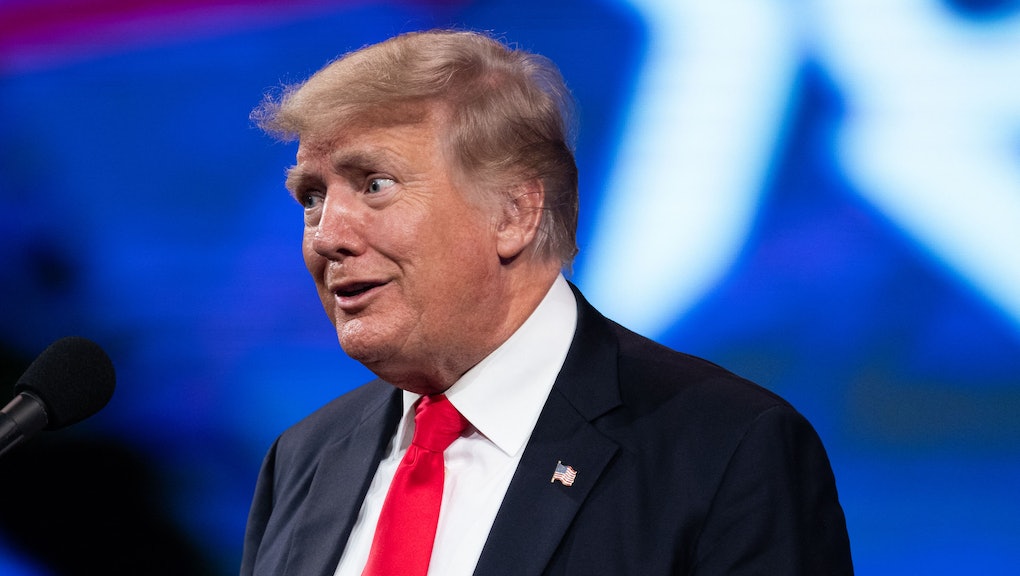 In a rare moment of honesty, Trump admits he "became worse" after impeachment

You know what they say: "A broken clock is right twice a day." An alternate, more delightful saying: "Even a blind pig will still find a couple of acorns." Well, former President Donald Trump is not a clock (although he does have a small hand) and he's not exactly a blind pig (although he does kind of eat like one) but, credit where credit is due: Even this habitual liar is right every once in a while.

In this case, Trump was exactly correct and perfectly honest when he told a rapt crowd of far-right fanatics at this summer's Conservative Political Action Conference in Dallas, Texas, that the only effect his dual impeachment proceedings had on him was that he "became worse."

During an extended riff on Bill Barr, his former attorney general and chief administrative enabler, Trump took care to disparage his one-time top consigliere, telling the audience that Barr "became a different man when the Democrats viciously stated that they wanted to impeach him."

Then, just to make sure people knew he was being super-duper serious, Trump repeated that last part again, as the audience rewarded his admission of being awful with thunderous applause.

Trump's boast about getting "worse" is rendered all the more significant in light of Maine Republican Sen. Susan Collins's justification for voting to acquit Trump during his first impeachment trial, because she'd "hope[d] the president has learned his lesson but we will have to see."

Meanwhile, since his second impeachment trial ended, the former president has only gotten more and more unhinged, with predictable rants about how the 2020 election was stolen from him, indulgences into wild conspiracy theories, and boasts about his popularity. And while he no longer commands the country's nuclear arsenal or is in a position to dictate policy, his CPAC comments are nevertheless true. Freed from the threat of impeachment, Trump has only been emboldened and given more latitude than ever to run his mouth off about just about anything. He's absolutely "become worse" — and by all indications, his most fervent followers love him even more for it.