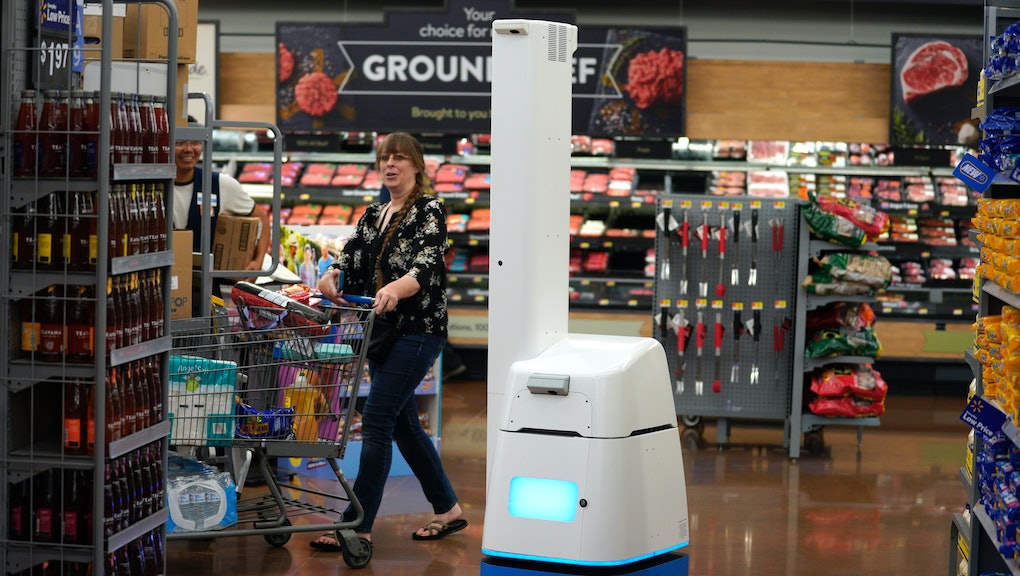 In a surprising reversal, Walmart gives its robot jobs back to humans

Walmart has decided to stop using automated, inventory-tracking robots in its stores after discovering that humans can also do that stuff. On Monday, the Wall Street Journal reported that the retail company ended its five-year contract with Bossa Nova Robotics, bringing to a close the use of the six-foot-tall robots that scanned shelves for areas that needed restocking. Anonymous sources told WSJ that, as online orders increased during the pandemic, more employees were going down aisles themselves and flagging areas that needed more products — basically taking the robots' jobs.

Walmart, it seems, has come to the realization that humans have eyes and, if you utilize those humans well, your existing workforce can be more efficient than a robot.

The company is taking it all in stride, calling it a lesson in figuring out how to make their stores better.

"This was one idea we tried in roughly 500 stores, just as we are trying other ideas in additional stores," a Walmart spokesperson told Bloomberg. "We will continue testing new technologies and investing in our own processes and apps to best understand and track our inventory and help move products to our shelves as quickly as we can."

The end of the partnership comes after Walmart hailed the robots as a way to manage labor costs just a year ago. At the time, the company claimed that the money saved could go to raising employee wages and creating new services for customers. However, sources told WSJ that the inventory robots didn't much improve the corporation's metrics or revenue.

There were also additional worries over shoppers' reactions to the robots. As noted in a February 2020 report from WSJ, some shoppers were concerned the robots in the aisles were stalking them, getting in the way, and creeping them out to the point where people were purposely avoiding them.

Although most people ignore the robots (instead of beating the poor things), the negative perception of them apparently concerned Walmart's U.S. chief executive, John Furner. But Walmart isn't totally giving up on playing around with automation. Stores will continue using other robots, such as floor scrubbers, to keep their stores clean.

Ironically, firing the inventory robots still resulted in the loss of human jobs. WSJ reported that Bossa Nova laid off 50 percent of its staff when Walmart called it quits.