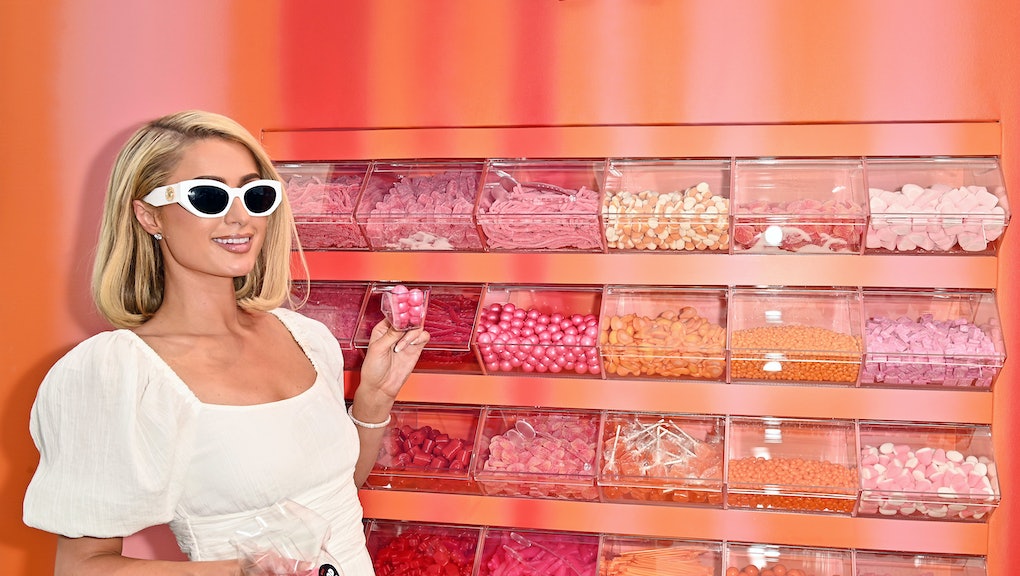 In 'Cooking with Paris,' Hilton is yet again in on the joke

Paris Hilton has been a staple in our pop culture lexicon since the early aughts. Ever since she first uttered "that's hot" on The Simple Life, she's been shaping our idea of celebrity. Many over the years have tried to write her off as just another white woman born into wealth who used it to become famous for doing nothing. But those people are wrong. Paris isn't doing nothing. Love it or hate it, she has painstakingly built a very specific brand, and kept it alive for two decades. Now, she's continuing that incredibly niche work on her new Netflix show Cooking with Paris.

The show is meta Paris content, as she's returning to the roots that made her on The Simple Life, a "reality" show that depicted Hilton and Nicole Richie in incredibly scripted scenarios that inserted the heiresses into the lives of regular people. Some of the most famous scenes involved the pair trying and failing to cook and not recognizing everyday objects — like when Paris made an entire breakfast with a clothing iron. It was the kind of TV that would never get made today, as luckily we as a society don't readily glorify wealth as much anymore ... at least not by pressing it up to the glass of poorer people and yelling, "See!" Instead, we let it exist in its own bubble while we drool from a safe viewing distance, like with the more modern, voyeuristic viewing experiences of The Real Housewives or Keeping Up with the Kardashians.

And queue the perfect first Cooking With Paris guest, Kim Kardashian West. Kim was originally Paris's assistant before she became the titan of pop culture we know today, and the tabloids have long tried to press a feud between the now mega-famous women. Kim and Paris ignore all of that in the premiere episode, trading celebrity gossip instead for genuine reminiscing between old friends (granted, their reminiscences were about partying at exclusive clubs when they were teens and playing with stickers on private planes). Watching Kim and Paris "mmm" at each other across an immaculately styled table while they eat mediocre breakfast foods delivered me straight back to my days of Ugg boots and velour tracksuits.

Cooking with Paris isn't just a time machine, though. It sees a more elevated Hilton re-inserting herself once again into the zeitgeist. Other guests include pop sensations Saweetie and Demi Lavato, comedian Nikki Glaser, internet celebrity Lele Pons, and the show ends with a family meal with Paris' sister and mother. Each episode begins with Hilton fumbling through grocery buying in overdone outfits (with matching masks, of course), with sarcastic shots of the crew trying to make her look good in impossible environments like grocery stores and fresh markets. While you still have the classic dumb blonde quips like, "What are tongs?" you can tell Paris is in on the joke while she oscillates between her signature baby voice and her genuine, much deeper timbre. She is taking the old image of her and growing it up with a hostess' finesse. She is making fun of herself while having fun, something she was maybe always doing but never given credit for in her younger years.

Last year Paris gave us the riveting This Is Paris documentary on her YouTube channel, in which she reclaimed her own story and educated the public about the abuse she endured as a child at boarding school, as well as the slut shaming and humiliation she was subjected to from the tabloids, paparazzi, and general public scrutiny of the early 2000s. The documentary also depicted a very vulnerable present-day Paris, who is overworked and adrift in a sea of her own celebrity, desperately searching for a tether. Now Paris is engaged to and planning on children with Carter Reum, and somehow Cooking with Paris feels like the perfect next step in the Paris Hilton fable. She has given us her own version through the years of all of the party girl stereotypes, and now it seems she's finally ready to grow up both herself and her image, but still keep it hot.

More like this
The 8 best reality shows you're not watching, but should be
By Brandon Yu
Steve from 'Blue's Clues' gave us the closure we didn't know we needed
By Kara Weisenstein
Live from New York: Revisiting the totally bonkers era of post-9/11 'SNL'
By Rafi Schwartz
Stay up to date