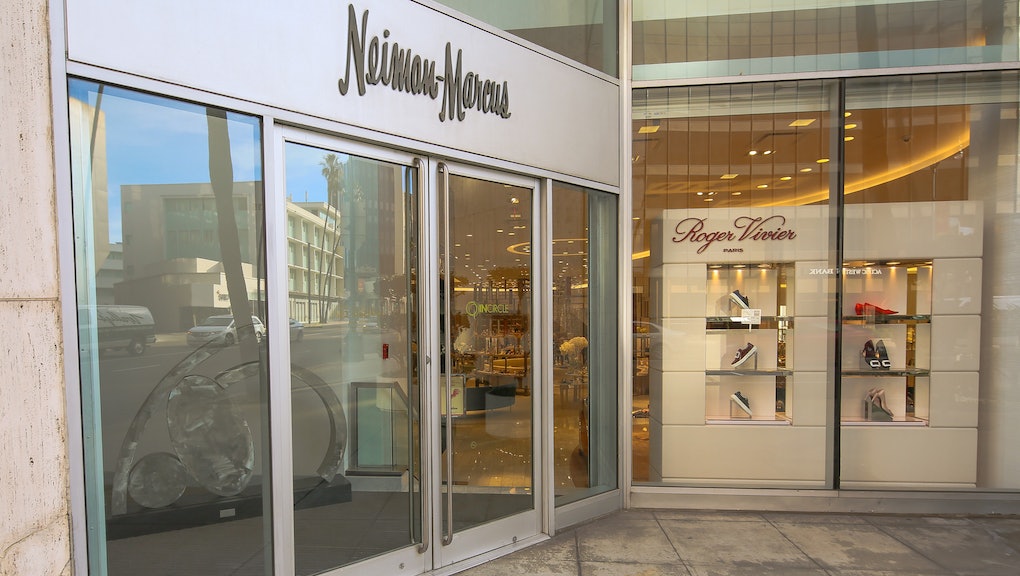 In just one week, two retail giants have fallen. The worst is yet to come

Neiman Marcus isn’t the story of every major department chain, with its own set of problems plaguing the company even before the pandemic. It was beholden to the scourge of private-equity firms, taking on extensive debt before it was sold to a group of investors in 2013 for $6 billion. The New York Post estimates that the buyout firm that took J.Crew private in 2011 netted nearly $92 million from various restructurings of the fledgling retailer. Although Chapter 11 is rarely if ever a true death knell, with brick and mortar closures likely to repackage Neiman Marcus as a slightly more appealing purchase for a potential buyer, who then can strip it for parts again and reap further rewards.

In a statement to AP, Neiman Marcus Group CEO Geoffroy van Raemdonck claims the business was building toward sustainability before the pandemic. “Prior to COVID-19, Neiman Marcus Group was making solid progress on our journey to long-term profitable and sustainable growth,” Van Raemdonck said. “However, like most businesses today, we are facing unprecedented disruption caused by the COVID-19 pandemic, which has placed inexorable pressure on our business.”

These first two major restructurings could lead to cascading collapse for other retail businesses in trouble, with JCPenny, Sears-branded stores, and Gap Inc. all running low on cash. Like Neiman Marcus and J.Crew, JCPenny and Sears are billions in debt, and challenges abound for refinancing. Many of those stores were in an especially precarious place before the pandemic, but mass furloughs — including hundreds of thousands of employees from Kohl’s, Macy’s, JCPenny, Gap, and Victoria’s Secret temporarily out of work — indicate an even more wobbly foundation.

Online sales have been an ongoing specter for traditional brick-and-mortar retail giants. Even before the coronavirus lockdown measures were enacted in February, the total market share for “non-store” retailers was higher than general merchandise sales for the first time in history. As to be expected, clothing and accessories retail stores took a significant plunge in March, with a 50.% decline in sales. Overall retail and foodservice sales slid 8.7% from the previous month, which amounts to more than double the average monthly decline seen in the 2001 and 2008 recessions.

While the pandemic’s already irreversibly changed many aspects of daily life, it’s impossible to project how many of these businesses could fall. With an entire summer movie season likely to be lost, AMC Theaters could be headed for the same Chapter 11 fate in the coming months, if it doesn’t entirely spell the death knell for theaters. The sacrificial race to re-open the economy doesn’t guarantee that everyone will feel comfortable going to these businesses that hedge their profits on in-person shopping and shared experience. It’s hard to imagine most vulnerable retailers — and the hundreds of thousands of workers employed by these companies — weathering 8 months, or potentially even 18 months, with significantly limited business. Some of the changes we’ve experienced in the first two months aren’t going away, and that’s the hardest part to grasp.

More like this
How “stoopers” turned New York City sidewalks into trendy, sustainable thrift shops
By Jasmine Vojdani
The NFT gold rush, explained by the world's first meme manager
By Kara Weisenstein
'Paddington 2' has officially ousted 'Citizen Kane' as the greatest film of all time
By Kara Weisenstein
Stay up to date