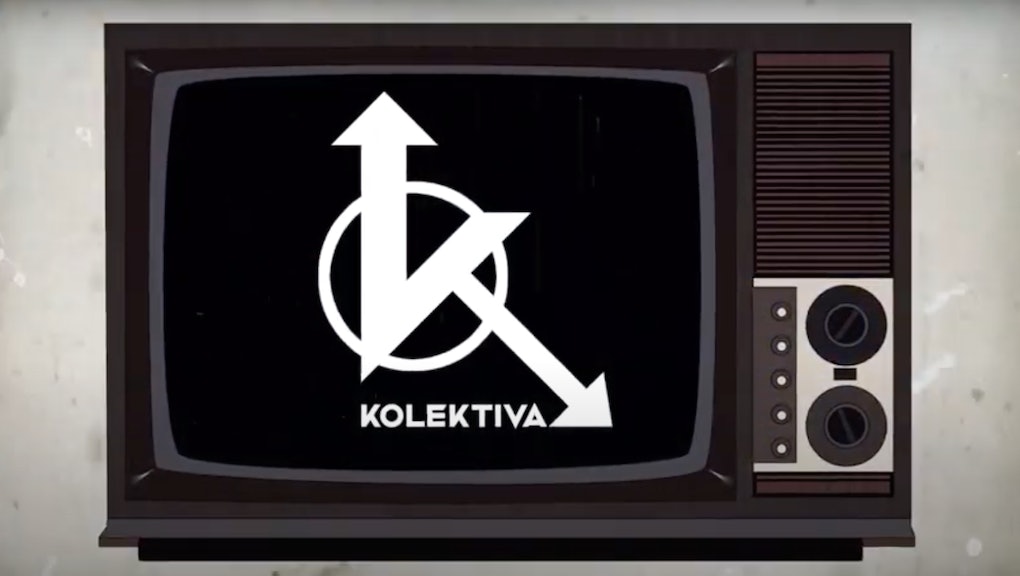 Inside Kolektiva, the social media platform built by anarchists and activists

In August, Facebook purged a number of anarchist news organizations and left-wing activists from the site under the guise of a larger ban targeting far-right extremists and QAnon conspiracy theorists. Following the ban, a group of anarchists created their own social media server called Kolektiva Social on Mastodon, a decentralized, non-corporate social media alternative. The server, dubbed an 'instance' in Mastodon-speak, has since amassed over 2,100 users and continues to grow from an influx of left-leaning activists who feel they are targeted by larger social media platforms. Just last month, without warning or explanation, Instagram disabled the account of the Pacific NorthWest Youth Liberation Front, a decentralized network of youth collectives committed to taking direct action toward 'total liberation.' In response, the group encouraged people to find them on Kolektiva Social and on their blog.

Anarchist filmmaker and Kolektiva Social collective member Franklin Lopez tells Mic, “Folks saw a need for a social media platform that was not rife with censorship, shadow banning, and data tracking [...] This would be a platform that belongs to us, that is ad free, where we don't track users’ habits or keep any of their data except for what they publish themselves.” So far, the server’s discourse is productive and the environment is friendly.

Mastodon, home to over 3 million accounts and growing, borrows from Reddit, Twitter, and Facebook by allowing for 500-word character limits in an interface reminiscent of Twitter, while each community moderates its own content. The platform was founded by German developer Eugen Rochko in 2017 with funds from crowdfunding site Patreon. It is attractive for anarchists partially because it mirrors the type of decentralized, non-hierarchical society they hope to build. Each instance within Mastodon acts as its own community, and disparate instances can link up and share content, or 'federate,' with each other.

Zooming out, Mastodon is part of the larger 'Fediverse' through Activity Pub, a decentralized network of social media platforms that can all interact with one another. Imagine if Twitter, Instagram, and Facebook users could communicate without creating an account on each platform. Welcome to the Fediverse.

Lopez explains, “The idea of federations is one that has been embraced by anarchists for many decades, most notably during the Spanish Civil War.” (During the Spanish Civil War, millions of people organized their lives in a bottom-up fashion through federations without a centralized state.) “The fact that we can run our own Mastodon server and never be kicked out, like what recently happened to [anarchist news site] It's Going Down and others on Facebook, and still be part of this larger constellation of Mastodon servers, or Fediverse, is a very anarchist vision of what the world should look like. Small self-governing communities or affinity groups, united but decentralized.”

Another perk may be that, unlike Facebook, Mastodon does not have a centralized Law Enforcement Response Team (LERT) as the platform isn’t owned by any particular company or individual. In 2019, police requested data from 164,782 Facebook accounts, and the company complied in 88% of cases. Mastodon as a whole can’t comply by design: “This decentralized nature does mean that, for example, US law enforcement does not have total reach like it does with US tech companies,” founding developer Rochko tells Mic.

Kodiak Couch, an anarchist organizing with Slay the System, an agitprop collective creating content on Leftbook (Facebook for leftists), first joined Mastodon in 2018. Couch tells Mic they joined because, “It had been presumed that Facebook would inevitably censor, restrict, and collaborate with federal agencies progressively as it is doing now [...] Corporate platforms hinder this ability to freely associate, for they turn us into marketing research commodities, and purposefully stoke division.” Slay the System joined Kolektiva Social after Facebook decided to boot anarchists from its platform.

For a time, Mastodon was billed as “Twitter without Nazis,” a haven for the left. But this changed in 2019, when social media network Gab created a Mastodon server and its white supremecist users followed. As tech companies attempt to address the spread of far-right mass disinformation campaigns that lead to real-world violence, groups like Qanon may increasingly migrate toward Mastodon. Last month, YouTube announced new moderation policies that outline the removal of content that targets or harasses people based on conspiracy theories.

The far-right’s migration is an unfortunate side-effect of Mastodon’s decentralized model. Anyone with the source code can start a server, Rochko tells Mic. But there are ways to limit their reach. Rochko says he has seen moderators boot QAnon conspiracy theorists off Mastodon servers. The servers he operates, for example, don't tolerate dangerous misinformation, and he says he has a high confidence in servers advertised on the Join Mastodon introductory page. But, Rochko adds, “I'm aware that there are servers out there that are full of them.” Mastodon’s hostility toward those groups might make other social media alternatives, like privately owned Parler, known as a 'Twitter clone for conservatives,' more attractive to the far-right. Following last week’s election results, Parler has become the most downloaded app in the App Store and in Google’s app marketplace, amassing one million users over the past few days.

While de-platforming far-right movements and their fundraisers can hinder their organizing, some argue that addressing power imbalances at their roots are necessary for squelching hateful conspiracies. Cory Doctorow, in his book How to Destroy Surveillance Capitalism, asks “What if the trauma of living through real conspiracies all around us — conspiracies among wealthy people, their lobbyists, and lawmakers to bury inconvenient facts and evidence of wrongdoing (these conspiracies are commonly known as “corruption”) — is making people vulnerable to conspiracy theories?”

Social media alternatives like Mastodon promote a world without a reliance on people in power, which, of course, makes powerful people less powerful. If conspiracy theories and supremacist rhetoric are a manifestation of systemic power imbalances, then social media alternatives that prioritize people over profit — while also moderating for supremacist rhetoric as much as possible — should lead society into a more liberatory direction.

Lopez remembers how the internet was originally managed by its own users in this way. “Indymedia, launched in 1999 by anarchists, revolutionized things people now take for granted, like blogging, photo sharing, and audio and video streaming, all in a worldwide decentralized network of Independent Media Centers (IMC's),” he says. But then, as well-funded capitalists monopolized social media, independent platforms suffered.

Sometimes progress means addressing what went wrong in the past. “I think it's time to once again embrace that saying from the 90s,” Lopez says. “Don't hate the media, be the media.”

More like this
Amazon fired employees in retaliation for climate activism, the U.S. labor board says
By AJ Dellinger
Your smaller pandemic friend group is actually a good thing
By Joseph Lamour
Biden's American Jobs Plan throws $2 trillion at America's crumbling infrastructure
By AJ Dellinger
Stay up to date