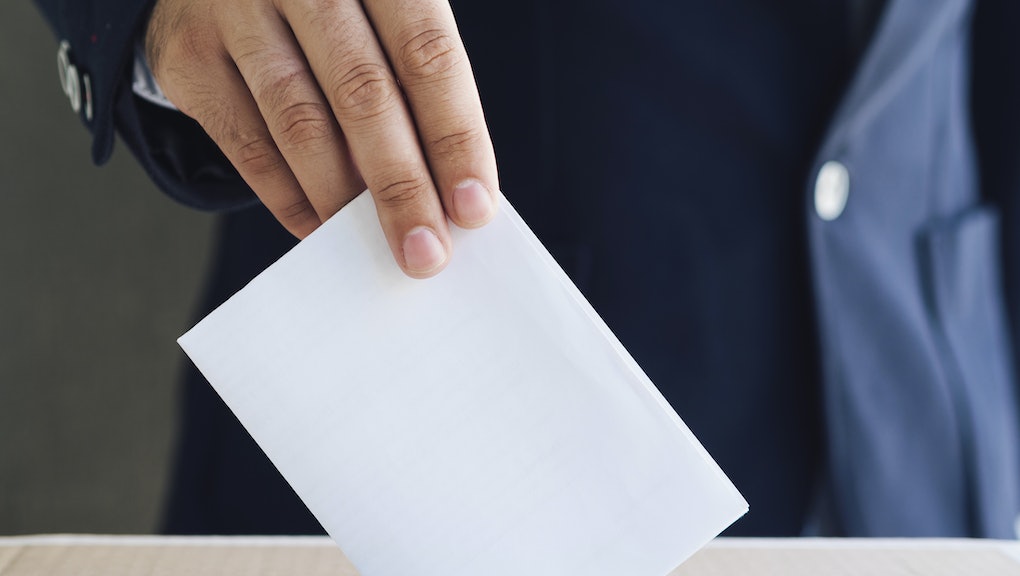 Iowa caucus winner is still unclear due to inconsistencies

Tallying the votes of elections is always a bit complicated, but Iowa's presidential caucus has taken things to a whole new level. Despite thousands of Iowans making their choices Monday, the Iowa caucus winner is still unclear due to inconsistencies. With glaring mistakes in the caucus results, all that can be said for certain is that it comes down to a tight race between Pete Buttigieg, the former mayor of South Bend, Indiana, and Vermont Sen. Bernie Sanders at the top.

Thanks to a breakdown in an app that precincts were supposed to use to report their vote totals, there was a huge delay in counting votes. The first results weren't released by the Iowa Democratic Party until late Tuesday afternoon — and even then, the information provided was only partially complete. Since then, the vote totals from additional precincts have trickled in all week.

However, not all of the blame around the existing confusion lies with Shadow, the company who designed the app.

On Thursday, NBC News reported that its review of caucus results showed it is "rife with potential errors and inconsistencies." Having errors in your election results is bad no matter what, but it's especially worrisome because of how close the race is. With all precincts reporting, as of Friday morning Buttigieg is ahead of Sanders with 26.2% of the delegate total compared to 26.1% for Sanders.

"When you have a tied result, even the smallest sort of inaccuracy could be consequential," John Lapinski, director of the Elections Unit at NBC News, said. "If there was a lot of spread in this race, these errors would be insignificant. But when we are talking about a tied race, everyone wants to know that every number is correct."

NBC News isn't the only outlet with concerns. The Associated Press tweeted that it was "unable to declare a winner of Iowa’s Democratic caucuses because of irregularities in this year's process and the tight margin between Pete Buttigieg and Bernie Sanders."

The lack of public information didn't stop Buttigieg from making a victory speech Monday night, though, despite the fact that at the time zero precincts had reported official results. The speech may have rallied some supporters of the former mayor, but it caused a lot of distrust online and even resulted in the Twitter hashtag #MayorCheat.

In response, Sanders's campaign released internal caucus numbers collected from almost 40% of precincts. Those numbers showed that Sanders was in the lead, but he did not declare victory for himself. Rather, Jeff Weaver, Sanders' senior adviser, said, "We recognize that this does not replace the full data from the Iowa Democratic Party, but we believe firmly that our supporters worked too hard for too long to have that work delayed.”

However, some of Sanders's supporters are concerned that the continued lack of clarity comes from national Democrats who don't want to acknowledge his win. These concerns became more pronounced after Democratic National Committee Chairman Tom Perez called for a recanvass of the Iowa caucus on Thursday, tweeting, "Enough is enough."

When asked if he made the call after seeing that Sanders was gaining on Buttigieg, Perez told CNN, "That's just not accurate."

"I've spoken to Sen. Sanders. I've spoken to Mayor Buttigieg. I've spoken to other candidates. And I've told them our North Star is accuracy," Perez said. "We want to make sure that if there's another issue in another county, that there's a process. And that's why we've asked the state party if there are other issues that emerge, let's take a look at them."

Perez later backtracked to say that not all precincts would have to audit their results, but rather the ones whose reporting showed errors or inconsistencies. Sanders was shown to win the equivalent of Iowa's popular vote, giving the senator at least one victory but also fueling claims from some of his supporters of subterfuge.

While President Trump makes history as the first impeached president to campaign for re-election, the Democrats bungled their efforts to unseat him right out of the gate. The Iowa caucus is supposed to kick off the presidential cycle, but this debacle may be impacting people's faith in the system instead.