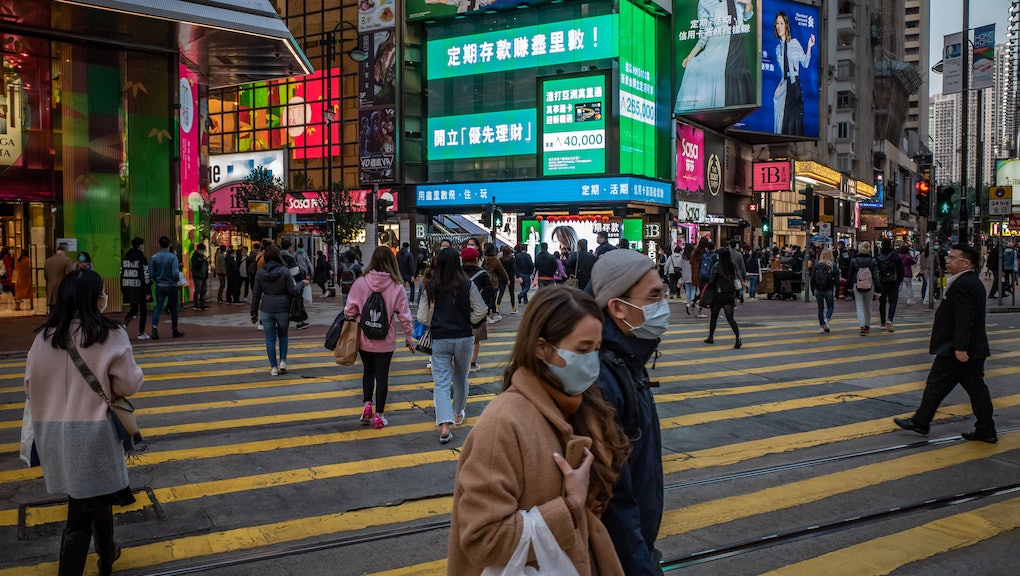 Is China downplaying the Coronavirus like it did with SARS?

The ongoing coronavirus outbreak in China feels a little like déjà vu. Amid the murkiness surrounding the virus’s origins, it’s hard not draw comparisons to the severe acute respiratory syndrome (SARS) outbreak in the early aughts. At the time, the Chinese government drew sharp criticism for downplaying its severity. Although China seems intent on not repeating past mistakes — they're mobilizing more aggressively against the new coronavirus — recent reports suggest its response is tinged with the same secrecy, which may undermine efforts to halt the outbreak.

China announced the outbreak of Wuhan coronavirus on December 31, Vox reports. Health authorities in Wuhan, the capital of Hubei province, said most of the patients had a history of exposure to a food market there, and the earliest case showed symptoms on December 12. They also noted that it wasn’t clear whether the virus, known as 2019 Novel Coronavirus (2019-nCoV), could spread between humans, suggesting they had caught it from animals in the market.

The virus has spread rapidly since then. So far, it’s killed 170 people and sickened 8,100 in mainland China alone, CNN reports. More than 100 cases have cropped up in 20 other countries, and experts worry the outbreak may balloon into a pandemic. In other words, the outbreak is definitely not as mild as Wuhan health authorities initially made it out to be, per Vox.

A study in the Lancet, authored by Chinese researchers and doctors on the ground in Wuhan and published online on January 24, suggest that this could be because 2019-nCoV may have begun spreading among humans weeks earlier than Chinese officials had reported.

Vox explains that the study focused on the first 41 patients and found that by the time China announced the outbreak on December 31, several patients had no exposure to the market. More troubling still, neither did the first known patient, who got sick on December 1, 11 days before Wuhan health authorities said the earliest case had emerged. Daniel Lucey, an infectious diseases physician and adjunct professor of infectious diseases at Georgetown University Medical Center, told Vox this suggests that 2019-nCoV was spreading as early as October.

The study also cited an example of possible transmission between humans, which emerged nearly two weeks before China announced the first confirmed cases of human-to-human spread on January 20. And most hospitalized patients were healthy and younger than 64, despite authorities initially stressing that patients were elderly and already had underlying health conditions.

These inconsistencies may have stemmed from Wuhan health authorities lacking sufficient information to accurately describe the outbreak, or China’s rigid bureaucracy slowing down the release of information. Alternately, China may be understating the scale of the outbreak, as it did with the SARS outbreak in 2003, when officials undercounted cases and delayed warning the public, leaving people carrying the virus free to travel and potentially spread it, per STAT.

That said, the World Health Organization (WHO), which declared Wuhan coronavirus a global health emergency on January 30, has praised China’s robust response to the outbreak, the New York Times reports. Meanwhile, STAT notes that state media has highlighted how President Xi Jinping has ordered local authorities to be transparent about the scale of the outbreak.

But that commitment to transparency may only go so far. Eight people were allegedly arrested in Wuhan for posting on the Facebook-like app Weibo that SARS had returned, per Poynter, while VICE reports that a man was detained for 10 days by Tianjin police for criticizing China’s response to the outbreak in a private messaging group on the app WeChat. This week, the government announced that, to curb the spread of rumors about the outbreak, social media posts could contain information only from state-run media; otherwise, the person behind the post could land in jail for three to seven years.

State-run media, meanwhile, have published glowing coverage about the government’s response to the outbreak, including videos showing the construction of a new hospital in Wuhan, and fake photos of the hospital (which were actually of an apartment in Qingdao, hundreds of miles away). While China seems to have made progress in managing public health crises, it still has a long way to go in terms of transparency.