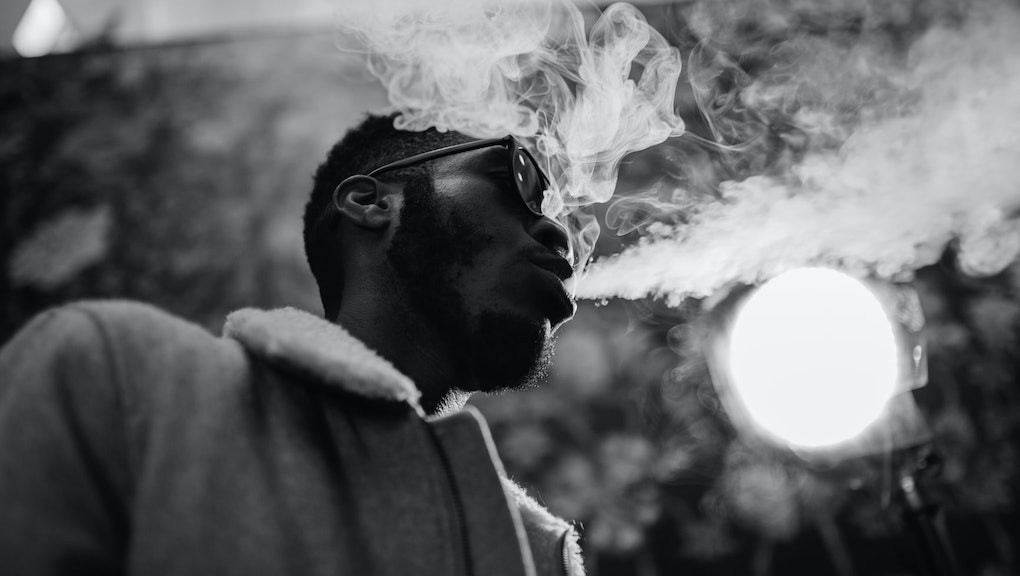 The proportion of middle and high school students in the United States inhaling secondhand e-cigarette smoke has grown significantly, according to a study published in JAMA Network Open on August 28. Experts say the findings provide evidence that smoke-free laws banning smoking in public spaces should also apply to vapes.

Researchers from the Dana-Farber Cancer Institute, the University of Illinois Urbana-Champaign, and other institutions used data from the National Youth Tobacco Survey, gathered from 2015 to 2017. The survey asked middle and high schoolers how often they inhaled secondhand smoke from conventional cigarettes and secondhand aerosols from e-cigarettes in indoor or outdoor public spaces (such as school buildings, stadiums, or parking lots) in the past 30 days.

The proportion of teens exposed to secondhand cigarette smoke decreased, from 52.6% in 2015 to 48.7% in 2018 — but the proportion of those exposed to secondhand e-cig aerosols increased, hovering at around 25% from 2015 to 2017 before rising sharply to 33.2% in 2018. According to survey responses collected in 2018, teenage girls and white teens, as well as those who lived with an e-cig user, were more likely to breathe in secondhand e-cig aerosols.

The researchers attribute these trends partly to the growth in e-cigarette use, especially among youth. According to the Centers for Disease Control and Prevention, 2.1 million middle and high schoolers puffed on e-cigs in 2017, a figure that jumped to 3.6 million in 2018. The CDC also announced that 193 possible cases of severe lung illness associated with e-cig use were reported between June 28 and August 20. So far, there has been one death related to the outbreak. In an August 29 CBS This Morning interview, CEO of e-cig company Juul Labs Kevin Burns even cautioned non-smokers against vaping and noted that its long-term effects remain unknown

These and other reports are part of a growing body of evidence of the dangers of e-cigarettes to users. But what we know about the effects of breathing in secondhand e-cig aerosols is “still in its infancy”—although it’s not a huge stretch to assume that if these aerosols harm users, they probably also endanger people nearby who breathe them passively, says Panagis Galiatsatos, a pulmonary and critical care medicine specialist at Johns Hopkins Medicine and a spokesperson for the American Lung Association.

Despite widely-held beliefs that e-cigarette aerosols are just “water vapor” and “cleaner” than cigarette smoke, they contain harmful carcinogens and heavy metals, as well as fine and ultra-fine particles, according to the CDC. These particles, found in pollution from car exhaust, “cause direct inflammation to your arteries,” among other acute effects on the cardiovascular system, says Elisa Tong, an internal medicine physician at UC Davis Health. “We’ve learned this with secondhand smoke. We’re going through this all over again.”

But Tong adds that “more research needs to be done,” including measuring the effects of secondhand e-cigarette aerosol in people, as well as understanding them at a molecular level. Galiatsatos predicts that the study will “open up the floodgates” to more research. He notes that he plans to publish a case study of one his patients, who he diagnosed with hypersensitivity pneumonitis, a condition in which lungs become inflamed as part of an allergic reaction. His patient’s lung health improved when their loved one stopped vaping in their presence.

The JAMA Network Open findings, along with the huge popularity of e-cigs, raise the question of how to regulate vaping in public spaces. Indeed, the researchers also chalk up the increases in secondhand e-cig aerosol exposure to fewer vape-free policies than smoke-free policies. Only around 20 states include e-cigarettes in their smoke-free laws, which ban cigarette use in workplaces, restaurants, and other public spaces, according to the Campaign for Tobacco-Free Kids. A major concern is that while the noxious odor of cigarette smoke often cues bystanders to leave the premises, the often sweet fragrance of e-cig aerosols may not register as harmful, Galiatsatos says. Minutes to hours later, they may begin suffering from asthma exacerbations or shortness of breath.

Galiatsatos believes that the new study could be used to advocate for stricter policies to not only reduce access to e-cigs, but also secondhand exposure to them. “We knew the impacts of secondhand smoke from combustible cigarettes and advocated for smoke-free spaces,” he says. “We need to follow the same parallel.”

More like this
People are taping their mouths to stop snoring
By Tracey Anne Duncan
How long a weed high lasts, according to science
By Melissa Pandika
COVID-19 vaccine drug interactions: Is there anything I should avoid?
By Joseph Lamour
Stay up to date