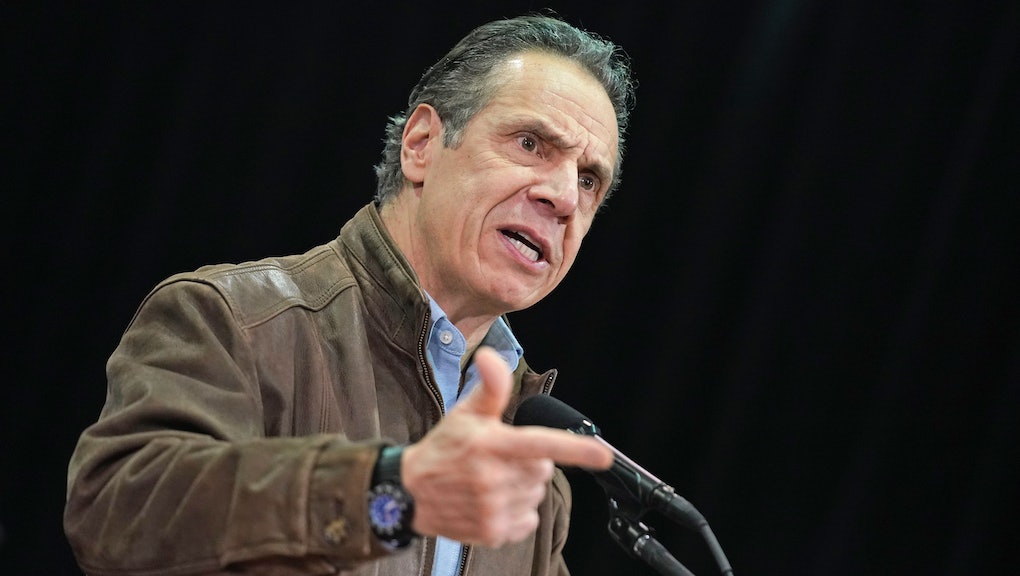 Is the Andrew Cuomo reckoning finally at hand?

On Wednesday morning, Lindsey Boylan — a former top aide to New York Gov. Andrew Cuomo, and current candidate for Manhattan borough president — accused her former employer of sexual harassment and creating a toxic work environment during her time in his administration.

The allegations, published by Boylan on Medium, are as disturbing as you'd probably expect: jokes about playing strip poker, not so subtly approving references to other sexual harassment scandals, and an unwanted kiss on the lips in his office. Boylan's account details not only Cuomo's alleged harassment of her, but the fact that his behavior was well-known among — and aided by — many within his executive orbit.

"Gov. Andrew Cuomo has created a culture within his administration where sexual harassment and bullying is so pervasive that it is not only condoned but expected," she wrote. "His inappropriate behavior toward women was an affirmation that he liked you, that you must be doing something right. He used intimidation to silence his critics. And if you dared to speak up, you would face consequences."

Indeed, Boylan claims that after she initially referenced the alleged harassment on Twitter, she was approached by two other women whose experiences with Cuomo allegedly matched hers.

On their own, Boylan's allegations would be the sort of charge that could topple a lesser administration. But Cuomo's time as New York governor has been marked by a conspicuously Trump-like tendency to wiggle out of potential scandals — either by exploiting the political system to protect him from consequences, or by using the sheer blunt force of his combative personality to overwhelm any sort of blowback.

However, as The New Republic's Alex Pareene noted just one day before Boylan published her essay, Cuomo's luck may be running out, thanks to the uniquely made-for-TV nature of his latest round of scandals. Cuomo's previous scandals have largely consisted of labyrinthine machinations within the obtuse halls of New York State politics — the sort of scandal that renders his well-documented history of domineering abuse simply not all that resonant with a majority of news consumers.

But lately, the steady drip-drip-drip of allegations against him — New York Attorney General Letitia James's investigation alleging deaths in nursing homes might have been 50% higher than Cuomo's administration first reported; Cuomo's alleged threat to "destroy" a state assemblyman who criticized the governor over James' report; charges that Cuomo "hid" the full extent of COVID-19 fatalities from federal investigators — all mark a decidedly different type of threat to Cuomo's previously invincible standing. As Pareene points out, these latest scandals, and now Boylan's allegations, are straightforward and easily digestible, even for constituents who consume their information in three-minute packages on the local TV news, rather than through in-depth newspaper investigations that often rely on decades' worth of other reports to provide context and nuance.

It's all to say that if Boylan's allegations do indeed mark the beginning of the end of the Cuomo reign (still very much TBD), it's in part due to Cuomo's own reliance on being an executive who acts like a leader in broad televised strokes, but actually governs through a decidedly Machiavellian lens behind the scenes. Finally, these scandals pit his public persona against allegations that are as broad and simplistically binary as the persona he's crafted for himself.

More like this
Large adult son Andrew Giuliani won't stop talking about cheese for some reason
By Rafi Schwartz
CPAC may be over, but its horrors will haunt us forever
By Rafi Schwartz
Texas is about to enact a law that encourages people to snitch on abortion patients for cash
By Vanessa Taylor
Stay up to date