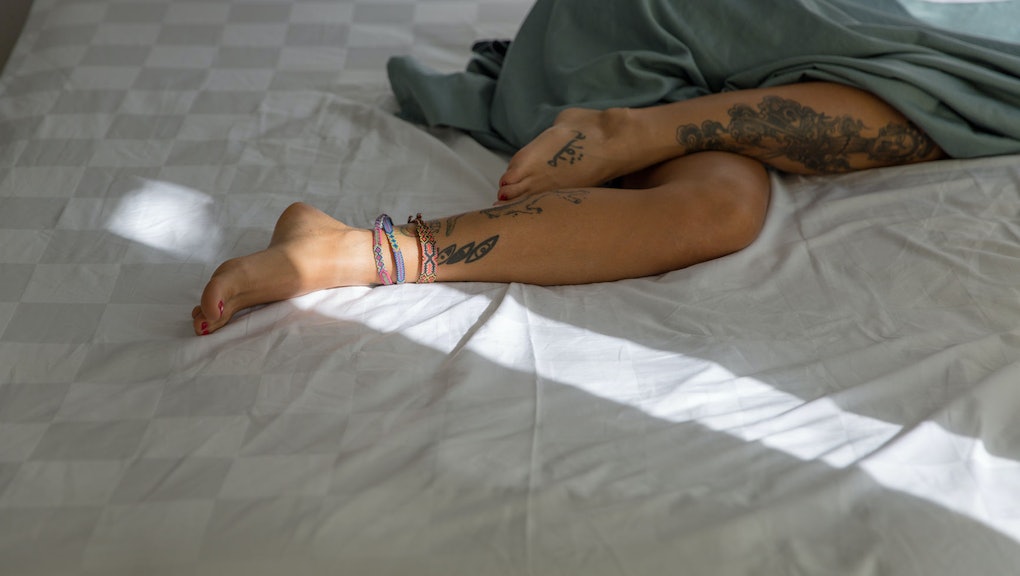 Is your sleep schedule messed up? 'Social jet lag' might be to blame

Maybe you’ve lived some version of this scenario: You’re out with your friends on Friday night, planning to hit up only one, and only one bar. Come midnight, you're not enough to head home, so you hang at a nearby lounge until dawn, get home, and sleep in until noon. Later that evening, you have dinner with an out-of-town friend. Bright-eyed and hopped up since your day has just begun, you convince them to grab drinks, resulting in another 5:00 a.m. bedtime. By Sunday night, your sleep schedule is in shambles; you don’t manage to drift off until around the same time — an hour before you need to get up for work. The rest of the week, you struggle to crawl out of bed in the morning and look like the living dead.

Sleep experts call this condition social jet lag: when somebody’s sleep time and their social obligations — like work or school — are out of sync, explains Ramiz Fargo, a sleep specialist at Loma University Medical Center. You basically feel like you’re in a different time zone from everyone else. Social habits, like partying late into Saturday night, are often to blame.

Another possibility is that your chronotype — when you tend to fall asleep and awaken, largely regulated by your biological clock — is delayed. In other words, you may be a “night owl” wired to sleep and wake up later than most people. (“Early birds” are the opposite, sleeping and waking up earlier than most people.) Age can influence your chronotype (teenagers often have a delayed chronotype), although hormone levels and possibly genetics, can also play a role, Fargo says.

Besides making you feel like a hot mess during the workweek, studies have associated social jet lag with poorer mental health, obesity, diabetes, and heart disease. Sleep deprivation can also impair learning and focus, and increase your likelihood of engaging in risk-taking behavior, says Beth Ann Malow, a professor of neurology at Vanderbilt University Medical Center.

Although the road may be smoother if your social jet lag is rooted in behavior rather than biology, fortunately, you can take steps to get your sleep patterns back on track. Here’s how:

Get plenty of bright light in the daytime

In the mornings, set your brain to “awake” mode by exposing yourself to bright light, Fargo says. Spend some time outside, or in front of a light therapy box if it’s winter, or if you live somewhere that doesn’t get much sunlight.

Limit your exposure to bright light in the evenings

“Try to avoid light in the evening because the light is telling your brain, ‘Hey, it’s still daylight’ and encouraging your brain to stay awake,” Fargo says. After dinner, dim the lights and avoid watching screens of any kind, which can help your brain secrete more melatonin, a hormone that promotes sleep. Or, get your vain celebrity on and, as Fargo suggests, wear your shades indoors, especially if your family members or roommates want to stay up later and leave the lights on.

If you have trouble limiting your light exposure in the evenings, your brain won’t secrete the melatonin needed to help you fall asleep. Taking melatonin supplements can help, Fargo says. These tablets are not as aggro as sleep medication, but they can be gently effective for a lot of people.

Ideally, you would go to bed on weekends not that much later than you do on weekdays, Malow says. But if you happen to stay out late, try sleeping in until 9:00 a.m. and taking a short nap later in the day, instead of sleeping in until noon in order “to keep as best as you can on schedule.”

Also, keep in mind that napping can be a a double-edged sword, Fargo says. A nap can be refreshing on days when your drowsiness is hampering your ability to function, especially when limited to about 20 minutes and taken when your wakefulness naturally takes a dip in the early afternoon. But it can also keep you from sleeping early that night, which is the goal if you have social jet lag. Over the long-term, regular napping may just make it harder for you to shift your sleep-wake cycle.

If you can, schedule according to your chronotype

If you’re a teenager, a delayed chronotype may very well underlie your social jet lag. “It’s unusual for people in their 30s and 40s to have a delayed chronotype,” Fargo says. If you fall within that age range, behavioral changes will probably suffice.

But if you have a hard time making these changes, you may have a delayed chronotype, in which case, ask your supervisor if you can start and end work later, or if you’re a student, register for classes later in the day. “Schedule things around the time you’re more awake and able to function,” Fargo says.

If you have the means, see a sleep specialist

If you believe a delayed chronotype is the culprit behind your social jet lag, Fargo suggests seeing a sleep specialist, who can help you use a sleep diary, special watches that monitor your movement while you sleep, and other tools for dealing with your chronotype.

Social jet lag can feel stressful and frankly, pretty miserable. Taking steps to adjust your sleep patterns can help you get the rest and restoration thayou need to show up as your awake, fully-present self.

This article was originally published on Sep. 19, 2019

More like this
How much sleep you need, depending on your age
By Dana McMakin
Didn’t get enough sleep? Here's how to survive the day, according to doctors
By Tracey Anne Duncan
India's failed COVID response leaves young people scouring social media for oxygen
By Urmi Bhattacheryya
Stay up to date