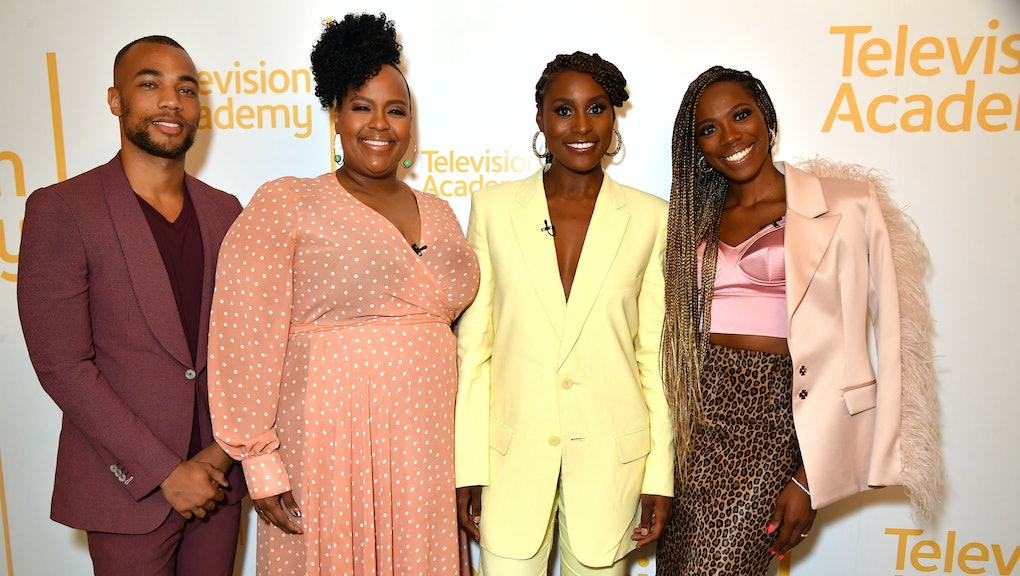 Unfortunately, the series finale of Insecure finally has a release date, so the end is near. Today, a new trailer revealed that the final season begins October 24, and will feature Issa reflecting on her life one last time.

The trailer is centered on a montage of Issa's trademark bathroom scenes staring into the mirror with her voiceover, explaining her desires to be drama-free despite being terrified of the future, even though she feigns confidence in front of everyone on the outside of her mind. In the end, it's revealed she's speaking with her inner voice manifested in her mirror reflection telling her she's not done. From the trailer, it appears the final season of Insecure will be one predicated on introspection and reflection. So, we decided to follow suit and reflect on three of the best lessons Issa's HBO comedy classic taught us over the years.

Listen To Your Inner Voice

Over the last four seasons, the closest person to Issa wasn't her best friend Molly, her on again-off again love interest Lawrence, or even her family. Issa's closest confidant has been Issa's inner voice which usually manifests in her mirror ready to give advice or a much needed read of Insecure's main character. Whether it's encouraging her to hit the dating scene in season two after her breakup with Lawrence with a "ho for it, ho for it, ho" chant, or reminding her she's "a grown-ass woman like Solange’s sis," Rae has made it abundantly clear, if you need motivation, look no further than the person within.

Value Your Sisterhood With Honesty

What good is a friendship if you can't tell each other the truth? Insecure makes a concerted effort to depict the sisterhood Issa has with her girl friends as adult friendships that holds no punches with one another even if it leads to a fight. In one episode, Issa's best friend Molly accused her of enjoying how messy her life is before explaining "I'm just trying to help you be real with yourself and hold you accountable." Issa returned the brutal honesty with a bit of her own by asserting Molly's penchant for finding something wrong in all of her relationships has Issa questioning if her friend even wants to be happy. Even though the two stopped talking for a large part of season four, Insecure makes sure to teach people that love is hard, especially the love needed for a sisterhood.

Lawrence went from depressed couch potato to landing a stellar gig at a tech startup, and Issa spent all of season four turning her idea of a community block party into a reality. Insecure has always been great at showing millennial Black people turning struggle into success. Most of those mirror advice sessions between Issa and her alter-ego were solely meant to amp her up to take a risk in her own self-interest.

Season five has a number of questions to answer: Do Molly and Issa mend their broken friendship? Will Insecure do a time jump to Lawrence being a father to the child he conceived with Condola? Will he get back with Issa? Will Molly and Andrew get back together? Hopefully we'll get these answers and a few final affirmations to get our lives right by the end of one of the best TV series of the last decade.

More like this
Colin Kaepernick's new Netflix documentary highlights the man behind the icon
By Keith Nelson Jr.
Willie Garson’s pristine performance on 'Sex and the City' changed queer representation forever
By Chloe Stillwell
Amazon wants to legalize it
By Melissa Pandika
Stay up to date