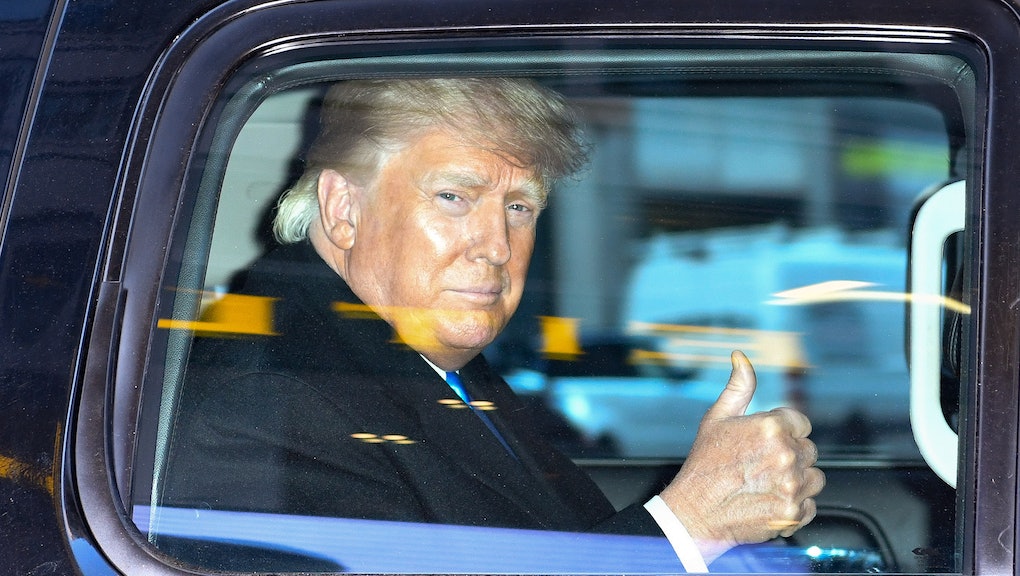 Save for an appearance at CPAC where he played the hits, and some very sad press releases sent from "The Office of Donald J. Trump," the former president has been largely absent from the public eye since Joe Biden took over the White House. Rather than any sense of quiet dignity, though, the retreat is likely just the result of Trump being banned from basically every social media platform imaginable for inciting a coup attempt. That might be changing soon: During an appearance on Fox News, Trump adviser Jason Miller said the former president will be returning to the internet with a Trump social network of his own, which is expected to launch in the next two to three months.

Miller, who has basically made an entire career out of being Trump's hype man, claimed that the rumored Trump social network will be "the hottest ticket in social media" and that "it's going to completely redefine the game," though he provided no details as to what the platform would look like or how it would work. Trump has teased the launch of a new social network in the past: During an appearance on the podcast The Truth with Fox News contributor Lisa Boothe (yes, Trump is doing podcasts now), Trump told Boothe, "I'm doing things having to do with putting our own platform out there that you'll be hearing about soon."

According to Miller, Trump has been having "high-powered meetings" at Mar-a-Lago with companies interested in the venture. Almost certainly, none of those meetings included the CEOs from the big tech firms. Trump has been nearly universally banned by many platforms, ranging from social networks like Facebook and Twitter to e-commerce platform Shopify and payment processors Stripe and PayPal. It's possible he's had conversations with existing right-wing social media sites like Parler, which reportedly offered Trump a 40% stake in the company to post exclusively on its platform, and Gab, which created and held an account for Trump and posts a syndicated feed of content but is not actively used by Trump himself. No details as to who was involved in the meetings has been released, so who knows if Trump has engaged with any of these existing platforms at this point.

The idea of a Trumpian social network has been floating around for years now under the idea that Trump's audience will basically follow him anywhere. Miller went so far as to claim during his Fox News appearance that Trump's platform would draw "tens of millions of people." But it's hard to see that being the case. Trump has a little over 2 million followers on Gab — well short of the nearly 89 million followers he had on Twitter. Parler, the most popular landing site for Trump lovers and QAnon followers who left or were banned from Twitter, boasts about 20 million registered users, but its actual active user base is closer to just two million.

Trump could easily make an existing platform like Gab or Parler his permanent home, as any social network he launches is unlikely to be discernibly different from any other far-right Twitter clone that is barely holding on to relevance and always on the verge of getting booted from the internet for hosting deeply upsetting content.

But simply being on those platforms is probably not enough for Trump, who needs to be the center of attention. The "killer feature" of a Trump social network is Trump himself — that is the only thing that will set it apart. Whether that is enough to pull any Trump network from the fringes of relevancy is yet to be seen. But for the next few months, let's just enjoy the silence.