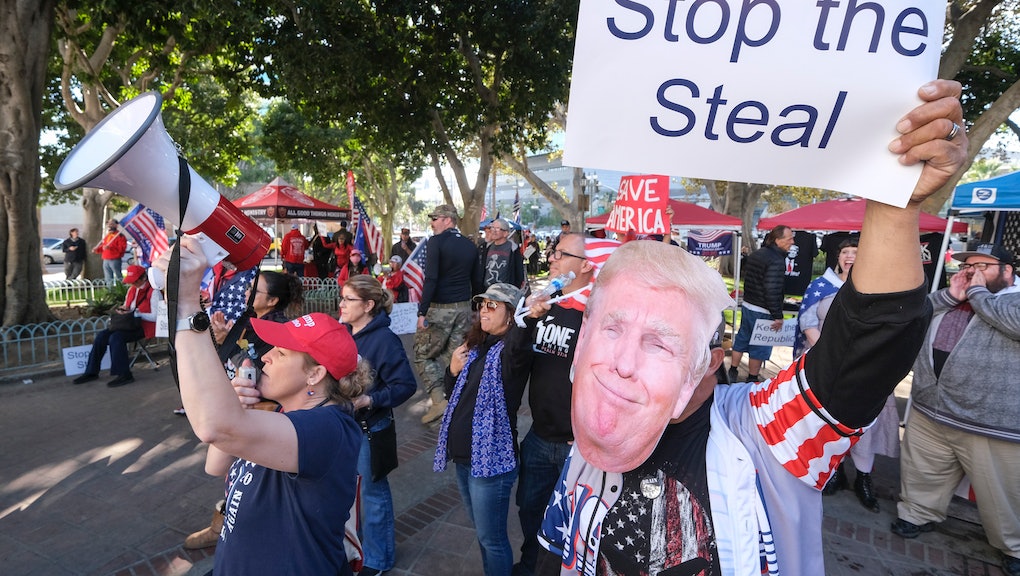 It sure would be a shame if Fox News lost $1.6 billion for its voter fraud lies, wouldn't it?

I almost (almost!) feel sorry for Fox News these days. Sure, they're the same noxious, fascism-boosting, racist cesspool they've always been, but the momentum the network had built over the past four years as THE network of the Trump era has abruptly — hilariously — dissipated now that The Donald is busy licking his wounds in Florida and President Biden is finding his footing in D.C. Where once Fox News dictated the nation's news cycle, it's since been reduced to whining about Dr. Seuss and rehashing political gossip.

I mention all this to say that these past few months are hardly what could be described as Fox News's "glory days" compared to their lofty perch during the Trump years. And now, to add insult to injury — or at least, to welcome some long overdue chickens home to roost — Fox News has been slapped with a whopping $1.6 billion-with-a-B lawsuit over its breathless(ly conspiratorial and ultimately baseless) coverage of an alleged plot by Dominion Voting Systems to somehow rig the 2020 presidential election in Biden's favor. The company's machines had been falsely accused of somehow deleting votes for Trump or changing votes to favor Biden — claims for which there is no evidence.

In a defamation suit filed in Delaware on Friday, Dominion claims Fox knowingly "sold a false story of election fraud in order to serve its own commercial purposes, severely injuring Dominion in the process."

The suit, one of several filed by Dominion against various parties — including Trump attorneys Rudy Giuliani and Sidney Powell — alleges that Fox News knew its reporting on the company's alleged voter fraud and electoral manipulations was a lie, but set out to take "a small fire and [turn] it into a forest fire" in part to lure back electorally dissatisfied viewers who were angry at the network for what they perceived as its insufficient fealty to Trump. Fox News's Decision Desk was the first network to call Arizona for Biden on election night, a key projection that put Trump's path to victory in doubt.

Dominion isn't alone in taking Fox News to court over its enthusiastic hyping of various baseless voter fraud myths. In early February, Smartmatic USA, a separate voting software company, filed its own $2.7 billion suit against the network, several of its more reality-unmoored hosts, and Giuliani and Powell again, claiming similar damages. Unlike Dominion, whose machines were utilized in multiple states during the 2020 election, Smartmatic's technology was only used in Los Angeles County.

In a statement, Fox News responded to Dominion's suit, saying the network "is proud of our 2020 election coverage, which stands in the highest tradition of American journalism," and vowed to "vigorously defend against this baseless lawsuit in court."

More like this
This poll shows just how strong Trump's hold on Republican voters is
By AJ Dellinger
Trump thinks Robert E. Lee would have been great in Afghanistan
By Rafi Schwartz
Insurrection enthusiast and acid trip 'Batman' villain Roger Stone got served court papers on live radio
By Rafi Schwartz
Stay up to date