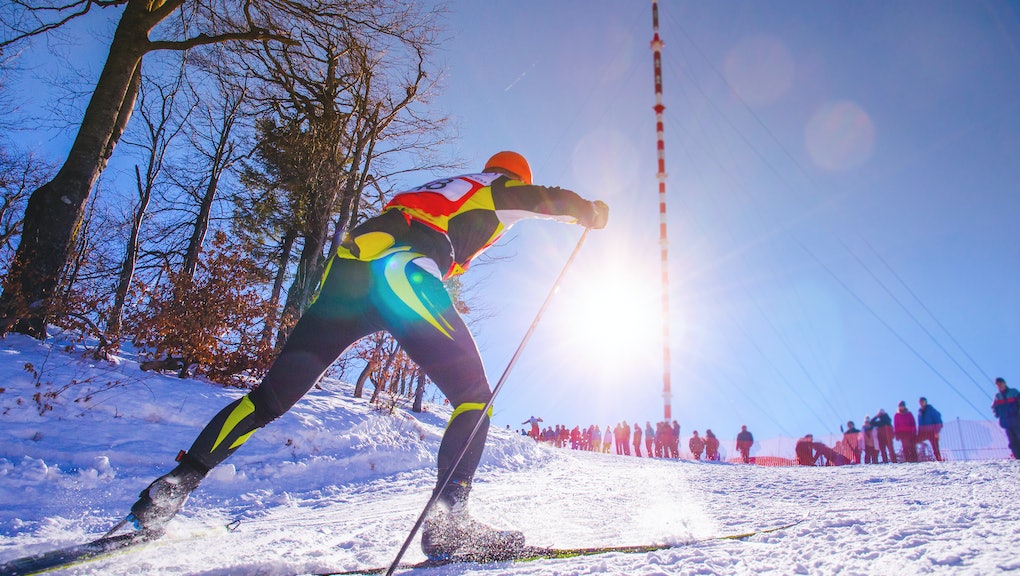 The next Olympic games may still be over a year away, but if you're hungering for some competition-related news, you're in luck: it was announced on Monday, June 24 that Italy will host the 2026 Winter Olympics. As reported by People, Italy's games will take place in both Milan and Cortina d’Ampezzo, as the cities presented a joint bid for the honor.

Although Milan has never before hosted the iconic events, Cortina d'Ampezzo was previously home to the Winter Olympics back in 1956. Overall, Italy has hosted the games three times throughout history, with the most recent occasion being in 2006, when the Winter Games took place in Turin. To win its 2026 bet, Italy beat out Sweden, which had posited Stockholm-Are as a location. They were the only two countries bidding for the honor.

Italy's win comes as a thrill to those who've been rooting for the country to get another chance at hosting the Olympics since the bid was first announced back in spring 2018. “I’m really emotional,” Italian Olympic president Giovanni Malago said during the news conference announcing the decision, according to The AP. “It’s a very important result, not only for me but the whole country.”

That's an understatement. Hosting the Olympics means that Milan and Cortina d’Ampezzo — and Italy in general — will see a massive influx of tourists, money, and attention both during the games and in the months leading up to them. That said, the downside of being chosen as the location is, of course, the enormous cost. As the AP reports, Italy's total operating costs for the games will likely be about $1.7 billion in total, of which the International Olympic Committee (IOC) plans to give at least $925 million.

Although Italy has seven years to build the venues and other infrastructure needed for the games, there's reason to wonder how that'll all get done, considering the significant debt issues currently faced by the country. As reported by Reuters, Italy's debt is more than twice that of the European Union's ceiling, and it might continue to rise even further. But Italian officials are optimistic, with Italy Undersecretary of State Giancarlo Giorgetti noting at the press conference that two particularly wealthy Italian provinces, Lombardy and Veneto, will help underwrite the costs of the games. In addition, Italy's bid proposed that the country will use some existing infrastructure, so not everything will need to be built from scratch.

However the financing gets done, Italy's version of the games — which will take place from February 6-22 in 2026 — will undoubtedly end up being a must-see spectacle, like all Olympics tend to be. And there's plenty of time for people to get excited, as three games will occur before Italy gets its turn: the 2020 Summer Olympics in Tokyo, the 2022 Winter Olympics in Beijing, and the 2024 Summer Olympics in Paris. The location for the 2028 Summer Games has already been decided upon, with Los Angeles having been chosen to host the action back in 2017.

More like this
If "Today Is America" then what the hell is tomorrow?
By Rafi Schwartz
Wow, Donald Trump is actually following through on a threat to sue someone
By Rafi Schwartz
Trump's brilliant 2022 strategy is for Republicans to get into a messy intra-party fight
By Rafi Schwartz
Stay up to date