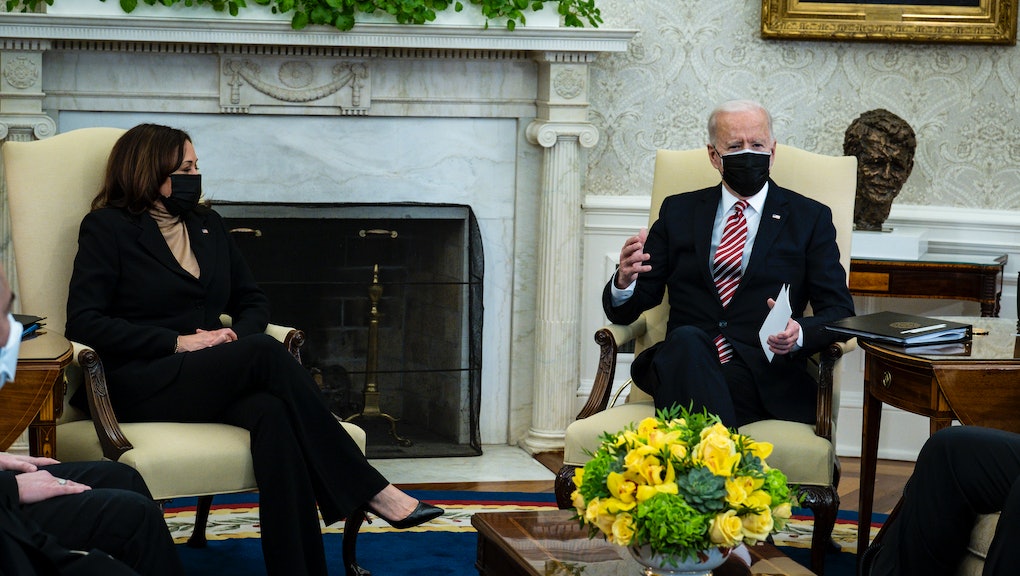 It's a mad dash, but Biden's $2 trillion stimulus bill might pass as soon as next week

On March 14, some 11 million Americans will lose the extended unemployment benefits that have kept them afloat during this coronavirus-inflected year of hardships and horrors. It's the sort of cataclysmic loss of absolutely crucial, life-saving financial aid which, en masse, risks erasing the painfully slow but nonetheless real progress that's pulled the United States through this dark pandemic winter. With that deadline looming, President Biden and congressional Democrats are scrambling to push a $1.9 trillion stimulus package through both the House and Senate in time to head off a potential catastrophe.

"The Senate is on track to send a robust $1.9 trillion package to the president's desk before the March 14 expiration of Unemployment Insurance benefits," Senate Majority Leader Chuck Schumer proclaimed in a letter to Democrats sent late last week. "We will meet this deadline," he promised.

The urgency of the situation has been met with a decidedly partisan response — but fortunately, one that enables Democrats to largely avoid the inter-party wrangling that might slow the passage of the relief act. After the House votes on the bill, as early as this Friday, Senate Democrats will pass the bill using the reconciliation process that enables them to send the measure to Biden's desk with a simple majority, rather than the 60-vote margin they'd need to overcome to avoid a potential Republican filibuster.

Republicans, predictably, aren't thrilled to find themselves in the helpless minority to which they often relegated Democrats during the past four years. In a letter to Senate leadership, a number of GOP lawmakers blasted the reconciliation workaround as being "devoid of any shred of meaningful bipartisanship," which is both technically true, and almost certainly of absolutely zero concern to the millions of people who simply need money in their bank accounts in order to continue surviving.

Key to the Biden stimulus plan is more than $400 billion in direct payments to individuals. The checks would be for up to $1,400 for individuals, which is far less than the $2,000 checks initially promised during the 2020 election. Congressional Democrats have since argued, seemingly with a straight face, that the overt guarantees of a $2,000 check were always intended to build off of the $600 direct payments issued during the final months of the Trump administration, but that excuse hasn't exactly been accepted by everyone.

The Biden plan also includes nearly a quarter of a trillion dollars in supplemental unemployment insurance, as well as additional small business loans and funds for virus tracing, vaccine dispersal, and other efforts designed to return the country to some semblance of functionality. The Biden administration has also included a provision that would more than double the current federal minimum wage to $15 an hour — long a priority of progressives, but a move that has inspired pushback from a number of more conservative Democrats, threatening the reconciliation process even without the help of Republican opposition.

Still, an intra-party debate over minimum wage seems a marginally easier hurdle to clear than an inter-party one. And assuming the issue is resolved by the Senate Democratic Caucus, the relief bill could be signed into law in just a matter of weeks. In the meantime, those counting on the enhanced unemployment insurance to make it through the month are simply stuck waiting, and hoping, that Washington doesn't fail them again.