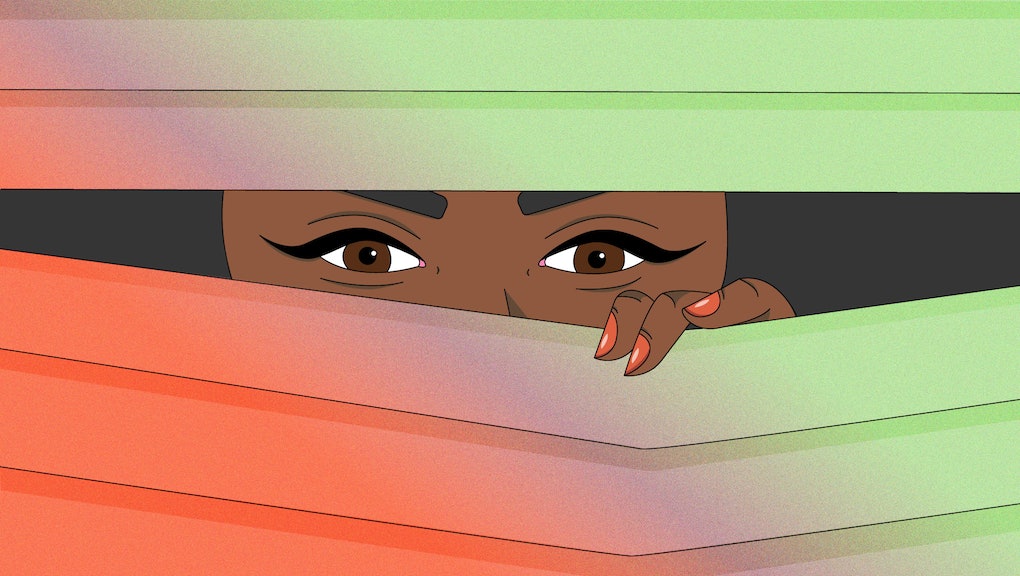 It’s time for Black horror to move beyond trauma

I've always been fascinated with the way horror can turn the familiar into the disturbing and use that dissonance to teach us something about ourselves. Arguably, the genre is one of the best ways a storyteller can offer social commentary and avoid an overly preachy, self-righteous tone at the same time. Although there is no shortage of forgettable horror movies, in its peak form, horror can intoxicate us with metaphors — hooking us in to rewatch, eager to unravel a deeper meaning each time. With that in mind, it's no surprise that there is an increase in horror stories that confront racism on-screen as Black people confront escalating instances of racist violence in real life. The better stories walk a fine line between portraying the causes of Black pain and showing Black people in pain, while the more regrettable offerings wind up serving as modern-day lynching postcards.

Taking pleasure in Black pain has been a well-documented pastime for white people in the United States for several generations. A quick Google search of "lynching postcard" will not only result with a definition of the term, but also some horrific images of Black people hung from trees by their gleeful white spectators. Though lynching Black people on a tree is no longer common, some have called the recent spate of extrajudicial killings by police modern-day lynchings. It follows that no matter the decade, images of Black people in pain do little to move white people, at least, and delight them at most. Images of mangled Black people entertain white audiences at Black people's expense.

Being "tired of Black pain" has long been a refrain expressed by Black people in response to these images, as well as movies like Precious and 12 Years a Slave. However, in 2017, just six months after police killed three Black men in three days, Jordan Peele's Get Out put Black pain on the silver screen in a way we'd never seen before. Rather than showing a parade of tortured Black bodies, Get Out exposed racism while reserving the bloodiest acts of violence for its white antagonists at the hands of the Black protagonist, Chris. The real world inundated Black people with sounds and images of police officers shooting, tasing, and choking them to death, but in Get Out, Chris's wounds are almost entirely resulting from attacks on his psyche. In contrast to a society that does not recognize Black humanity and believes white people to be intellectually superior, Peele forces the audience to think about the minds of the Black characters on screen. For most of the audience, this results in the powerful conclusion that the violence the villains enact on Chris's mind is deserving of the violent retribution he enacts on their bodies. Only the most ardent racists would fail to identify with Chris, and that's likely part of Peele's point.

Get Out isn't without its faults (the most notable one being that Black women are mostly irrelevant to the film), but it laid the groundwork for a new approach to telling the horrors of racism. Many believed its box office success would lead other filmmakers to build upon what Peele started. Four years later, while many stories have been told riding the race-based horror wave, there has yet to be a show or film that picks up where Get Out left off. Though the proliferation of race-based horror stories continues, and they grow increasingly violent, the only thing they have in common with Get Out is simply race. Rather than expanding on Black people's humanity, the latest entries in Black horror rely heavily on the tortured Black bodies that Peele's work initially steered us away from.

In Antebellum, directors Gerard Bush and Christopher Renz go through great lengths to depict graphic horrors experienced by enslaved Black characters, even at the expense of the story. By the end of the film, it’s not clear why the characters, or the audience, are made to endure so much violence. The message seems to be violence for violence’s sake. Though Lovecraft Country doesn't reserve its violence for its Black characters, it fumbles at a deeper meaning. It lacks awareness of the developments in the intracommunal conversations Black people have about colorism and Black stereotypes. All these stories manage to offer Black audiences is what we already know: racism is bad.

Amazon provides the most recent example with the release of Them, which winds up being an unfortunate knock-off of Peele's work in both name and approach (down to casting Shahadi Wright Joseph, who Peele previously cast in Us). The debate as to whether or not the show goes too far is ongoing, but what executive producer Little Marvin has yet to be honest about is — who is Them for? And, what does Them want from those viewers?

If the mission of the most recent Black horror stories is to terrorize Black people, mission accomplished. However, Marvin inadvertently contradicts himself in an interview with the Los Angeles Times. First, he claims he and his fellow writers "never once sat in the writers' room and said, 'How can we be controversial? 'How can we be provocative or hot button?'" A few paragraphs later, he admits, "I wanted a scene that would rip through the screen, grab the viewer by the jugular and force them to contend with a history of violence against Black bodies in this country."

What Marvin fails to inherit from Peele is the awareness of the lynching postcard. Marvin does not recognize the futility in trying to force white people to contend with their real-life violence by repeating that violence on screen. He offers nothing that forces them to think about the humanity of the Black people being harmed in his show. He expects white people to identify with "Black bodies" that he doesn't identify with himself. He expects them to empathize with victims they could never be because they have never, and will never, be in jeopardy of being on the receiving end of that violence.

Them – and too much other Black horror – attempts to teach white people a lesson by beating up Black people, and pressures Black people to participate in their own torment. If the fate of Black horror stories is to be more than the next iteration of the lynching postcard, storytellers will have to start by identifying with the humanity of Black people themselves. The challenge is not to repeat the white violence on screen but to shine a light on the truth, which is that Black people have been feeling, thinking human beings the whole time — that's what's scary.

More like this
How many times must victims relive their trauma in the Larry Nassar case?
By Chloe Stillwell
Daniel Craig's take on a woman playing James Bond is both right and terribly wrong
By Kara Weisenstein
According to the Emmys, only four shows mattered last year
By Kara Weisenstein
Stay up to date