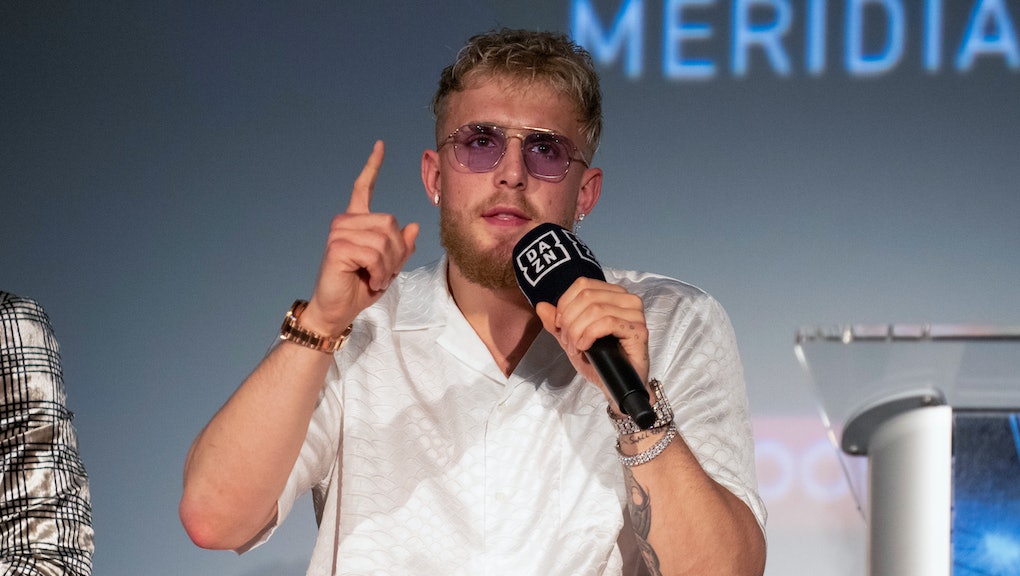 As California continues to clear new peaks in COVID-19 cases and deaths, Jake Paul threw a massive, all-day party at his Calabasas mansion over the weekend. On Saturday, footage from the gathering began to spread across social media, featuring large groups of unmasked guests dancing in close quarters, playing drinking games, and hanging from a bulldozer. Stare long enough, and you’d think a pandemic wasn’t happening!

Paul’s party, which also functioned as a rambunctious music video shoot, drew in some notable influencers. Insider notes a few of the internet stars, like Tana Mongeau, Roman Royale, and Bryce Hall were in attendance. The site also chillingly points out that another one of Paul’s friends, Arman Izadi, posted that he visited his mother in the hospital just days after the party.

The noisy affair obviously caught the attention of Paul’s neighbors, but also Calabasas Mayor Alicia Weintraub. In an interview with the local Fox 11 station, she heavily condemned the get-together as an irresponsible betrayal of anyone else in the area doing their part to mitigate spread. “They’re having this large party, no social distancing, no masks, it’s just a big huge disregard for everything that everybody is trying to do to get things back to functioning,” Weintraub told Fox 11. “It’s really just a party acting like COVID does not exist, it’s acting that businesses aren’t closed.”

After Paul’s party, the mayor is working with the local sheriff’s department to enforce a zero-tolerance policy from here forward on parties. “No gatherings will be tolerated like this,” Weintraub said. “Something like this will not happen again.”

The influencer’s last brush with the zeitgeist came back in June, when he was charged with trespassing for allegedly entering an Arizona mall after it was looted. Paul, whose net worth was last estimated at $11.5 million, claims that he was simply observing what took place and didn’t loot or engage in vandalism after the George Floyd protest. The videos to emerge from the mall weren’t so conclusive, but that doesn’t really matter when it’s everyday bro.

More like this
Hollywood producer Scott Rudin allegedly "relished in the cruelty" of abusing staffers
By Kara Weisenstein
In an emotional statement, BTS opened up about the racism they’ve faced
By Kara Weisenstein
Why do mass shootings spawn conspiracy theories?
By Michael Rocque and Stephanie Kelley-Romano
Stay up to date