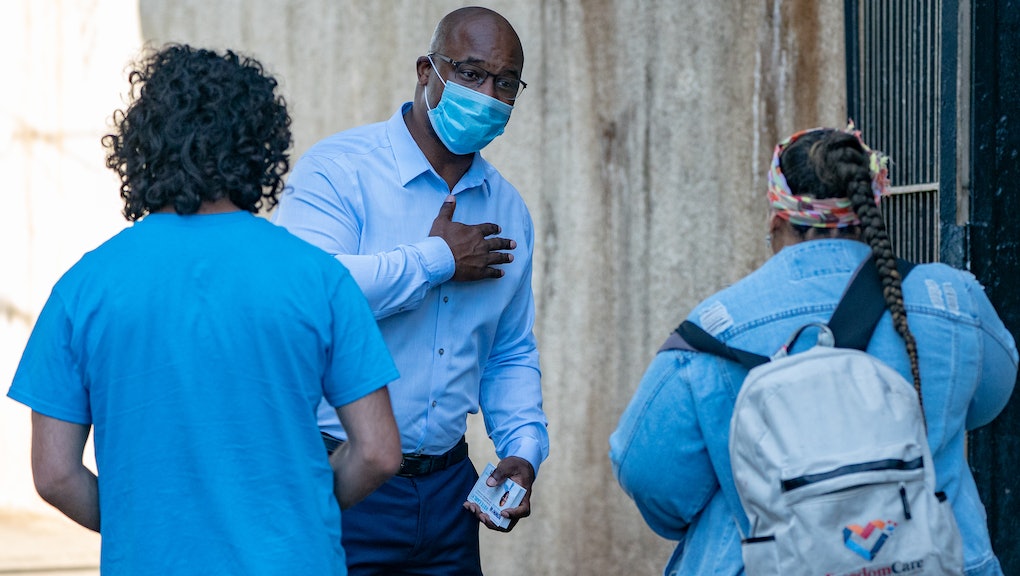 In his decades serving as the U.S. representative for New York's 16th District, Eliot Engel has established himself as one of the most milquetoast centrist Democrats in Washington. Since his first election to the House in 1989, Engel's tenure has been punctuated by the sort of political machinations that inspire the admiration and respect of longtime D.C. fixtures like Hillary Clinton, while earning the ire of progressive activists in his own district. While some of his policies are indeed from the more progressive wing of his party — for example, he supports Medicare for All — his years in politics have left their mark:

Vote for the Iraq war? Yup.

Now, after 16 terms totaling more than 30 years in Congress, Engel appears to be in serious danger, with a new poll showing him trailing by a massive 10-point margin behind middle school principal and progressive primary challenger Jamaal Bowman.

The poll, conducted between June 11 and 15 by the left wing group Data for Progress, shows Bowman leading Engel among women, voters both under and over 45-years-old, college and non-college educated voters, and perhaps most significantly, Black and Latinx voters who, combined, make up the majority of Engel's district in the Bronx and Westchester.

The unambiguously wide margin in this latest poll comes as Engel has struggled to animate voters, having recently been caught on mic admitting that "if I didn't have a primary, I wouldn't care" about speaking at a press conference following the protests over George Floyd's death at the hands of Minneapolis police.

“If you’re someone who wants to translate the energy in the street into elected office, Jamaal is one candidate among many that you can be supporting,” Waleed Shahid, the communications director for the left-leaning group Justice Democrats, which has endorsed Bowman, explained to Politico. “Jamaal might be the first candidate elected to Congress from this movement.”

More like this
There are already 19 QAnon candidates running for Congress in 2022
By Rafi Schwartz
A Minnesota college professor raised $200k in Philando Castile's name. Where did the money go?
By Rafi Schwartz
Derek Chauvin's lawyers seriously just asked for probation instead of jail time
By Rafi Schwartz
Stay up to date