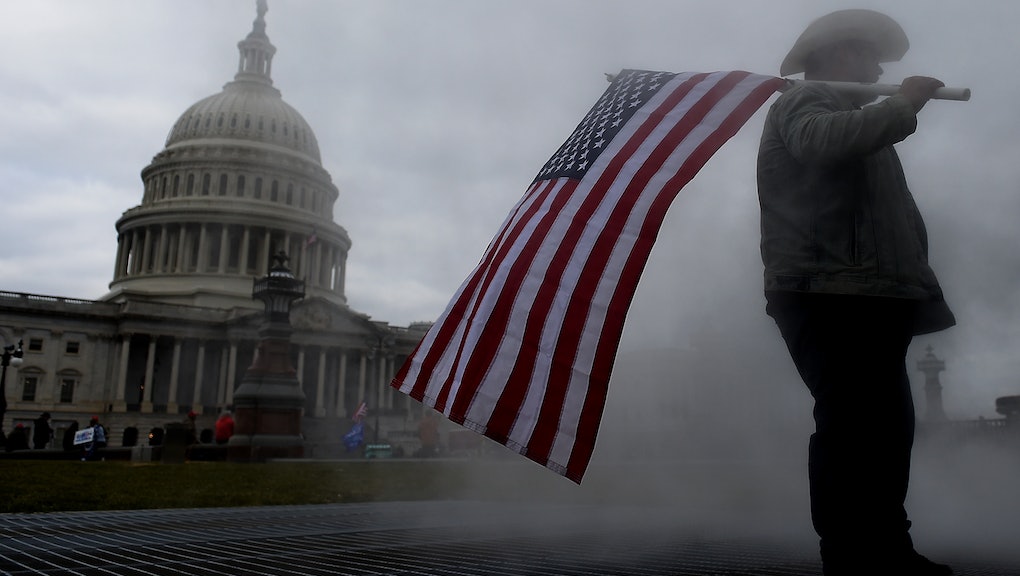 Jan. 20 will come. The "orderly transition" never will

But it's quite likely that in the end, Jan. 6, 2021, is the day we'll remember for generations — the day an angry mob stormed the U.S. Capitol at the urging of a sitting president, to stop the routine certification of presidential election results. The day a woman was shot and killed at the center of American government. The day white supremacists berated Black members of an unfathomably unprepared Capitol police force and, for the first time, paraded the Confederate battle flag through the halls of the U.S. Congress.

Lawmakers had only gotten to Arizona, the third state in line, when a group of Republicans stood up and applauded a farcical attempt to discredit the election results there. It wasn’t until Thursday, in the early morning light, that President-elect Joe Biden's victory was certified — with the current president offering a pathetic, feeble assurance through an aide's personal Twitter account that there would be an "orderly transition" on Jan. 20. The meaningless and belated message had to come through an aide's personal account because the president's own official account had been suspended for fomenting violence in Washington, D.C.

In the end, eight Republican senators and 139 Republican representatives voted to subvert the will of the people, voting against certifying the results from either Arizona or Pennsylvania. And for the next 13 days, we’ll continue to live under this lame-duck administration, enduring all the risks and uncertainty therein, unless people in power decide to do something about it. Minnesota Rep. Ilhan Omar (D) announced Wednesday afternoon, while lawmakers were still in hiding from the mob, that she'd be preparing articles of impeachment for President Trump. California Rep. Ted Lieu (D) also called for Trump's impeachment Wednesday. Others have insisted Vice President Mike Pence invoke the 25th Amendment, which allows for the removal of a president if he can no longer fulfill his duties. New York Sen. Chuck Schumer (D), the newly minted majority leader thanks to the Democratic victories in Georgia, said Thursday that the 25th Amendment should be invoked for expediency, but that if it is not, impeachment proceedings should begin.

In the roughly 24 hours since chaos descended on Capitol Hill, several more Democrats have echoed the call to remove Trump. But a few Republicans have joined the chorus as well, including Vermont Gov. Phill Scott and Illinois Rep. Adam Kinzinger. Meanwhile, several members of the Trump administration have finally decided to find their principles and resign.

In the end, though, it still feels unlikely that Trump will be removed. On Jan. 20, President-elect Joe Biden will take the oath of office, and he will be the rightful president. But the violence, hate, and detachment from reality that Trump spent five years cultivating will live on.