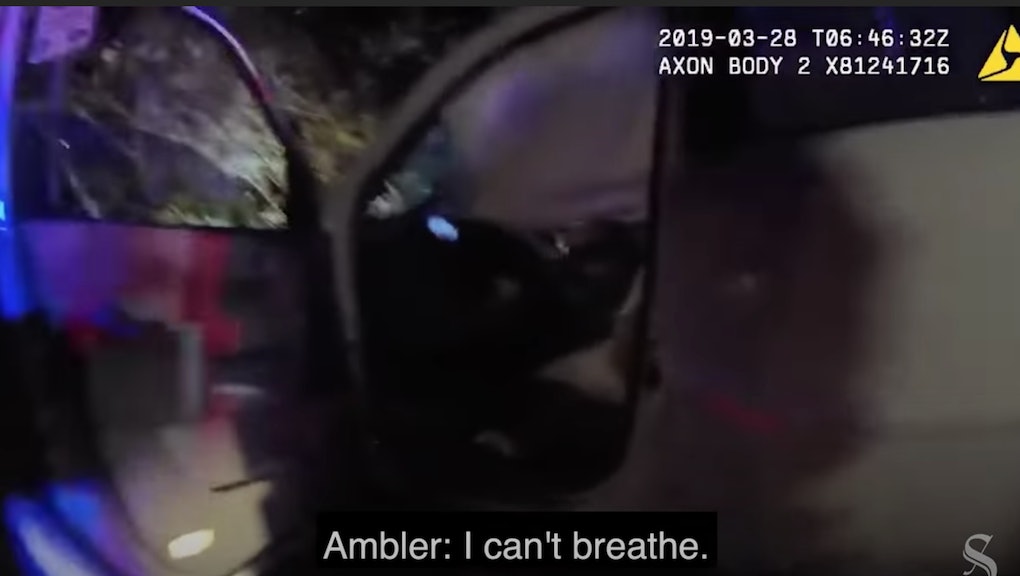 Javier Ambler was killed by police last year. The incident was filmed by a cop docuseries

It's been more than a year since Javier Ambler was killed by law enforcement officials, after a 22-minute police chase which began when Ambler, who was Black, reportedly failed to dim his headlights for oncoming traffic.

Police detained Ambler on the streets of Austin, Texas, using a Taser on him four times as he told them he had a heart condition and — echoing the words of Eric Garner, who was killed by New York City police in 2014 — that "I can't breathe." Minutes later, Ambler, a military veteran and father of two, was dead. His final moments were captured not only on body cameras worn by Austin Police officers, but by a film crew with the A&E Network's true crime docu-series Live PD.

The never-before-released details of Ambler's death, ruled a homicide by medical examiners, as well as the fact that it was filmed as part of a TV show that glorifies police actions, comes just weeks after George Floyd was killed by a Minneapolis police officer. His death set off a wave of protests and calls for police abolition.

Footage of Ambler's death captured by police body camera was obtained by the Austin American-Statesman. At one point, Ambler is heard begging "save me." Shortly thereafter, an officer exclaims that "I'm pretty sure I just broke his finger." However, A&E said in a statement that their footage of Ambler's final moments — which was not aired live — has been destroyed.

"As is the case with all footage taken by Live PD producers, we no longer retained the unaired footage after learning that the investigation had concluded," the network told the Statesman.

More than a year has passed since Ambler was killed in March 2019. In that time, public details of just how he died have been scarce. Last month, Texas's Attorney General's office ruled that the Williamson County Sheriff's Department must provide the media its documents containing the to-date-unpublished details of Ambler's death.

Travis County District Attorney Margaret Moore has since accused the Williamson County Sheriff’s Office of dragging its feet to cooperate with her ongoing investigation into the incident.

The sheriff's department has rejected the allegation that they've been stonewalling Moore's investigation, amidst growing calls for Sheriff Robert Chody's resignation.

"I, like you, am outraged over the circumstance of his death, shocked at Sheriff Chody’s failure to cooperate with the investigation into Mr. Ambler’s death, and heartbroken for his family and loved ones who almost 15 months later still have no answers," Williamson County Commissioner Cynthia Long said earlier this week. "Sheriff Chody must resign immediately."

The details of Live PD's involvement in Ambler's death come as increased scrutiny of television programming that glorifies police — both fictional and not — has resulted in the cancellation of longtime law enforcement documentary series COPS just ahead of its 33rd season.