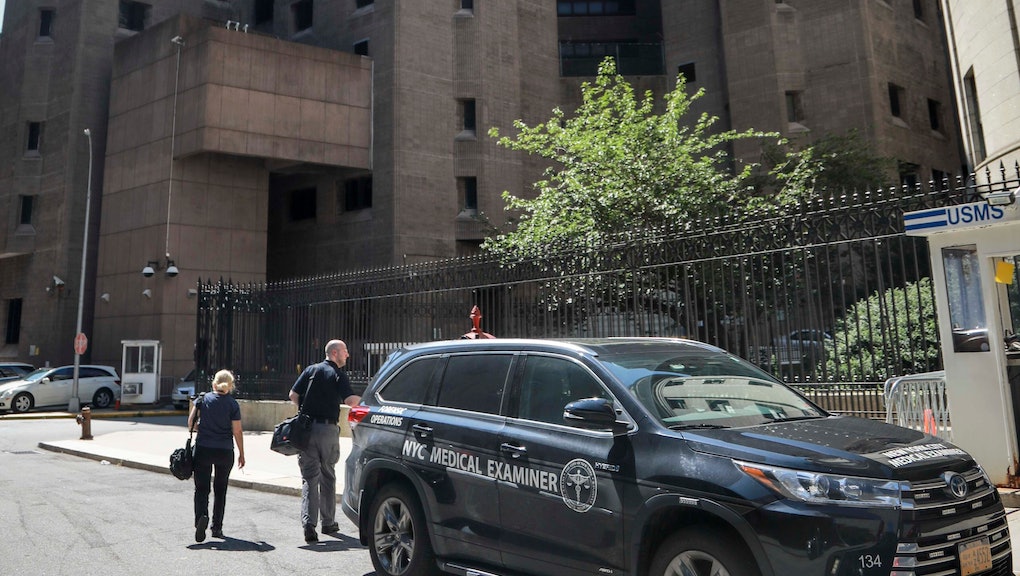 Jeffrey Epstein’s autopsy shows bone breaks in his neck, but what does that really mean?

According to new reports from CNN and the Washington Post, Jeffrey Epstein’s autopsy revealed “multiple breaks in his neck bones." The financier, who allegedly engaged in wide-ranging forms of sexual misconduct with underage girls, was found dead in his Manhattan jail cell last week. His cause of death appeared to be suicide, according to initial reports. However, in the five days since, new information about the incident has continuously raised suspicion from the media.

“Such breaks can occur in those who hang themselves,” the Post report says, “particularly if they are older, according to forensics experts and studies on the subject. But they are more common in victims of homicide by strangulation."

“[N]o single factor in an autopsy can alone provide a conclusive answer about what happened,” the Post also writes, citing a statement from New York City’s chief medical examiner, Barbara Sampson, who completed the Epstein autopsy one day after he died. But the reported finding of multiple neck fractures have raised more questions about the nature of his death.

Prior to his death, Epstein had been placed on suicide watch by those overseeing his captivity, but, for reasons as of now unknown, was removed from the list 12 days before he died. On Tuesday, it was alleged that two staff members charged with guarding the jail unit where Epstein was held “failed to check on him for about three hours and had falsified records to cover up their mistake, according to several law enforcement and prison officials with knowledge of the matter,” wrote the New York Times.

“[T]he two employees were placed on administrative leave,” the Times added, “and the warden of the jail, the Metropolitan Correctional Center in Manhattan, was temporarily reassigned, pending the outcome of the investigation into Mr. Epstein’s death, the Justice Department announced.”

Even the United States Attorney General, William Barr, who famously appeared to defend President Trump against findings in the Mueller Report, fanned those conspiracy-theory flames. Shortly after Epstien’s death, Barr said in a statement that he was “appalled” to learn Epstein had turned up dead while in federal custody, and added that the FBI would be conducting an investigation into the death, as would the Inspector General. Then, at a law enforcement conference held in New Orleans on Monday, Barr announced there were “serious irregularities” at the federal penitentiary where Epstein was held.

“We will get to the bottom of what happened and there will be accountability,” Barr also said Monday, before issuing a warning to those who may have been involved with Epstein’s alleged crimes, of which he will now never face a judge and jury: “Any co-conspirators should not rest easy. The victims deserve justice and they will get it.”