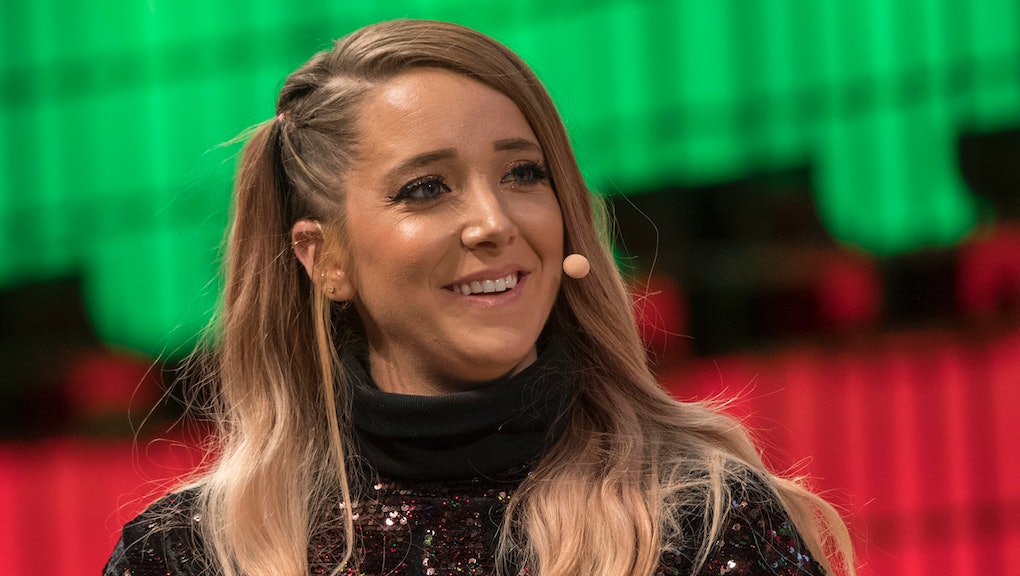 Jenna Marbles, one of the earliest YouTube stars, cancelled herself over an old blackface video

YouTube star Jenna Marbles posted what could be her last video on Thursday. The vlogger, whose real last name is Mourey, said fans asked her to address racist videos she made in the past. In her dispatch, Mourey announced she’s quitting the platform outright, adding it “feels like we’re at a time where we are purging ourselves of anything and everything toxic.”

The offensive videos include one where Mourey donned blackface to impersonate Nicki Minaj. In her “Bounce That Dick” music video, she also made a racist joke about Asian men. Mourey also caught flack for shaming women “who slept around.”

The YouTuber, who rose to prominence in 2010 and now boasts 20 million subscribers, said she regrets those past content choices. "It's awful, it doesn't need to exist, it's inexcusable, it's not OK," Mourey said about the content in question. "I'm incredibly sorry if this offended then, now, whenever, it doesn't need to exist. It shouldn't have existed. I shouldn't have said that ever. It's not cool, it's not cute, it's not OK, and I'm embarrassed that I ever made that, period."

Many of Mourey’s fans were dismayed to see her go on Thursday. “What’s the point now that Jenna Marbles is gone?” one popular tweet asked, alongside a screenshot of the person deleting the YouTube app.

“I’m sorry if any of [my old content] holds any nostalgia for you, but I’m literally not trying to put out negative things into the world. I think there was a time when having all of my old content exist on the internet showed how much I have grown up as a person, which I’m very proud of. I think now it’s hard for that content to exist at all because I think people watch it and don’t bother to look at when it was posted or care about what path I took to get to where I am,” Mourey said. “It offends them now, and, if that’s the case, where people will watch something and be offended now, I don’t want it to exist.”

While Mourey made it sound like her exit from YouTube would be a long term thing, it’s possible she could be back at some point. “I don’t know if that’s forever, I don’t know how long it’s going to be,” she noted. “I want to make sure the things that I put into the world are not hurting anyone.”

More like this
Harry Styles, king of gender neutral style, is working on a line of cosmetics
By Kara Weisenstein
Ricky Martin said he has PTSD from Barbara Walters trying to out him on TV
By Kara Weisenstein
Jennifer Ngo's hilarious TikTok videos increase visibility for the disabled
By Kaila Yu
Stay up to date