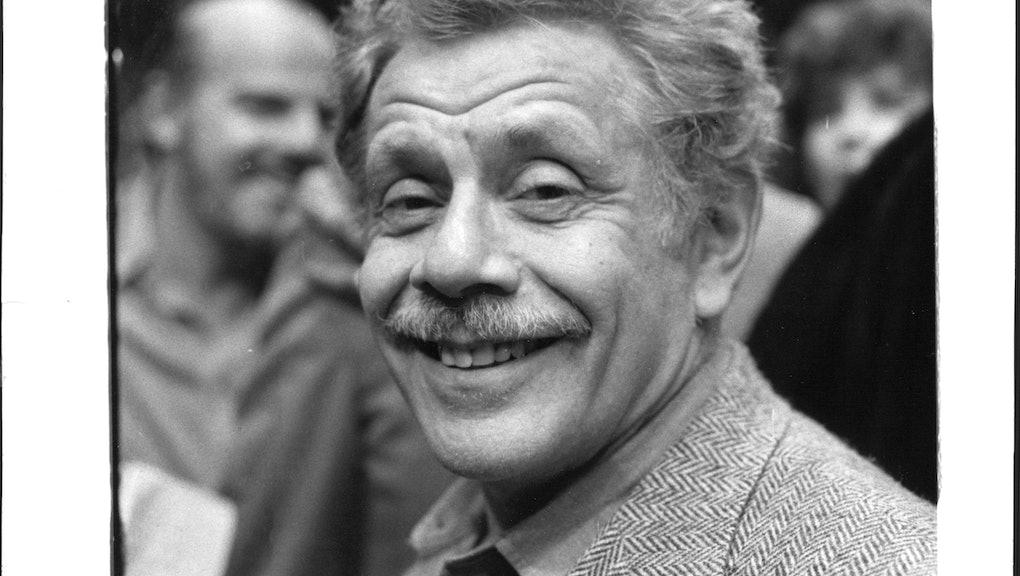 Somehow, there wasn’t supposed to be a second Jerry on Seinfeld. When the series introduced George Costanza’s parents in season four, the stage and screen actor John Randolph appeared as George’s father, Frank. It’s not especially rare for a series to move on from a minor character mid-series, or quietly replace them with a new actor, but it is unusual for a series to reshoot an old scene to effectively paper over this transition, as the Seinfeld team did after Jerry Stiller was cast in the part. If you stream “The Handicap Spot” on Hulu now, Randolph’s still there, but the Stiller edit has aired on syndication since its recut. It provides a vision for what could’ve been lost, how inseparable Stiller was from the part, and a tacit acknowledgement that the first time didn’t feel right.

Stiller, the venerable comedy actor, has died at 92 of natural causes. His son, Ben Stiller, announced the news on Twitter early Monday morning. Besides his defining role as Frank Costanza, Stiller built a sturdy big-screen resume, with parts in 1974’s The Taking of Pelham One Two Three, both screen adaptations of Hairspray, and Heavyweights.

In his early years, Stiller formed the comedy duo Stiller and Meara with Anne Meara, his wife of more than 60 years. They were a variety show staple in clubs and on late-night programs in the late 1960s and ‘70s, making regular appearances on The Ed Sullivan Show. They hosted their own syndicated, five-minute sketch show, Take Five with Stiller and Meara from 1977 to 1978. The pair continued working into the 1980s, including the pilot for a proposed sitcom series called The Stiller and Meara Show that never took off. In the ‘90s, decades before it would enter national policy discussions, the duo filmed a PSA spot in favor of the single-payer healthcare movement.

Seinfeld provided Stiller with a career-defining second chance when he assumed the role of Frank in the fifth season. Stiller’s to thank for many of the show’s most oft-quoted moments — Festivus for the rest of us, the bro or Manssiere, serenity now! — but his eccentric, sputtering energy elevated these schemes to another level. He was sharp and forceful enough to make Julia Louis-Dreyfus combust with one line, destabilize a stuffy dinner party, and outmatch his onscreen son’s cantankerous behavior. Nevermind that Jason Alexander and Stiller didn’t quite look the part of a father/son duo, but Larry David was correct to let Stiller mold the part on his own without the bald wig.

After Seinfeld ended in 1998, Stiller starred in a number of his son’s films, including both Zoolander installments and The Heartbreak Kid. He also tested out a slightly toned-down sitcom father figure as Leah Remini’s dad on The King of Queens. In nearly every part — from ‘70s thrillers to farcical comedy — he was the rare sort of actor who could render a guest or supporting appearance as essential as its leads.

Although Stiller only appeared in not even a quarter of Seinfeld’s total episodes, he left an indelible mark on sitcom history. He’s certainly one of the greatest television dads we’ll ever see, and there’s something about that frenetic, idiosyncratic performance that is hard to imagine anyone else duplicating. While prevailing sitcom modes and styles evolve over the years, Stiller’s singular presence is sure to stand the test of time.