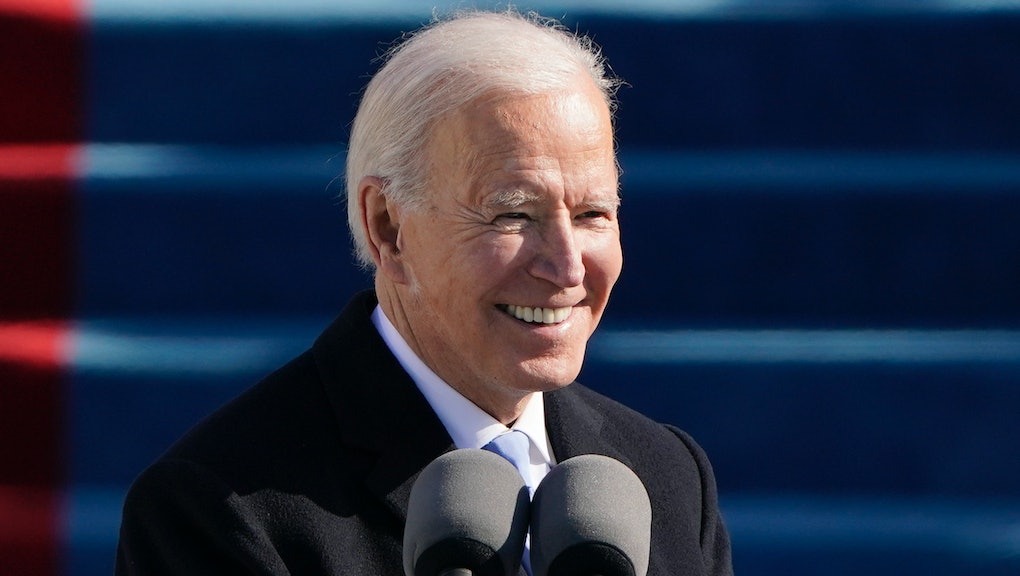 Joe Biden's inaugural address was uneventful, and I'm fine with that

In a moment four years in the making — if not longer — Joe Biden took the rostrum at the United States Capitol shortly before noon Wednesday and delivered his first speech as president of the United States of America, setting the tone for the next four years of his administration. Notably, though, Biden's inaugural address also made a conspicuous effort to heal the wounds left by his predecessor.

Without referring to former President Donald Trump directly, Biden acknowledged the circumstances of his election, and the tests he now faces as president. "Few people in our nation’s history have been more challenged or found a time more challenging or difficult than the time we’re in now," Biden said, before pivoting to the main thrust of his inaugural address.

"To overcome these challenges," Biden continued, "to restore the soul and secure the future of America, requires so much more than words and requires the most elusive of all things in a democracy: unity."

It was a theme he returned to over and over again in his speech, even stressing the "united" in his subsequent invocations of the States of America.

"I know the forces that divide us are deep and they are real," Biden noted, after calling for a "fresh start." "But," he said, "I also know they are not new."

He continued: "History, faith, and reason show the way of unity. We can see each other not as adversaries, but as neighbors. We can treat each other with dignity and respect."

Biden's acknowledgement that the divisive "forces" that fueled Trump, and were in turns exploited by him, are nothing new was blunted in part by his ahistorical glorification of American history. The moment — intentionally or not — served as a neoliberal manifestation of Trump's own MAGA narrative.

"We have never, ever, ever failed in America when we acted together," Biden insisted, to which I'm sure members of any number of marginalized communities rolled their collective eyes so hard the Earth tilted slightly off its axis for a moment.

Indeed, as Biden also noted, "recent weeks and months have taught us a painful lesson: There is truth and there are lies."

Meant as a not-so-subtle swipe at the former president, Biden's line in the sand between fact and fiction not only was an attempt to proclaim a new — or perhaps renewed — era in political truth-telling, but also an effort to mark his administration as a return to normalcy and business as usual. It was a nod to the Rockwell-tinged nostalgia for an America that politicians, eager to put the overt bigotry and rancor of the Trump years behind them, like to cite as their inspiration for what the country could be once again — never mind that it never actually existed to begin with.

Ultimately, Biden's inaugural address was a straightforward attempt at framing the country's challenges as a temporary setback, rather than the byproduct of the deep and fundamental divisions that brought us the Trump administration in the first place. The prose was lofty, but not soaring. The message was straightforward, but couched in cadence and delivery of a professional orator working with professional speechwriters. It will likely not be remembered as one of the great inaugural addresses of the era. But, unlike Trump's "American Carnage" speech, Biden's first public address as president was defined by optimism, rather than alarmism. And for now, that might be enough.

You can watch Biden's entire inaugural address below.