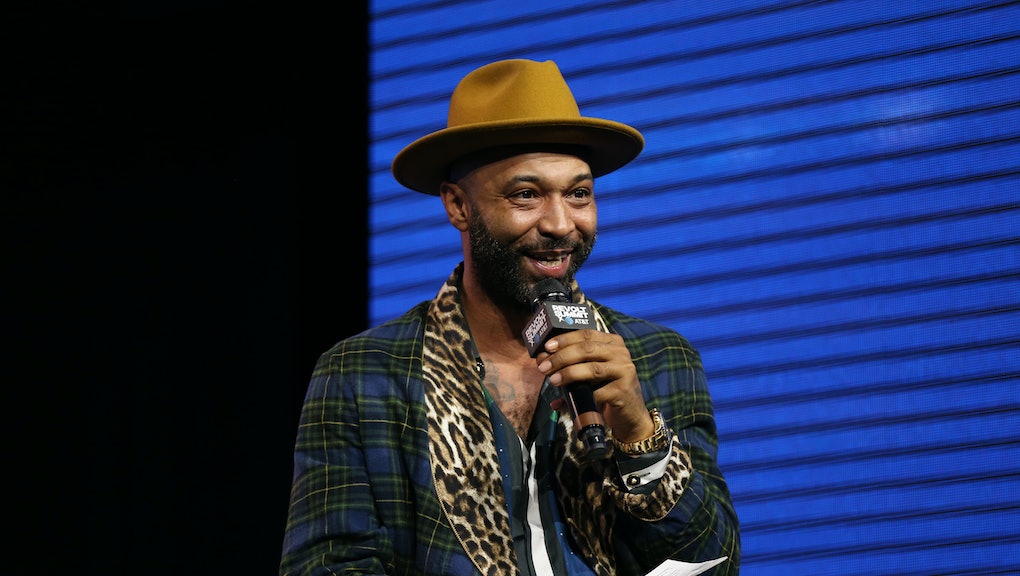 If something isn’t going well in the world of Joe Budden, it usually won’t take long to hear about it. On an episode released Wednesday, Budden announced that his podcast will leave Spotify by September 23. Across a staggering three-and-a-half hour runtime, Budden focused his ire on the platform’s contract offerings and insufficient accommodations.

“September 23rd, I cannot tell you where this podcast will be,” Budden said on the show. “But as it stands, I can tell you where it will not be, and that is Spotify.” Brought on as one of the streaming giant’s first major forays into podcasting, Budden’s show was met with a splashy New York Times profile hailing him as the “Howard Stern of hip-hop.” But he accuses the company undervaluing their efforts and not holding his audience or staff’s best interests at heart.

"You pillage the audience from the podcast, and you’ve continued to pillage each step of the way without any regard [for them,]" he says at one point. Budden describes behind-the-scenes clashes with the company, claiming that it "undermined and undervalued his show" relative to the company acquiring The Ringer for nearly $200 million. In one anecdote, he claims that Spotify offered his staff Rolex watches in lieu of bonuses, but rolled it back once Budden and his team picked watches that were too expensive.

In a statement to Variety, Spotify chalked the clash up to a contract dispute, maintaining that the company planned to renew his show:

“It was our desire to keep Joe Budden on Spotify. As Joe referenced on his show, we made him a considerable offer — one that was significantly larger and many times the value of the existing agreement and reflective of the current market and size of his audience. Unfortunately, we could not come to terms and we respect his wishes to find a new home for his show.”

The streaming giant is now fully committed to podcasting, after the big recent signings of The Michelle Obama Podcast, Joe Rogan, and The Ringer. Budden's departure is certainly a major loss for Spotify — and invites further questions about their treatment of in-house talent — but it shouldn't be long before another network picks him right back up.