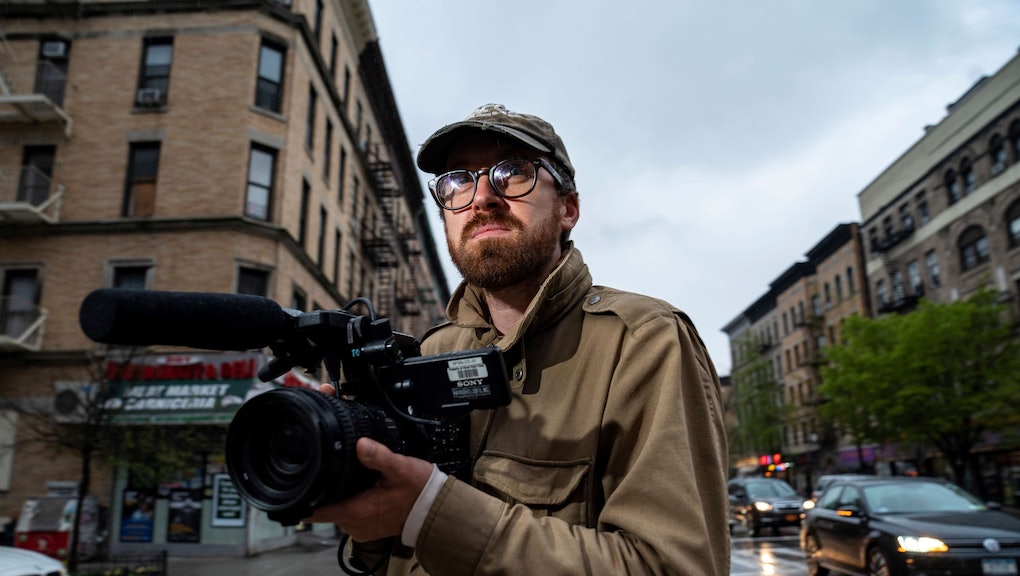 Although it’s far from the first HBO show to begin as a long-running web series, How To with John Wilson is exceptional in its economy. Wilson is probably the least recognizable star to ever headline a series on the network, spending nearly the entire series behind the camera and capturing New York City through his tentative, droll voiceover. The off-kilter appeal is immediate, even if explaining it takes some effort.

Wilson’s tutorial videos are equal parts vérité nature documentary and brilliant observational comedy. Think Humans of New York without the strenuous pathos, or if the plastic bag scene from American Beauty wasn’t filmed by a severe, navel gaze-y weirdo. Its profundity sneaks up on you — Wilson might be riffing on the utility of scaffolding or the perfect risotto, and quietly arrive at a resonant point about life’s unbearable accumulation or the odd power in settling.

It may not be the best analogue for the show’s tone and central aim, but Nathan For You is its clearest reference point. Nathan Fielder signed on as executive producer, and was an active presence in getting the show placed at HBO, its pilot filmed, and advising the editing process. Wilson spoke with Mic two weeks before How To’s finale aired on Friday, and described how Fielder’s fearless approach to capturing jaw-dropping moments translated to his own show. “In every [Nathan For You] episode, he wanted to have at least one moment where the audience just says, ‘oh my god, I cannot believe he captured that,’” Wilson said. “That was the philosophy I wanted to have for this show as well.”

In just six episodes, he sails past that benchmark, from encountering a singing foreskin restoration specialist to a conference dedicated to the Mandela Effect. Wilson is equally drawn to portraying the oddballs and marginal figures of New York City who, as he tells it, “have been waiting their entire lives for someone to approach them with a camera.” He wrenches every revelation from these interactions, typically from just letting them ramble and lead him to someone else, who leads him to some weird capstone event like a referee banquet or scaffolding convention. Wilson has such a keen observational eye — and a bounty of footage that never sees the light of day — to follow a story well past the point where a lesser filmmaker might call it wraps.

On the day I call him, a pig-shaped couch featured briefly in “How To Cover Your Furniture” has reentered the news through a viral tweet, just days after the episode aired. We’re reading through the same Jezebel story together, tracing its Craigslist history through Maryland and perpetual scam posts. “Wow, sounds like I need to make a field trip,” he says, either indulging the moment or plotting a new episode.

Since you’re almost never on camera yourself or divulging much backstory, can you give me the quick hit bio — what was your childhood like? How did you get into filmmaking?

I was born in Astoria in Queens, and I spent the first few years of my life here. Then my parents moved to Long Island. My dad got a camcorder for his 40th birthday and I immediately took it, and I don’t think he ever saw it again. I started making home movies in my room. I think the first thing I made was this show called the Johnny Show, where it was just me talking to the camera for hours and hours about nothing — basically nothing has changed since then. I went to college at Binghamton University. They had a very small experimental film program that I wanted to go to, and that was nice because it didn’t really teach me how to make movies, but it got me to think about why I was making movies, which was a lot more important.

Right when I graduated college, my first gig was working for a private investigator. I went on the et cetera section of Craigslist classifieds, and this was one of the job openings. I just had to ingest all the footage the private investigators shot, and needed to edit it down to all the most incriminating moments. Each shot didn’t really have a relationship with the next shot, but just this kind of collage of different weird images of people doing strange things. And I became kind of addicted to this aesthetic and tried to recreate it myself with cameras that I would borrow from them. Ever since then, I’ve been shooting films in that style in kind of disposable media, whether it’s iPhones or really crummy digital cameras, because I didn’t have any money.

In one episode, you talk about an old job filming food infomercials, which you characterize as “helping to create some of the most grotesque content on the planet.” What brought you to that job in the first place?

It’s funny, my old boss caught wind that I was maybe going to mention them in episode 2. He texted me — he hadn’t texted me in years — to say he was going to advertise it to 5,000 of his professional contacts. And I told him that he should probably watch the episode before he does that. Thankfully, he held off. He wasn’t happy, I’ll say that, but he took it kind of gracefully.

A friend was working there and hired me for a bit as a cameraman. I ended up doing it for a year. In my twisted logic, it was perfect for me because I liked that I could make money without having to use any emotional energy whatsoever. I had no delusions about whether or not this was art or whether or not I was building toward a career. I just didn’t want to do the independent film hustle, because I saw how that ended up with a lot of people that I knew, where you’re just working crazy hours for no money on these really artistically bankrupt projects. I just didn’t want to get into that hustle, so I wanted to do something that was just a job and I was just a technician, and then I saved 100% of my energy for my personal art, which was my How To series.

You strike me as remarkably organized, and in the memory episode, revealed the daily logs of every minute task you’ve completed since 2008. Do you still really maintain that?

Yeah, I’m sitting right next to it. I filled it out yesterday. I still don’t know why I do it. All it does is make me unhappy it seems, but it’s just something that I would feel like a failure if I stopped. It’s this thing that gives me structure, and makes me feel like I’m being productive even when I may not be. It’s just a bunch of raw data. I have no idea how I’ll eventually apply it, maybe that episode is all it was meant to be for. But I don’t want to stop, because it is helpful in really weird ways. I do find myself going back to it, just to see what I did after a traumatic day. What was the day after like? What movie did I go see? How did I get the will to live? What was the first thing I did after something really upsetting?

In the finale, the pandemic seemed to crystallize the arc of the show and really tie these themes together. How much did it alter your approach in post-production, and in viewing the broader scope of what the season became?

I really didn’t have much of a wrap-up when we were in the middle of production before COVID. I hoped something exceptional would happen, and I would have some revelation or learn some lesson that ties everything together, but I didn’t know what it was. When COVID happened, it was this thing that ended up teaching me a lot about everything I’d learned up until that point, and how all these things we teach ourselves may just become irrelevant. You kind of have to learn how to adapt.

Did you have many overarching narratives or trips that had to be scrapped, or did you always envision it to be a six episode plan?

More or less we had the six episode idea from the start. I got everything I needed out of my system. All the episodes were shot except for the last one, by the time the pandemic started. I never stopped filming, even though we’re formally wrapped and I haven’t been greenlit for a season 2 yet. I still film every single day. That’s just my resting state. And now I have a whole new list of episodes that I’ve just been shooting, even though I don’t have permission to yet. I just don’t want there to be any gaps in the timeline here. I was really bummed out that I had to wrap up formal production during the pandemic, because New York looks more interesting now than it has in my entire lifetime. I just didn’t trust that people would capture it the right way — I never do.

People tend to get really candid with you on camera — the receptionist in the small talk episode, and the guy who teaches you how to make risotto. Some people are cagier, but others just kind of spill.

Yeah, the risotto guy — he was my neighbor, not too far from me. I realize now after having shot it that he’s kind of a neighborhood figure, and has this yard sale that’s up all the time. But he was just so available and so open and just so earnest, and these are the kind of people that I feel like I gravitate towards. I like to ride a wave for as long as I can with someone. Sometimes it goes nowhere, but other times they reveal some deep truth or some strange hobby that you’ve never even heard of before.