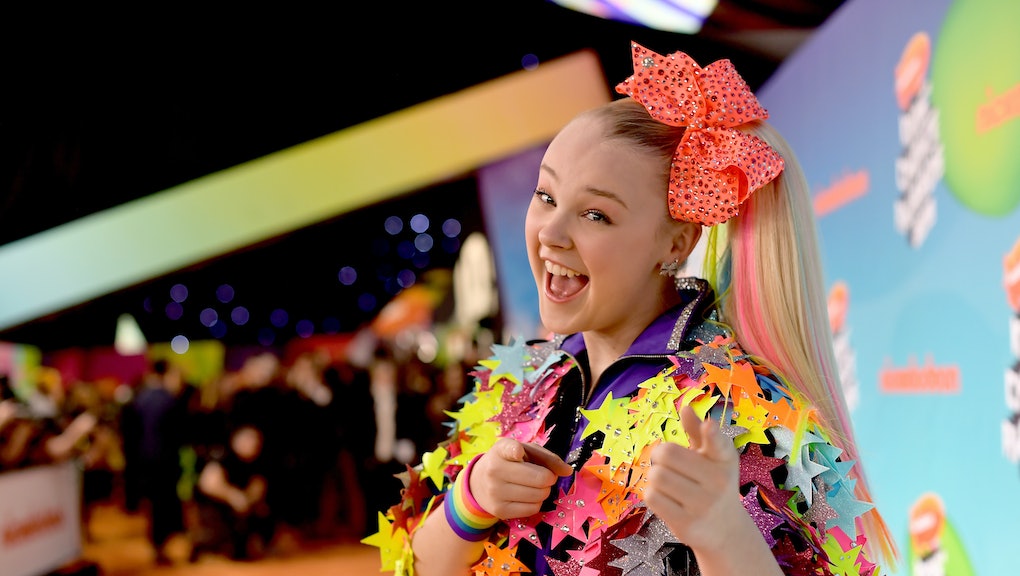 JoJo Siwa came out on Instagram — then she got "swatted"

Last week, YouTuber and former Dance Moms contestant JoJo Siwa sparked speculation she was coming out as LGBTQ+ when she posted a TikTok lip-syncing to Lady Gaga’s “Born This Way.” On Saturday, she confirmed all the fan theorizing: "For the last 48 hours, I have gotten the most endless amount of love and support. I am really, really, happy," the 17-year-old gushed.

Siwa noted she’s not ready to label herself (as gay, queer, bi, etc.) quite yet. “The reason that I’m not ready to say this answer is because I don’t know this answer,” the children's entertainment star explained in a jubilant 15-minute Instagram Live.

Siwa, who was one of Time's 100 most influential people last year, continued. "Right now, I'm super-duper happy and I want to share everything with the world, but I also want to keep things in my life private until they are ready to be public. Right now what matters is that you guys know that no matter who you love, that it's OK,” Siwa told her fans. “It’s OK to be different. I’m the happiest I’ve ever been, and that’s what matters. I’m feeling extra fabulous. My face literally hurts.”

The bulk of the reactions to Siwa’s coming-out have been beautifully positive. Fellow Dance Moms castmember Abby Lee Miller called her former student a “shining example” for kids. But hours after sharing her truth publicly, lighting up the internet in the process, Siwa was targeted with a terrifying “swatting” prank.

“We're at our house, and all of a sudden, there was a whole bunch of police telling us to come outside the house,” the young star recounted on her videographer’s Instagram. Siwa said she came out with her hands up, to find around 50 officers and a fire truck converged on the property. "And then the police were saying that somebody had called and made a claim and then all of a sudden paparazzi came from around the corner."

“Swatting” is when someone calls in a fake tip to law enforcement to get them to respond to a particular location. In this case, Siwa speculated that someone from the media called the cops in order to get photos of Siwa in the wake of her coming-out. It’s a pretty horrible tactic — and a dumb one, when you consider how forthcoming Siwa is with her public.

“The media is obviously very excited, which I love, and I love the support. However, you could have just hung outside my house, and I would have eventually come outside," she pointed out to the paps. True to form, Siwa is considering including her own phone and security footage of the “swatting” in a future YouTube video.

More like this
Demi Lovato and the quest for a triggerless world
By Kara Weisenstein
How “stoopers” turned New York City sidewalks into trendy, sustainable thrift shops
By Jasmine Vojdani
Caitlyn Jenner is officially running for governor of California for some damn reason
By Rafi Schwartz
Stay up to date