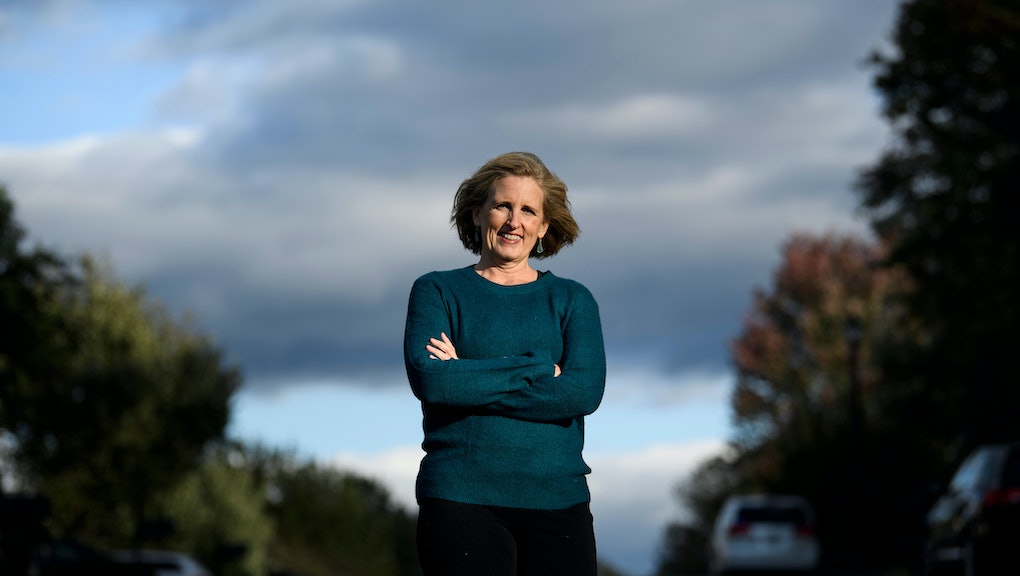 From a flipped bird to a flipped seat, Juli Briskman has had quite the run the past two years. You may remember her as the woman who went viral in 2017 after she gave the middle finger to the presidential motorcade while riding her bike alongside President Trump’s caravan, which was leaving the Trump National Golf Course in Sterling, Virginia. Unbeknownst to her, the moment was captured by a Getty photographer and soon became a sensation online and on late-night TV, where it was covered by the likes of Stephen Colbert. "My finger said what I was feeling," Briskman told CNN at the time. "I'm angry and I'm frustrated.” After the photo rocketed around the internet, Briskman lost her marketing job at Akima LLC, a government contractor.

So, newly unemployed, Briskman wasn’t about to take this turn of events lying down. She used the incident as the catalyst for a run for local government office. "Today, I am filing my organizational papers in a bid for local office in Loudoun County, Virginia. Loudoun deserves transparency in government, fully funded schools & smarter solutions to growth," she said on Twitter last year. "It's time for a change."

And on Tuesday night, Briskman successfully unseated incumbent Republican Suzanne Volpe and claimed a seat on the Loudon County Board of Supervisors in Virginia. Volpe had served for eight years. Briskman will be representative for the Algonkian District, which contains more than 400,000 people.

“Two years ago I was fired for standing up to the backwards agenda of Donald Trump. But now my neighbors in Algonkian District have backed me up and rejected the Trump agenda,” Briskman said in an interview with HuffPost late Tuesday night. “We worked really hard on this campaign. It was a tough race. I’m excited to create a Loudoun County that works for everyone.”

Her story sends an inspiring message: If you get fired for flipping off the president, just get a new job where you can more directly fight against him.