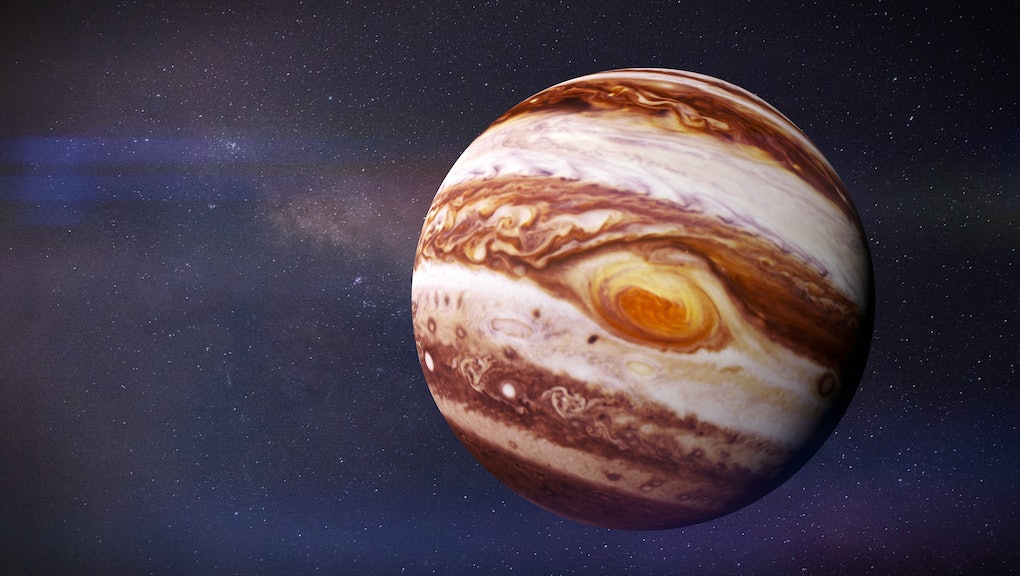 One of the planet Jupiter's most defining characteristics, the massive Great Red Spot that represents a violent, raging storm, is still just as formidable and boisterous as it's always been. Previous studies appeared to indicate that the storm could be shrinking, indicated by a decrease of cloud cover. But scientists from the University of California, Berkeley, believe that isn't the case, and the storm itself is still just as terrifyingly strong as it's always been.

Some studies have posited that the Great Red Spot, which can be viewed in every photograph of Jupiter by both professional astronomers and amateurs, has actually been getting smaller since the 1800s. The spot at present was spotted, however, only after 1830, though it could well have existed before as far back as 1665. In fact, some believe that the early storm first recorded may have indeed been a different one than what we see now on the planet.

Researchers insist that there's simply no evidence as to the storm getting smaller over time, and that it's still just as violent as it's always been. Despite the appearance that the clouds seem to be going away, the actual storm below is likely healthy — well, as healthy as something like a storm can be, anyway.

"I don't think its fortunes were ever bad," Philip Marcus, professor of fluid dynamics at the University of California, Berkeley, said in a statement. "It's more like Mark Twain's comment: The reports about [the storm's] death have been greatly exaggerated."

It's difficult to pinpoint what's going on in the storm since it isn't photographed directly, but its visible, angry red clouds are. In photos from summer 2019, red "flakes" were seen coming off of the storm, which are what led many to believe that it was actually getting smaller in the first place. The red flakes, however, turned out to be a natural occurrence of the way storms interact.

The flakes are actually "pieces" of clouds that become broken away when smaller storms clash with the Great Red Spot, and are "normal healthy activities" for the Red Spot, according to Marcus. If anything, the Spot will continue to brew thanks to healing and cooling patterns near it on Jupiter. That means we can likely expect the storm to be its highly-recognizable self for a long, long time to come. How long, exactly?

"I think that unless something somewhat cataclysmic happens on Jupiter, it will last for the indefinite future, until the jet streams change, so I would say likely centuries," Marcus said of how long the Red Spot could be expected to remain on the planet. "Of course, I probably just gave it the kiss of death and it'll probably fall apart next week but that's the way science works."

Good thing — seeing Jupiter without that massive spot would be like seeing Saturn without its rings.