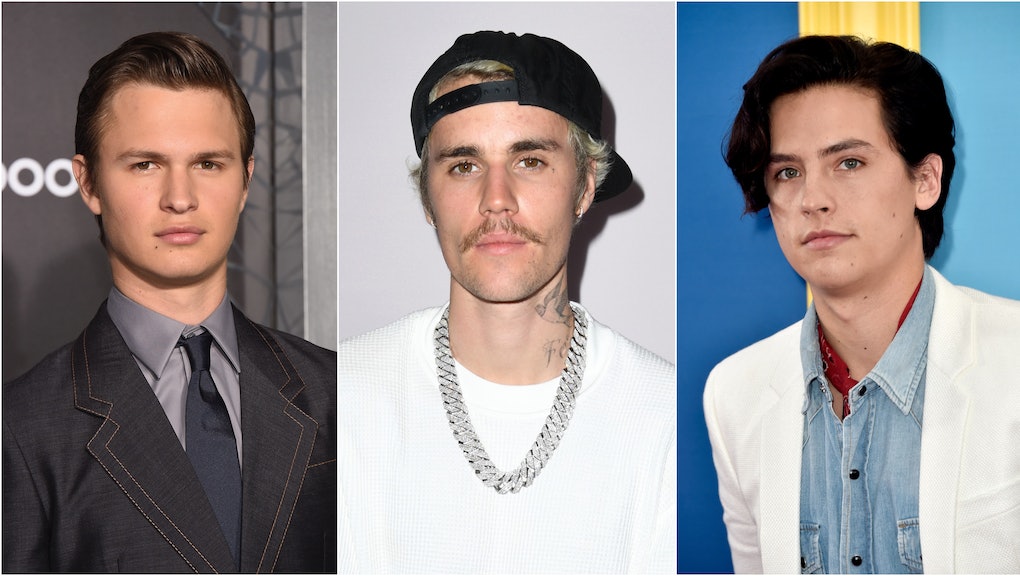 Justin Bieber, Ansel Elgort and the 'Riverdale' cast were all accused of sexual assault over the weekend

Multiple allegations of sexual assault were leveled at a handful of celebrities over the weekend, including Justin Bieber, Ansel Elgort, Cole Sprouse, Lili Reinhart and several other Riverdale cast members. But some of the accusations have already been debunked, uncovering a troubling trend that threatens to undo some of the progress of the #MeToo movement, which has coaxed society to believe claims of sexual assault and harassment.

On Friday, a woman named Gabby, who didn’t reveal her last name, tweeted a statement accusing actor Ansel Elgort of sexually assaulting her when she was a teenager. Gabby said she messaged the Baby Driver star on social media a few days before her 17th birthday. “I didn’t think he’d ever see my DM,” she wrote. “I was just a kid and was a fan of him.”

Gabby said they wound up meeting IRL and having sex — adding that it was her first time and she was “sobbing in pain and didn’t want to do it.” She accused Elgort of responding, “We need to break you in.” Gabby supplemented her written statement by posting a picture of herself and Elgort, as well as a screenshot of their DMs.

Elgort denied the assault allegations. “I cannot claim to understand Gabby’s feelings but her description of events is simply not what happened,” the actor wrote. “What is true is that in New York in 2014, when I was 20, Gabby and I had a brief, legal and entirely consensual relationship. Unfortunately, I did not handle the breakup well. I stopped responding to her, which is an immature and cruel thing to do to someone.” Gabby deleted her social media accounts after her allegations drew both praise and criticism over the weekend.

On Saturday night, a woman identified only as Danielle leveled sexual assault allegations at Justin Bieber. “After hearing about Gabby’s story with Ansel, it gave me courage to share mine,” she wrote. Danielle said that she and a few friends saw Bieber perform at Scooter Braun’s SXSW showcase in Austin, Texas, on March 9, 2014, and that a member of the singer’s entourage invited them to a party at the Four Seasons afterwards, where Danielle alleges Bieber separated her from her friends and forced himself on her.

Danielle’s tweets have since been deleted, and Bieber has vehemently denied the assault ever took place. “There is no truth to this story,” the pop star wrote, sharing receipts for the Airbnb where he says he stayed with then-girlfriend Selena Gomez on March 9 and the Westin where Bieber stayed with friends on March 10. “The pics I showed of me and Selena March 9 in Austin should make it clear that we were together that night and went from the venue to our Airbnb and never went to the Four Seasons,” Bieber tweeted.

The entire cast of Riverdale was accused of assault and harassment over the weekend, too. A newly-created Twitter account accused actor Cole Sprouse of sexual assault at a 2013 party at NYU. Other newly-created accounts leveled similar charges of assault and harassment against Sprouse’s Riverdale costars Lili Reinhart, KJ Apa and Vanessa Morgan, as well. Hours later, the account that’d made allegations against Reinhart posted a message reading, "Do you see how easy it is to lie and you guys will believe it? Vanessa Morgan and KJ Apa didn't do jack shit. You will believe anything.”

Sprouse released a statement on Sunday denying the allegations against him and slamming whoever was behind the fake Twitter profiles. "False accusations do tremendous damage to victims of actual assault. Furthermore, I would never seek to silence anybody. I encourage that people look into the accusations themselves, as the events detailed were factually untrue," Sprouse wrote. "This seems to be the latest claim in a series of incidents seeking to baselessly cancel my cast mates and me.”

Reinhart addressed the allegations in her own Twitter thread: "I have always taken sexual assault allegations seriously. But it was proven that this account was created specifically to create false stories about me and my cast. I can’t think of something more twisted than lying about sexual assault,” she wrote. "We are looking into taking legal action. This kind of sick behavior only harms true survivors. This was incredibly triggering for me and scary because I’ve always supported survivors and believed them,” Reinhart added.

More like this
The first frustrating roadblock in Marilyn Manson’s sexual assault lawsuit is here
By Chloe Stillwell
How many times must victims relive their trauma in the Larry Nassar case?
By Chloe Stillwell
After shutting up for a minute, celebrities want everyone to listen to them again
By Brandon Yu
Stay up to date