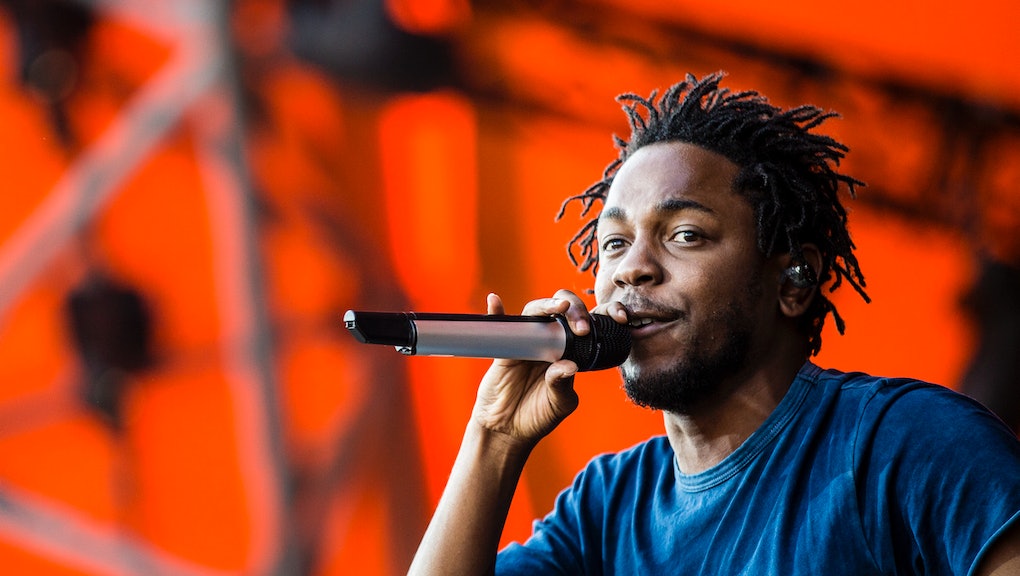 Kendrick Lamar's next album will be his last with Top Dawg Entertainment, as it should be

Kendrick Lamar has finally outgrew a kingdom he's built for most of his life. In a surprise blog post, the Pulitzer Prize Award-winning rapper announced his next album will be his "final TDE album," referring to his longtime label Top Dawg Entertainment.

In typical Lamar fashion, he shook the world unexpectedly and cryptically. The announcement of him leaving the label was posted on a site called oklama.com, which basically was just a folder entitled "nu thoughts" containing the post. Before he drops the news, he reinforces the recluse persona he's cultivated over the years by informing readers he goes months without a phone and spends part of days on "a hill of silence." When he does reveal he's working on his final album on TDE, he's reverential of his time making history.

"I feel joy to have been a part of such a cultural imprint after 17 years. The Struggles. The Success. And most importantly, the Brotherhood. May the Most High continue to use Top Dawg as a vessel for candid creators," Lamar wrote.

Outside of Lamar formally confirming his eventual release from TDE, the announcement is a display of Lamar's autonomy. Rumors of Lamar eventually leaving the label he started his career began in March 2020 when he and longtime friend and former president of TDE Dave Free launched a hybrid media company called pgLang. It wouldn't be until October 2020 when Lamar seemingly refuted the rumors in a hilariously cryptic Instagram about the public "smutting my name." Lamar probably had already decided to leave the label when releasing the now-deleted Instagram refutation video, but he wanted to be the one who had control over when the truth of his future came out.

The pgLang company he co-founded describes itself as an "at-service company," eschewing any traditional categorizations of pgLang as record label, movie studio or publishing house, hinting it may be a hybrid of all three. Kendrick Lamar's cousin Baby Keem was the first artist to partner with the company and has since released three songs under the pgLang banner in partnership with Columbia Records. Outside of Keem, the company has released more video content with Calvin Klein than released music with artists.

Lamar spent 17 years on the label, but in a five-year span, his creative potential had outgrown the confines of a traditional record label or trajectory of a rapper. Between 2012-2017, Lamar crafted a debut album as a short film, a multi-platinum hit machine of an LP that became the first rap album to win a Pulitzer Prize Award, and put together the soundtrack for Marvel's first Black superhero blockbuster, all while crafting music videos that seemed to scratch at the surface of a visual storyteller trapped in a rapper's body. And though he's announced his eventual departure from TDE, his longtime friends and business partners at the label, CEO Anthony "Top Dawg" Tiffith and President Terrence "Punch" Louis Henderson Jr., have congratulated him on the next step of his journey.

With his new post-TDE chapter, the most unpredictable hip-hop artist of the last decade will be able to transform into creative force we all saw coming. And hopefully, this means that the follow-up to 2014's DAMN. will be here soon.

More like this
R. Kelly was found guilty on all counts, and could serve decades in prison
By Brandon Yu
The Fugees' first show in 15 years begs the question: Can you be disappointed by a miracle?
By Keith Nelson Jr.
Lil Nas X’s ‘Montero’ is a vulnerable guidebook on self-acceptance
By Brandon Yu
Stay up to date