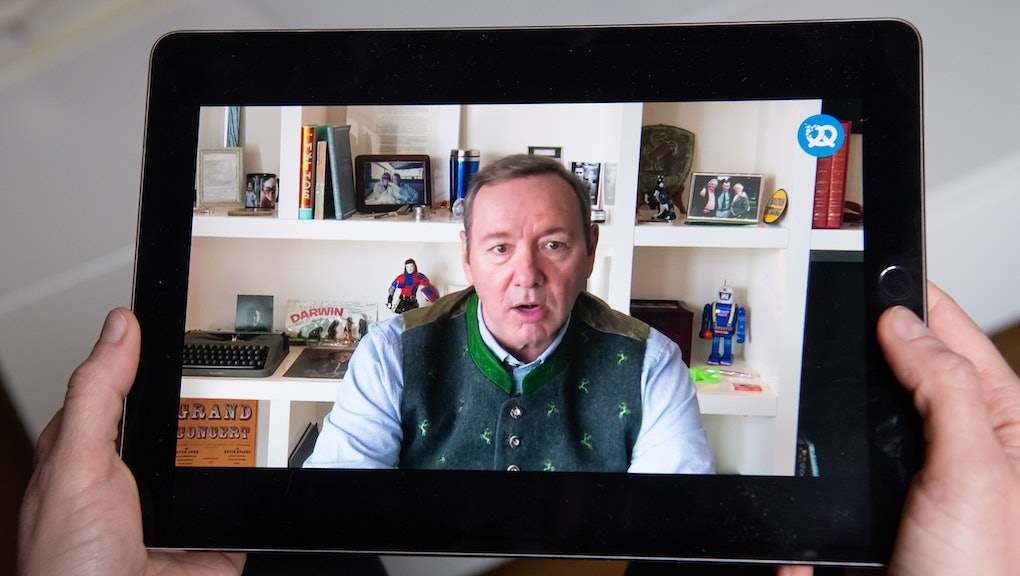 In a rare appearance since being accused of more than a dozen cases of sexual abuse, Kevin Spacey has compared his public downfall to the experience of laid-off workers during the pandemic. As the Daily Mail first pointed out, Spacey appeared on a Virtual Founders Breakfast for the Munich-based startup conference Bits & Pretzels. The disgraced actor spoke for nearly 10 minutes from home, drawing parallels between his situation and widespread job loss.

“I don’t think it will come as a surprise for anyone that my world completely changed in the fall of 2017. My job, my relationships and my standing in my own industry were all gone in just a matter of hours,” Spacey said. “I don't often like to tell people that I can relate to their situation because I think it undermines the experience that they may be having which is their own unique and very personal experience. In this instance, I feel as though I can relate to what it feels like to have your world suddenly stop.”

Spacey claims that he’s faced similar emotional terrain to his audience — mind you, which in this setting consists of start-up founders, entrepreneurs, and investors — after retreating from public life. “And so while we may have found ourselves in similar situations albeit for very different reasons, I still feel that some of the emotional struggles are very much the same,” Spacey says. “And so I do have empathy for what it feels like to suddenly be told that you can’t go back to work, or that you might lose your job, and it’s a situation you have absolutely no control over.”

He then details a meandering analogy about dreaming big and driving a car too fast in pursuit of those goals. Spacey ties this to his monomaniacal focus on acting since age 11, and how that was suddenly put on hold. “When my career came to a grinding, screeching halt, when I was faced with the uncertainty that I might never be hired as an actor again, I had asked myself a question I’d never asked myself before, which is, if I can’t act, who am I,” he says.

Last December, a lawsuit accusing Spacey of sexually assaulting a massage therapist was dropped by the accuser’s estate. The anonymous therapist, who died last September, alleged that Spacey groped and tried to kiss him before offering oral sex. The suit was dropped just one week after Scandanavian writer Ari Behn, who’d accused Spacey of groping him, died by suicide.

Spacey has been light on public appearances since he was first accused of sexual abuse in 2017. He’s posted a pair of bizarre videos to YouTube on each of the past two Christmas Eves, entitled Let Me Be Frank and KTWK (Kill Them With Kindness,) in character as House of Cards’ Frank Underwood. Last year, he was invited to recite a poem at a museum in Rome with thinly-veiled parallels to his own public downfall.

Soon after the assault allegations emerged in 2017, Bits & Pretzels severed ties with Spacey, who had previously attended as a keynote speaker and held some indeterminate partnership with the conference. “In light of the allegations against Mr. Spacey we have decided that he is currently not a suitable ambassador for Bits & Pretzels and will be suspending his partnership until more facts become available,” the conference’s founders wrote in a statement.

More like this
Films based on real life tragedy often lead to exploitation of real life people
By Chloe Stillwell
Dua Lipa has officially distanced herself from DaBaby
By Kara Weisenstein
What Madison Cawthorn packs for his flight: Heat
By Rafi Schwartz
Stay up to date