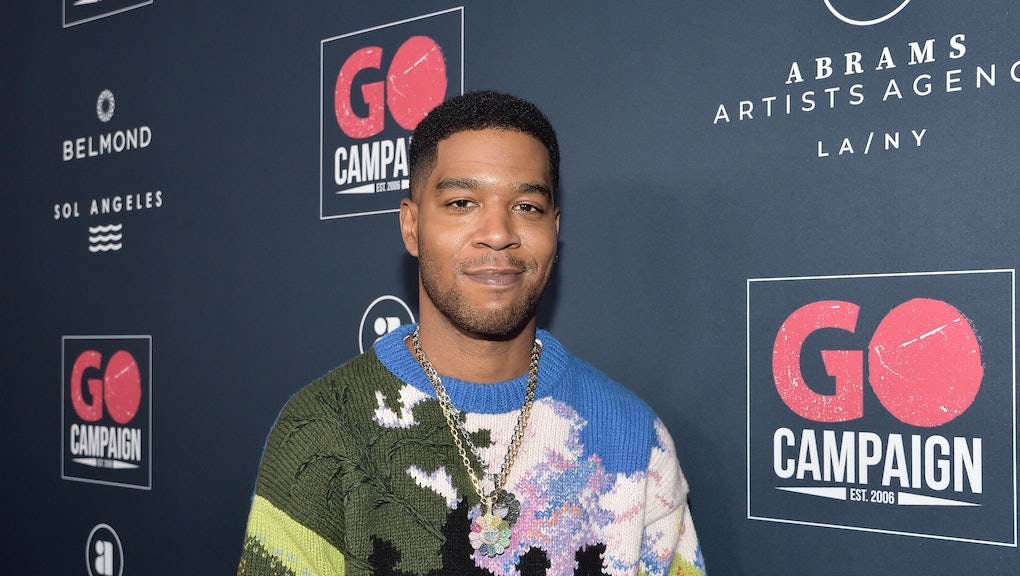 Kid Cudi is not here for your ridiculous gender norms

Over the weekend, Kid Cudi posted a photo on his Instagram donning the iconic bounty hunter Mandalorian helmet. The hubbub that ensued, though, was not related to the Star Wars-themed look, but the peace-sign he threw up in the photo, which revealed a set of painted nails. You probably know how the rest played out: online hate flooded in, and Cudi eventually turned off the comments on the post.

On Twitter the next day, he explained, “I got tired of blockin so many accounts. I really need u to understand, if u dont like me doin this or anything I do, please dont buy my albums, dont come to my shows. Fuck way off.”

Embedded in that explanation is an acknowledgement of the dissonance within this hate toward Cudi in particular: Cudi “doin this” is indeed very much in line with anything he does. The rapper’s entire artistic identity, and the reason he has among the most dedicated fan bases in music of the last 15 years, has been built upon his vulnerability, his openness to being one’s truest self, and spreading love. If the angered commenters consider themselves fans, have they not been paying attention to Cudi’s entire discography and artistic persona all these years?

That reason for this kind of irony is just another indication of a cycle that, it seems, will never end. These small incidents that aren’t really incidents pop up, and every time a mob shows up on cue, even when there's nothing new to see. Men wearing nail polish has been relatively commonplace for some time, and Cudi himself has already pushed against gender norms in clothing before. Just three months ago, Cudi famously wore a floral-printed, Virgil Abloh-designed dress while performing on stage at SNL as a tribute to the late Nirvana frontman Kurt Cobain, who once wore a similar outfit. Before that, Cudi wore a crop top while performing at Coachella in 2014, and wore a kilt during a performance in Miami in 2010. His choices are also not even new in hip hop, from Kanye West’s leather kilt to Young Thug’s Jeffrey dress to Lil Yachty's own nail polish line.

Yet with each incident, people online show up outraged. Even now, amid (or because of) the more recent era of mainstream acceptance around gender and sexual fluidity, the same sequence of events occurs. It seems as much as we progress around, queer identity or arbitrary gender constructs that dictate even the color on a fingernail, our entrenched codes around masculinity and all of the toxic isms of the world persist. Round and round we go.