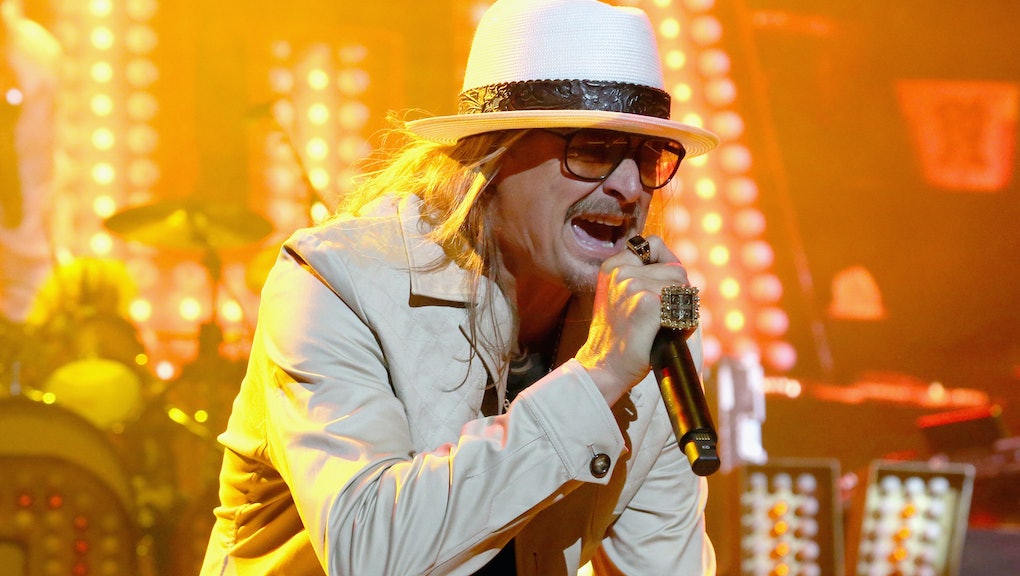 Kid Rock’s Nashville bar, the Big Ass Honky Tonk & Rock N’ Roll Steakhouse, has joined a lawsuit with several other local business owners to sue the city over loss of income during the pandemic. Back in June, the restaurant received a five-day beer permit suspension from Nashville’s Metropolitan Beer Permit Board for serving patrons at the bar. The county had banned anyone from being seated and served in public during its second phase of reopening.

Echoing the rhetoric of Bar Lives Matter protesters who swarmed the Texas capitol on Sunday, the lawsuit alleges that bars and restaurants are the subject of unfair discrimination, compared to other businesses and Black Lives Matter protesters. “When confronted with the clear disparity in how government officials were treating restaurants/bars compared to the individuals participating in protests, both Mayor (John) Cooper and Director (Michael) Caldwell basically said these individuals have the right to peacefully assemble under the First Amendment,” the lawsuit reads.

While research has shown that protests did not lead to a spike in new coronavirus cases, bars and indoor dining have been among the most common vectors in new COVID-19 hotspots. For instance: in Pennsylvania, the divide is clear between the state’s two largest cities. Philadelphia, which drew nearly 10,000 people during the height of the protests, has seen a slight uptick in new COVID-19 cases during the past week. Pittsburgh, which had smaller, more disparate protests but opened bars and restaurants, has set record high COVID-19 single days for nearly a week running. Local public health officials attributed this to indoor bars and restaurants being open — something that wasn’t the case in Philadelphia, despite the larger protests.

During the earliest days of stay-at-home orders in March, the Big Ass Honky Tonk had infamously refused to close, with owner Steve Smith calling Nashville Mayor John Cooper’s order to close bars “unconstitutional.” After his choice was met with swift backlash, he complied with the order, closing Honky Tonk and his other Nashville businesses.

But this week, Smith summoned some Red Scare rhetoric when talking about the bar restrictions. “The Nashville government is, like, communist. They've got us behind a Berlin Wall," he told The Tennessean. "It's against our constitutional rights.”

More like this
Why do we even care about Taylor Swift's feud with Scooter Braun?
By Chloe Stillwell
Billie Eilish doesn't have to answer to us about who she loves
By Kara Weisenstein
A real-life victim of the 'Zola' villains says "there's nothing glamorous" about sex trafficking
By Kara Weisenstein
Stay up to date