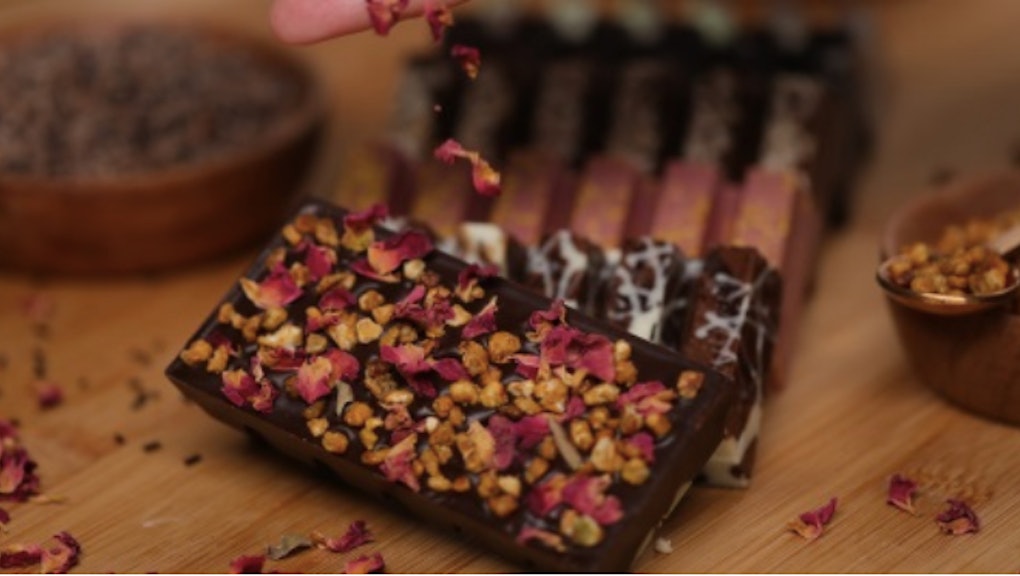 KitKat's new $17 chocolate bar is about adventure, not elitism

Pretty much every food we ate as kids has gotten a grownup, gourmet makeover — from grilled cheese sandwiches made with muenster and fontina (in lieu of Kraft singles), to s’mores and even cereal bars. Now, another childhood classic has undergone a similar glow-up: KitKat bars.

Nestlé has announced the “KitKat Chocolatory,” a sumptuous, $17, eight-finger bar (alas) exclusively for the United Kingdom. According to a company press release, customers will be able to choose from more than 1,500 flavors, such as honeycomb and rose petals, to make their own personalized “Create Your Break Bars.” The KitKat Chocolatory also includes special edition flavors, such as Springtime in Japan and Whisky & Ginger; as well as Best of the British flavors available only in John Lewis stores, such as Earl Grey and Apple & Rhubarb Crumble. The luxury line — which could be a nod to Japan's amazing (yet cheaper) variety of KitKat flavors — will debut in 30 John Lewis stores on September 26 and online in November.

As you might imagine, people on social media have feelings about this. Many balked at the price, which comes out to about ten times that of a classic KitKat bar. Others scoffed at the notion of a convenience store staple suddenly branding itself as bougie and artisanal. “Basic brands just can’t pretend to be luxury,” said one Twitter user. “Ever tucked into a KitKat & wished it were smothered in rose petals? Or had a gin & tonic or cherry bakewell flavour?” tweeted another. “Nope, me neither.”

Purists may beg to differ, but the new KitKat line isn’t necessarily elitist (even if the price is). It represents our inner child, playing with our food to discover the sublimity of unexpected flavor combinations, like Oreos dipped in peanut butter or pizza drizzled with Tapatío.

In the same vein, the KitKat Chocolatory line taps into that childhood desire for experimentation, but plays with a broader, richer adult palate. Sure, playing with food can go in some really weird directions, like Cheez-it pizza or a Cheetos chicken sandwich, which both seemingly resulted from a supremely high brainstorm. But other times it can result in a refreshing departure from the usual.

My point is, playing kitchen Frankenstein can veer into WTF territory, but it’s an admirable attempt at honoring our sense of adventure and curiosity. KitKat’s take feels more intentional and less like the result of an attack-of-the-munchies eureka moment — and that almost makes up for the egregious price point.

More like this
Could "chickenflation" tilt America toward a more plant-based diet?
By Tracey Anne Duncan
Steak-umm, the social justice warrior no one asked for, tweets fire once again
By Joseph Lamour
Sex workers deserve to eat well. And Meals4Heels delivers
By Lovely Brown
Stay up to date