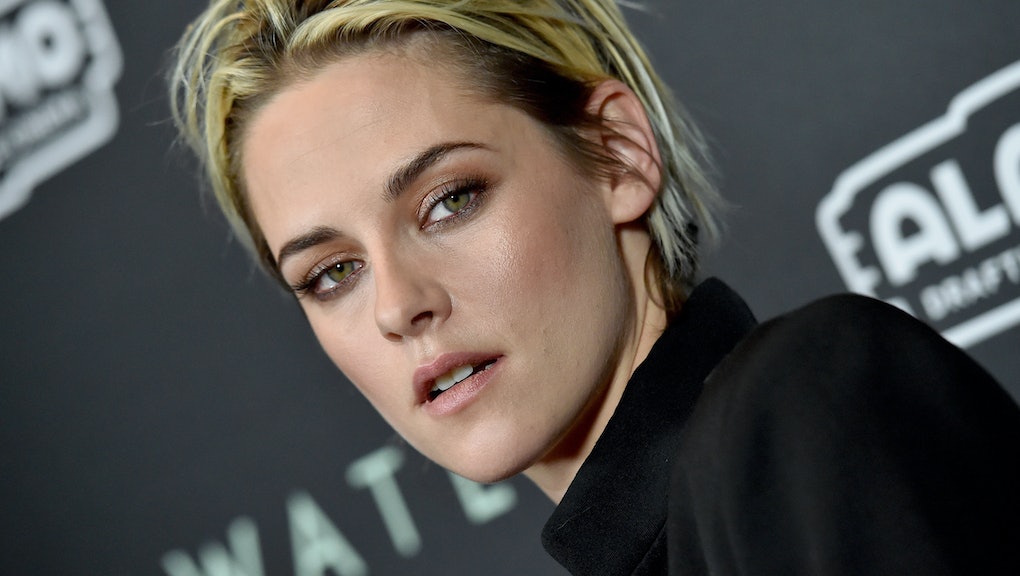 Kristen Stewart, queen of our dark hearts, will play Princess Diana in a new biopic

Now this is a casting decision we stan. Kristen Stewart will star as Diana, Princess of Wales, in a new biopic about the beloved royal. The film, titled Spencer, is set during the weekend in the 1990s when Diana decided her marriage to Prince Charles wasn’t working. It's helmed by Chilean filmmaker Pablo Larraín, acclaimed director of 2016’s Jackie.

“Kristen is one of the great actors around today,” Larraín told Deadline. The director said he was drawn to Stewart for her enigmatic qualities. “Kristen can be many things, and she can be very mysterious and very fragile and ultimately very strong as well, which is what we need,” he said.

“I think she’s going to do something stunning and intriguing at the same time. She is this force of nature,” he added. Since starring in the Twilight franchise, Stewart has sought out challenging roles in smaller films, garnering acclaim for her performances in movies like Personal Shopper and Clouds of Sils Maria.

Unlike that film, Spencer won’t touch Diana’s tragic death after she exited palace life. Instead, the biopic will examine her fraying marriage and her fierce love for her sons, Princes William and Harry.

“We all grew up, at least I did in my generation, reading and understanding what a fairy tale is,” Larraín told Deadline. “Usually, the prince comes and finds the princess, invites her to become his wife and eventually she becomes queen. That is the fairy tale.

“When someone decides not to be the queen, and says, I’d rather go and be myself, it’s a big big decision, a fairy tale upside down. I’ve always been very surprised by that and thought it must have been very hard to do. That is the heart of the movie,” the director explained.

The pressures of royal matrimony and life in the public gaze are topical ones, to be sure. Prince Harry and his wife Meghan Markle gave up their titles as the Duke and Duchess of Sussex this spring. Their decision to step away from public life was largely a reaction to the harassment Markle received at the hands of the British press.

A quarter century after Diana ended her royal marriage and stepped away from the glitz and glamour of life as a princess, it’ll be interesting to revisit her story with 2020 vision, so to speak. We feel pretty confident Kristen Stewart will play her with vulnerability, wisdom and spunk.

More like this
Dua Lipa has officially distanced herself from DaBaby
By Kara Weisenstein
Films based on real life tragedy often lead to exploitation of real life people
By Chloe Stillwell
A crisis PR firm dragged the Golden Globes for its discrimination. Will it listen?
By Brandon Yu
Stay up to date