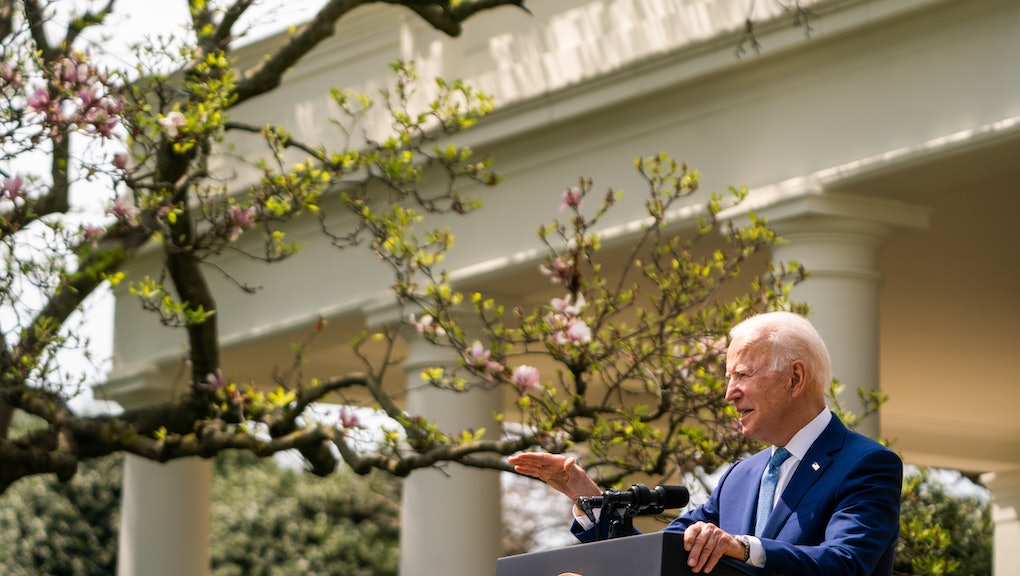 While President Biden’s strategy to address climate change focuses largely on solutions issued from the federal level in the form of legislation, executive order, and action from federal agencies, ALEC is planning to mount its defense at the state level. According to Grist, the conservative nonprofit has floated three different controversial and legally dubious methods of exerting its influence over state legislatures in an attempt to thwart executive action on climate change. Those plans include passing nullification acts at the state level that would seek to label federal actions as unconstitutional (and therefore unenforceable); attempting to initiate a constitutional convention to pass amendments that would strengthen the legal authority of states; and passing non-binding resolutions to reaffirm the Tenth Amendment, declaring that any power not explicitly granted to the federal government is then up to the states.

In essence, per the calls Grist accessed, ALEC is trying to fight back against Biden’s climate agenda by grandstanding, using dubious techniques that could mire progress in legal challenges. It’s hard to say if the plan will work, but it appears that the primary goal is to throw out as many hurdles as possible to interfere with anything that even remotely resembles long-overdue action on climate change.

These working groups have not officially been announced, but are reportedly being headed up by Ken Ivory, a former Republican member of the Utah House of Representatives and one of those fringe characters who show up in the GOP Weirdo Extended Universe. Ivory is best known for attempting to pass a law that would force the federal government to transfer control of all land within Utah's borders to the state. In attempting to pass this law, he encouraged county commissioners to give money to an organization known as the American Lands Council, which Ivory founded and of which he previously served as president. Ivory succeeded in passing legislation that required the federal government to turn over the land to the state to manage in 2012, only for the law to basically be ignored and for legal scholars to pan the legislation as illegal and unconstitutional. Federal land in Utah is still managed by the federal government.

You know things are bad when the corporation that discovered and hid evidence of climate change in order to protect profits thinks you're too extreme.

Ivory has left the Utah legislature behind and is now helping ALEC do what it does best: Craft legislation that Republican-controlled states adopt and regurgitate without the slightest bit of questioning. ALEC, which rakes in tons of money from corporate backers who want to influence laws across the country, has successfully put its finger on the scale over the last few decades by providing what it calls “model bills.” These are essentially boilerplate bills that GOP lawmakers can adapt and propose within their respective statehouses, streamlining the process of passing corporate-approved bills that can swing laws across the country without needing to actually pass laws at the federal level. When you see several Republican-controlled states pass similar bills on issues of gun control, voter identification, or immigration, you can usually safely assume that ALEC is involved.

ALEC has done a fair amount of work opposing climate change legislation at the state level, too. The organization has attempted to pass bills across the country that discourage funding for clean energy projects including wind and solar power infrastructure. It has also been behind a spate of bills that seek to make it illegal to "trespass" on land where infrastructure projects were occurring — a transparent attempt to criminalize the act of protesting oil pipeline projects, following large demonstrations halting construction of the Dakota Access Pipeline and other fossil fuel ventures. In recent years, ALEC's attempts to kill action on climate change have actually cost the organization some big-name backers; corporations including Google, Microsoft, and even big oil firms ExxonMobil and Shell have all cut ties with the group for ALEC's climate denialism. You know things are bad when the corporation that discovered and hid evidence of climate change in order to protect profits thinks you're too extreme.

ALEC still has plenty of big money backers and tons of influence in state legislatures across the country. According to Grist, some states including Idaho, Texas, South Carolina, and Montana have already taken up resolutions to reaffirm the Tenth Amendment and attempt to nullify executive orders issued by President Biden. Those bills are straight from the ALEC playbook. Expect to see plenty more of these efforts crop up across the country as part of an effort to stall out any progress in the effort to combat climate change.