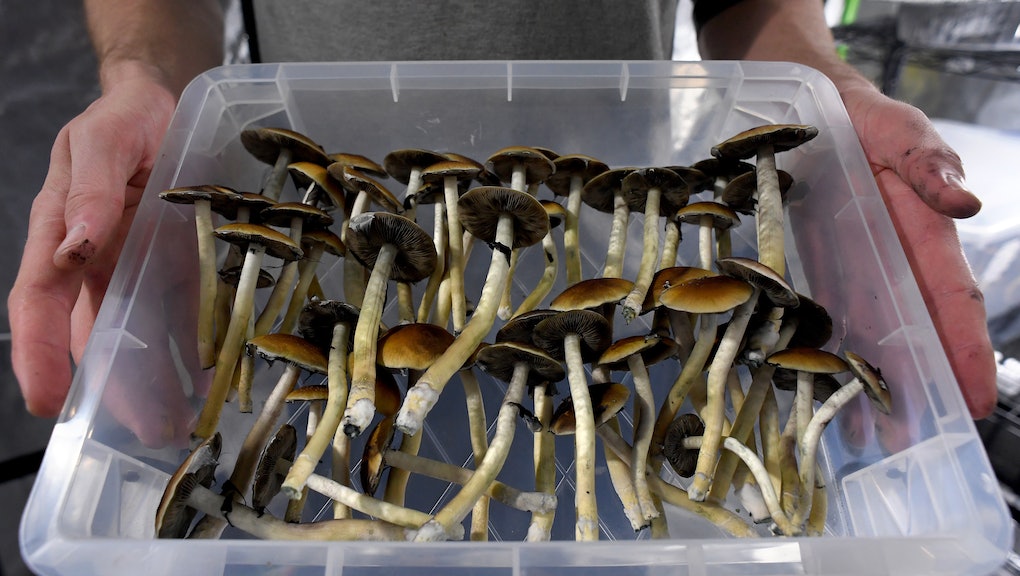 Cannabis. Weed. Devil's Lettuce. Marijuana. Whatever you call the drug that's responsible for propelling a multi-billion dollar industry, voters in Arizona, Montana, New Jersey, and South Dakota voted Tuesday to legalize weed. In making the drug available for recreational use without threat of criminal prosecution, the states join 11 others and the District of Columbia in legalization. States are motivated to address high arrest rates and prison population because of the cost it takes to run those systems, among many other reasons.

At the federal level, marijuana is still illegal, as it is still in seven remaining states. All other states in the country have a mix of laws relating to marijuana use, ranging from full legalization to acceptable only for medical use. Of the states that changed their drug laws on the books Tuesday night, South Dakota is the only one that made a complete 180-degree turn — going from completely criminalizing marijuana to allowing for its legal recreational use. In Mississippi, for example, voters took a more measured, albeit important, step in voting to lift a ban on allowing for the use of marijuana for medical reasons.

Those aren't the only states that pushed through major reforms in their drug policies. In Oregon, voters made waves by voting to decriminalize all drugs, notably cocaine, LSD, and heroin. Measure 110 will replace criminal arrests for the possession of those drugs with a $100 fine, as well as establish treatment services and programs for addiction. Residents of Oregon also put their stamp of approval on Measure 109, which legalizes magic mushrooms (formally known as psilocybin) for medical use to treat anxiety and depression. Washington, D.C., also decriminalized use of magic mushrooms.

The measures' approval is a rebuke of the sentencing laws that can initiate a cycle of economic insecurity that prevents individuals from leading healthy, stable lives. "People who are booked in jail for substance use face heightened health risks given the substantial rate of overdoses and suicides in detention or upon release," The Appeal reported. "And a criminal conviction over substance use often leads to mounting economic difficulties by limiting access to housing, employment, and student loans, which can make recovery more difficult."

About 40 years or so ago, the U.S. started down a long, expensive, and destructive path of criminalizing drugs, especially marijuana. Harsh sentences coupled with racist and reactionary policies meant that local municipalities and states could incarcerate someone even for the smallest amount of marijuana.

In an op-ed penned for Truthout, Drug Policy Alliance executive director Kassandra Frederique explained that the Nixon administration's "war on drugs" created a culture of criminalization that's stretched beyond policing and incarceration. "[Criminalization policy] has fueled wide-scale militarized policing, cost taxpayers over $1 trillion since its inception, and expanded punitive institutions outside of the criminal legal system — including punishment-oriented systems embedded in schools, hospitals and social service agencies," Frederique wrote.

Years of grassroots organizing pushed policy makers to change their tune on drug criminalization, a shift in thinking that was also spurred by the related crisis and policy failure of opioid drug addiction, which largely impacted white people. At its core, drug policy and criminalization is an issue of racial justice, advocates for policy change argue. As the ACLU wrote in a report this year on state-level changes to marijuana policy, simply decriminalizing or legalizing marijuana may lead to lower overall arrest rates, but racist disparities in policing remain.

More like this
This poll shows just how strong Trump's hold on Republican voters is
By AJ Dellinger
Uncontrollable, weed-induced vomiting is on the rise, according to new research
By Tracey Anne Duncan
'Nine Perfect Strangers' is a deranged portrait of psychedelic wellness retreats
By Erin Qualey
Stay up to date