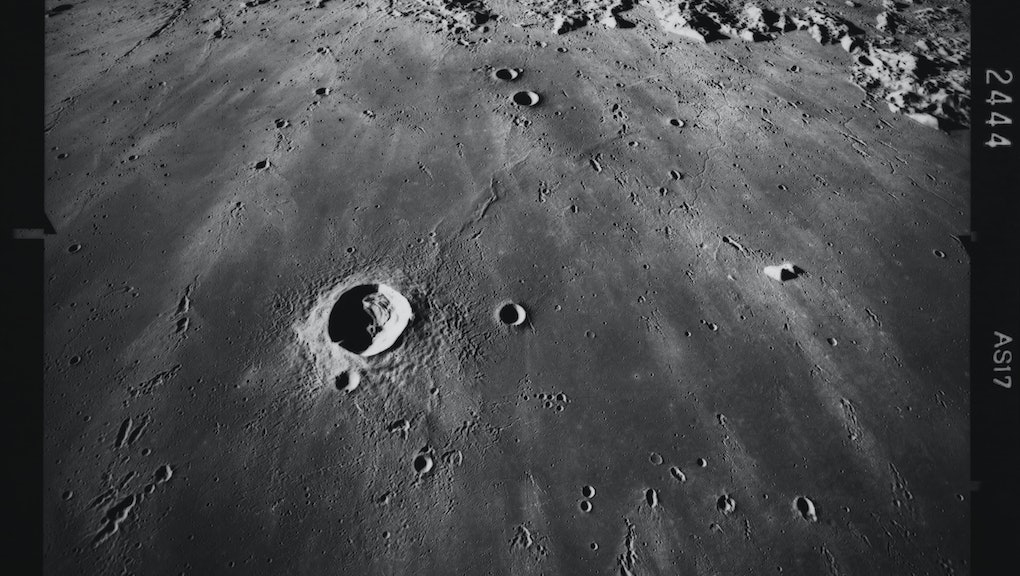 Let's put some sperm on the moon!

Barring some sort of monumental leap forward in any number of interrelated fields, including energy production, waste management, transportation, and carbon capture, there's a fairly good chance that humanity — and lots of the other species with which we (poorly) share this planet — is pretty much screwed. And while there are some nascent contingency plans in place for what happens if mankind gets tossed off the existential bandwagon, the truth is, if we keep going the way we're going, things aren't going to end well.

Enter Jekan Thanga and his team at the University of Arizona, who this week unveiled their proposal to create a worst case-scenario repository of humanity's most precious commodity, juuuuuust to be safe.

Just what is humanity's most precious commodity, you ask? The answer, obviously, is: itself. Specifically, sperm. Lots and lots of sperm. And not just sperm, but ova too. From humans, and millions of other species, all gathered together (I hesitate to speculate how) and sent someplace safe, should Earth prove entirely inhospitable for mass survival, even temporarily.

Speaking at this year's Institute of Electrical and Electronics Engineers Aerospace Conference, Thanga and his colleagues presented their elegant solution to safeguarding the genetic diversity of our planet from its "volatile environment." The plan, Thanga explained in his proposal "Lunar Pits and Lava Tubes for a Modern Ark," is to launch the sperm and ova of some 6.7 million different species to the moon where they would be stored in the hollowed out lava tubes that worm their way under the moon's surface.

Indeed, the moon's network of caverns and geological tubes has long attracted scientific speculation as a potential site for lunar bases and other projects. And, as Thanga notes, "They are only 4-5 days from Earth" and provide "excellent shelter against lunar surface temperature swings, cosmic radiation and micro-meteorites."

Crucially, given the sensitive material in question, Thanga points out that his proposed ark "would house these endangered species in cryo-conditions of -180 degrees Celsius and colder." Then, he explained, the sperm and ova would be kept in orbit around our planet "until the tech advances to then reintroduce these species — in other words, save them for another day."

If this all sounds fairly pie in the sky, you're not wrong. The plan for a lunar ark is still very much a theoretical proposal at this point.

"Our research shows that new technologies are needed to make this initiative possible," Thanga wrote in a description of the project. "It will require substantial investments and advances in robotics to operate under cryo-conditions."

In other words, we still have some small steps, some giant leaps, and some other forms of physical exertion to go before we put our feet — and other parts — back on the moon.

This article was originally published on March 13, 2021