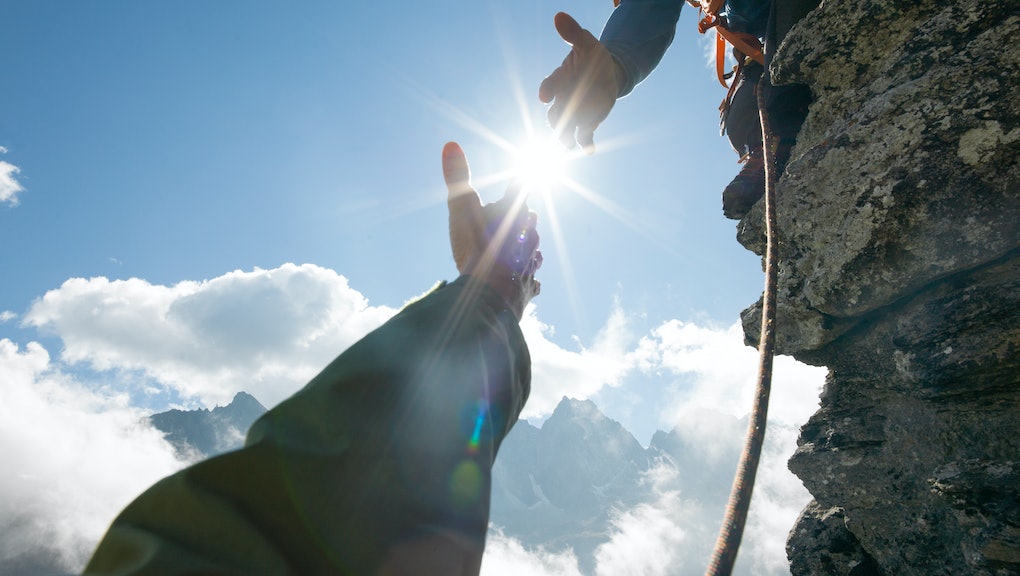 Life on welfare isn’t what most people think it is

When Americans talk about people receiving public assistance — food stamps, disability, unemployment payments, and other government help — they often have stereotypes and inaccurate perceptions of who those people are and what their lives are like.

Statistics can help clarify the picture by challenging false stereotypes of undeserving people gaming the system, but people’s stories about their own experiences can be more memorable and therefore more effective in changing minds.

As an anthropologist and folklorist seeking to better understand life on public assistance, I have worked with a team of researchers in North Carolina over the past seven years, recording stories people tell about welfare in America. We’ve talked to more than 150 people and recorded over 1,200 stories and found that the stories people tell about aid recipients rarely match up with the stories told by people actually receiving aid.

The danger of short-term solutions

Pat has a story that is representative of many aid recipients. She started working at McDonald’s at age 15 to help her family make ends meet. After graduating high school, she worked in hotels, factories, and big-box stores, all in physically demanding jobs.

At 45, she got hurt at work, and now has back problems that have rendered her unable to do the only jobs she has been trained to do.

Theoretically, Pat faced a choice between going to school or a training program, or finding low-wage work — but she didn’t have the luxury of looking at the long-term benefits of learning new skills. She and her family needed money right away.

So, like many aid recipients, she found a series of short-term solutions to that immediate need. But taking one low-paying job after another to put food on the table effectively locked her out of the opportunity to build skills she could have used to work her way out of poverty.

The many causes of poverty

As I explain in my forthcoming book, Overthrowing the Queen: Telling Stories of Welfare in America, the reasons people find themselves needing assistance are numerous and interrelated. Many children born poor remain poor as they grow up and raise their own families, inheriting the financial hardships of the past as continued pressure in the present.

Millions of Americans still can’t get a quality education, jobs that pay a living wage, affordable child care to offset low-wage labor, or reliable transportation. But more than anything else, health problems emerged in our interviews as one of the most pervasive causes, and results, of poverty.

The real stories are often hidden from view

At first glance, people receiving public aid may seem to confirm popular stereotypes. But actual stories reveal that there is much more to many recipients’ situations than outside viewers might imagine.

For instance, a casual observer in the grocery store could see a woman I’ll call Keira dressed immaculately, with carefully coiffed hair and manicured nails, buying her groceries with food stamps and conclude that she was one more “welfare queen” gaming the system.

But as a newly single mother of two who had just gone through a divorce, Keira was trying to find a home and a job in a new city. Her clothing and appearance reflected the life she had recently led, and the jobs she was applying for, not excessive or illegitimate aid benefits. Keira’s use of food stamps was temporary. She soon found two jobs and is able to help put her children through college.

Aid is less temporary for others. “Davey” often smokes outside the local homeless shelter. He knows cigarettes are not good for him, but they provide him comfort as he deals with a degenerative joint disease, broken spine, and extensive nerve damage that went undiagnosed for years because he didn’t have health insurance. He eventually got the health care he needed and has applied for disability, but he lost his job and his home and will likely never walk again.

“Lilly” has a dog, even though she needs food stamps to feed herself and gets free health care. She was homeless for a while until she was able to afford a room in a boarding house and then qualify for subsidized housing. But it wasn’t always this way. Lilly was married with a home and a thriving Avon business.

After only a few years of marriage, she realized that if she stayed with the physically and emotionally abusive man she had married, she might not survive. She escaped, only to find herself in a new town with no money, no home, no family, and no job. Her dog may seem like an unnecessary expense, but he provides crucial comfort for Lilly as she moves toward self-sufficiency.

Many people told us stories that illuminated one of the problems they found most frustrating with the current welfare system: An increase in income can result in a corresponding reduction in benefits. Rather than climbing a ladder to success with each promotion, they remain on a treadmill.

“Louise” lives in public housing and pays rent based on her income. But as a home care nurse, her income fluctuates depending on her patients’ needs. Less care means less money for Louise to pay her rent and feed her children.

“I can’t tell you how discouraged I have felt,” she told us. “I have cried. Every time when I start another job, I know I got to report that income. And the people at grant housing said, ‘Well, because you have a certain amount of hours, you have pay [coming in].’ But my patient just got moved, so my income is not going to be the same. And the housing guy just said, ‘Well, we can’t keep adjusting the rent.’”

In some places, that trap may be loosening a bit. Some states such as Minnesota have allowed aid recipients to keep a greater portion of their benefits as they begin working. In North Carolina, some local housing authorities offer their residents a program that matches a portion of their savings to help them build their own safety net.

These stories show only some of the range of problems aid recipients face and the complex systems that can make it more difficult for them to make ends meet. But they provide a crucial, if often overlooked, perspective in helping to clarify public perception, public opinion and, importantly, public policy.

This article was originally published on The Conversation by Tom Mould at Butler University. Read the original article here.

More like this
Should vaccinated people wear masks indoors?
By Peter Chin-Hong
No, the COVID-19 vaccine doesn't mess with your fertility. But COVID-19 can
By Ranjith Ramasamy
What is a breakthrough infection?
By Sanjay Mishra
Stay up to date