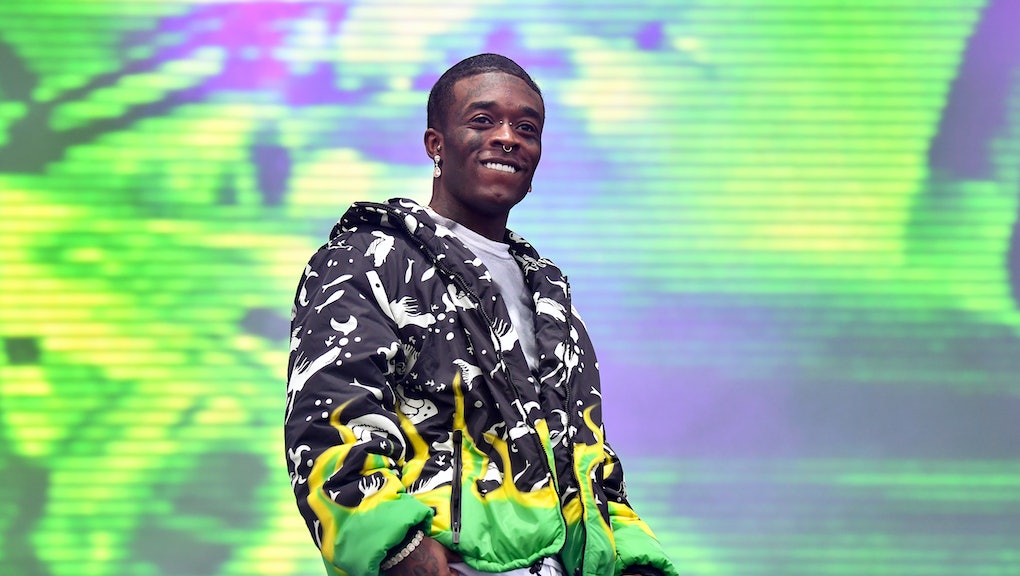 When you talk about the world’s most expensive faces, that could mean a variety of things. Maybe it’s whoever has the most surgical touch-ups, whose image generates the most sheer value for the entertainment industry, or which cartoon company mascot brings in the most dough. After surgically implanting a big old pink diamond into his forehead, Lil Uzi Vert is now in the running by default.

Uzi had been teasing the embed for a little while, but Page Six points out that he appears to have gone through with the thing. Last week, the rapper offered some details on his latest exorbitant rock — a nearly 11 carat Elliot Eliantte pink diamond, clocking at $2 million per carat. An artist with streams in the billions is obviously doing well for himself, but even Uzi needed to space out the payments since 2017.

Photos and videos of Uzi’s new forehead made their way to Instagram on Tuesday night, with CEO Slow and Eliantte sharing videos of the new stone. Uzi confirmed it for himself on Wednesday, and well, you can check it out for yourself down below:

As Page Six points out, he explained his rationale for going the forehead route rather than, say, a diamond ring, to a fan on Instagram. “If I lose the ring yeah U will make fun of me more than putting it in my forehead ha ha jokes on you ha ha ha ha ha ha ha ha… And yes I do have insurance,” Uzi said. Ominous!

Although he’s significantly raised the price tag of forehead studs, he isn’t the first rapper to tread into this space. In the leadup to Uzi’s implant, Houston MC Sauce Walka attacked him for stealing the idea, since he recently implanted a cheaper $250,000 diamond into his own forehead. Depending on if any extraneous side effects come from the forehead enhancement, you may not want to go down as the pioneer for this thing!

But maybe it’s fine. I personally can’t manage to look at it, let alone think about it for more than a few seconds. This has to make it harder to get your head off the pillow in the morning? Hold your head up while gaming? Anyway, hope this works out for all parties involved.

More like this
Lil Nas X’s ‘Montero’ is a vulnerable guidebook on self-acceptance
By Brandon Yu
Lil Nas X delivered his baby, 'Montero,' along with an ill-fated love story
By Kara Weisenstein
Nicki Minaj and the Tale of the Giant Balls proves we need to explain vaccines better
By Kara Weisenstein
Stay up to date