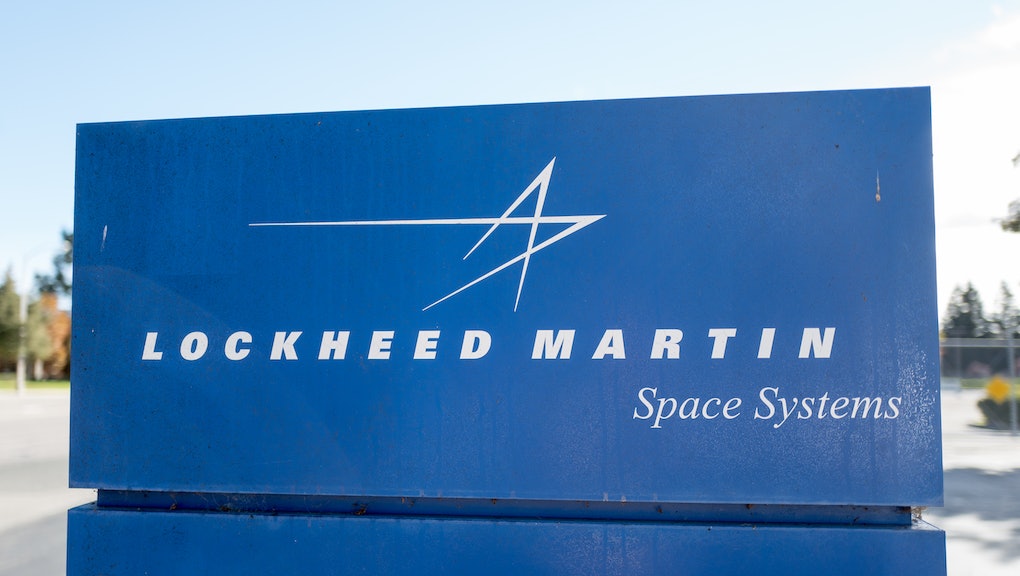 Lockheed Martin is accused of creating an "environmental nightmare" in Florida

Lockheed Martin is best known for the weapons technology it manufactures that the American military relies upon when waging wars overseas. But at home, the massive defense contractor has seemingly launched an assault against the environment. Two separate lawsuits were filed against the company this week, both alleging effectively the same thing: the weapons maker has created an "environmental nightmare" by exposing the residents of Orlando to toxic chemicals.

At issue in the suits is the Lockheed Martin facility in Tangelo Park, on the southwest side of Orlando. The facility is used by the company to test weaponry including bombs and missiles. According to the lawsuits, the manufacturing process has resulted in the production of a number of dangerous wastes like metal sludge, oils, greases, metal scraps, cyanide, and acid solutions.

Lockheed Martin has allegedly failed to properly manage that dangerous runoff. The company is accused of storing toxins and other waste products in leaking tanks and disposing of the waste through underground piping systems — which have also suffered from leaks. The result, according to the lawsuit, is that Lockheed Martin has been expelling gaseous toxins into the air and soil, potentially exposing residents who live near the building and neighboring businesses that share space in Tangelo Park. The company is also accused of dumping thousands of tons of waste sludge into hastily dug trenches located around the facility.

The suit notes that Lockheed Martin did, at one point, at least try to take steps to contain some of the toxins. The company installed air strippers and soil vapor extraction systems, which were supposed to take in the toxins and turn them into gases. But, instead of properly managing those gases, the company allegedly just expelled them into the air.

The factory was a haven for pollution as well, the lawsuit claims. Lockheed Martin, according to the lawsuit, was producing a concentration of methylene chloride and trichloroethylene in concentrations as high as 386,000 parts per billion (ppb) and 213,600 ppb, respectively. The Environmental Protection Agency restricts the concentration of these pollutants to just 5ppb.

The first of the two complaints filed against the defense contractor is a personal injury lawsuit, filed on behalf of 13 workers at the Golf Channel. The Golf Channel's building in Orlando is just across the street from the Lockheed Martin facility. The second complaint is a class action suit, which can be joined by anyone living or working near the Lockheed Martin base in Tangelo Park.

While the class action lawsuit lays out many of the potential damages that residents of the Tangelo Park area may have been exposed to as a result of Lockheed Martin's alleged negligence, the complaint from Golf Channel employees represents people who have allegedly already suffered due to exposure to harmful toxins and chemicals. Employees listed as plaintiffs in the case report suffering from brain lesions, multiple sclerosis, a number of different types of cancers, and other physical illnesses that may have altered the livelihood of the individuals. In the class-action suit, it is alleged that a child born to a family that lives near the Lockheed Martin factory was born with “deformed hands, fingers, and toes, and ectodermal dysplasia,” and without tear ducts.

The plaintiffs in the lawsuits are seeking medical treatment and compensation for suffering caused by Lockheed Martin's alleged negligence. The complaints also call for medical monitoring programs to determine if people living in the surrounding area are suffering from any illnesses caused by pollution from the plant. John Torrisi, a spokesperson for Lockheed Martin, told Mic the company "first became aware of this allegation during a Zoom media conference." According to Martin, "We are reviewing the complaint. It is our company practice not to comment on pending litigation."