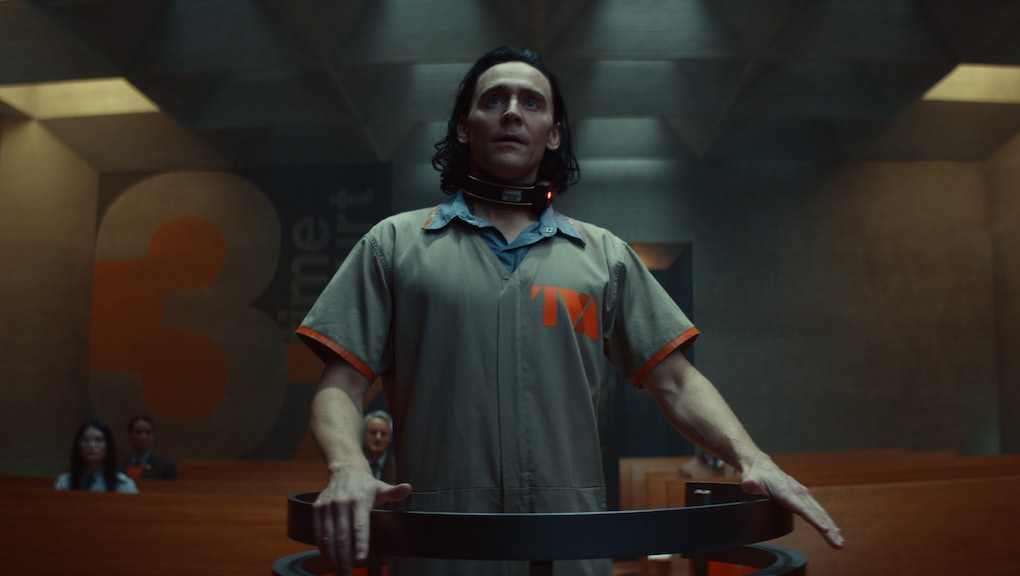 'Loki' is Marvel's best show yet, because it doesn't feel like a Marvel show

“There’s a fork in every road, yet the wrong path always taken.” This is just one of Loki’s many poetic metaphors in the series premiere of Loki on Disney+. Loki is, of course, referring to why he should be the king of Earth (personally I would love that), but this logic could also apply to the MCU television shows. I hope the way that I just used Loki’s metaphor as my own metaphor makes sense.

WandaVision and The Falcon and The Winter Soldier were strong entries into the MCU’s television entries. These shows started off promising, but ultimately ended exactly like the movies with confusing climatic battles that didn’t need to be as long as they were. The best parts of the MCU shows so far are their character moments, such as Wanda Maximoff accepting her grief, Vision becoming more human, Bucky Barnes freeing himself of guilt, and Sam Wilson becoming Captain America. Both WandaVision and The Falcon and The Winter Soldier chose the wrong paths in the end. Instead of focusing on character development, they tried to match the scale of the MCU films, making the character arcs that differentiated them from the films feel more like a B-story to the main timeline of the MCU.

Loki does not — and hopefully will not — have this problem. In the main MCU timeline, Loki is dead. Death often has no finality in this universe, but the series premiere of Loki proves that Loki’s death, ironically, is the best thing for his own series. Because Loki (portrayed by Tom Hiddleston) is dead in the main timeline, the show doesn’t have any major consequences in the MCU. Loki is an extension of a beloved character, not a progression of a massive story. It is told and presented on a much smaller, self-contained scale, quite like season one of Disney+’s Star Wars TV series, The Mandalorian. The majority of the Loki series premiere occurs in a dark, corporate office building with muted colors and a limited set of characters. It has more of an Owen Wilson-with-a-mustache-does-sci-fi vibe (here, as the inter-dimensional agent Mobius) than a Marvel vibe.

Loki is still a MCU show, though. The multiverse was (sort of) introduced, and we had to watch Loki watch clips from movies we’ve already seen. As annoying as it could have been, this device was used effectively and offered one of Loki’s best emotional moments to date: after watching himself send Dark Elves to his mother’s death and seeing himself make the ultimate sacrifice for the greater good, he sobs. At the beginning of the episode this man was fresh off invading Midtown with an alien army, so this is huge.

The Loki series premiere is creative, vibrant and a stark (sorry) tonal contrast from the rest of the MCU’s offerings. It’s not only willing to do its own thing like let Owen Wilson have grey hair and an itty bitty mustache, it’s allowed to do its own thing because it’s not bound to the movie that comes next (or a movie that might come several years later). Free from the narrative constraints that come with being a small part of a bigger story, Loki finally gets to be his greasy, mischievous and theatrical self. If Loki continues to follow its own narrative off the beaten path, Marvel and Disney could finally learn that not all IP has to connect to the familiar.

More like this
A crisis PR firm dragged the Golden Globes for its discrimination. Will it listen?
By Brandon Yu
Issa Rae, Lil Nas X, and J-Lo just gave us a masterclass in social media
By Keith Nelson Jr.
8 shows like 'Ted Lasso' to watch if you need more feel-good TV
By Brandon Yu
Stay up to date