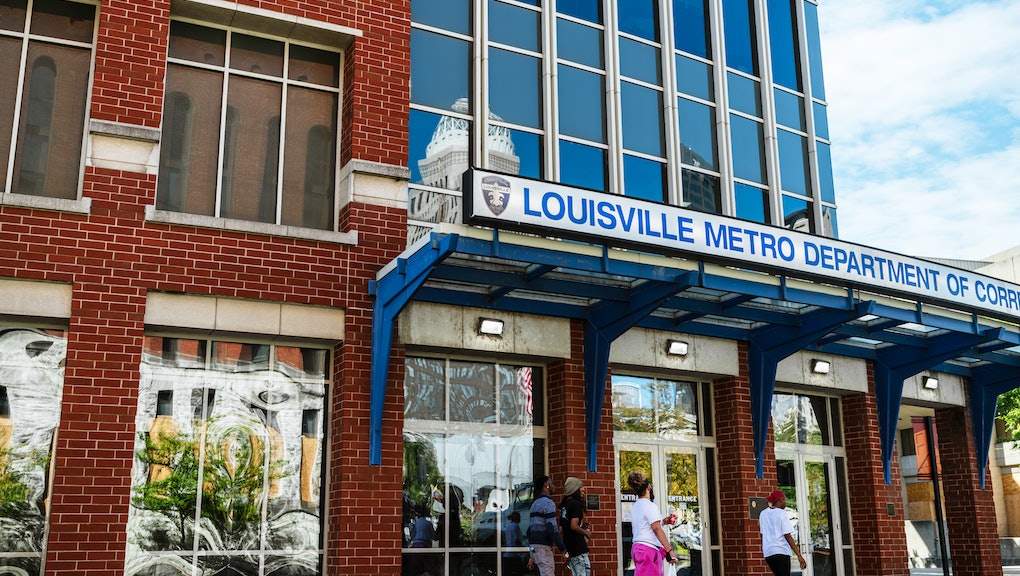 Louisville police hid documentation about officers abusing kids, then lied about it

A new report by the Louisville Courier Journal sheds light on the years-long effort by the Louisville Metropolitan Police Department to cover up evidence that its officers were sexually abusing children participating in an extracurricular program run by the department. The LMPD lied about having access to 738,000 documents that incriminated its officers and neglected to comply with the Journal's open records act requests. In essence, the department abused children, lied about the existence of documentation, and refused to comply with federal law.

The news comes years after the public learned that officers were sexually abusing children participating in the LMPD's Explorer program. At least half a dozen former participants who survived the abuse filed a joint lawsuit against two LMPD officers in early 2017. Then-Chief Steve Conrad — who was fired by Louisville Mayor Greg Fischer this year after his officers shot and killed an unarmed Black restaurant owner — had closed an investigation into one officer's alleged abuse of a young girl in 2014 when the officer resigned from the LMPD.

What's so shocking about this latest development is that documentation of the sexual abuse was made available a year after the Courier Journal requested them, and after the city had claimed the documents were no longer accessible. "I have practiced open records law since the law was enacted 45 years ago, and I have never seen anything so brazen," Jon Fleischaker, an attorney for the Courier Journal, told its reporters. "I think it's an outrage."

Fleischaker explained that the city intentionally "destroyed their ability to comply with the open records law" in order to deflect any opportunity the public may have had to learn about the depth of the abuse. "They can't require us to go elsewhere to get those documents," Fleischaker said. The Courier Journal claims that multiple city officials and departments skirted the law to protect the reputation of LMPD officers.

A Louisville city council member wrote on Twitter that this abuse of power and stems not just from leadership within the police department, but from higher-ups in the city as well. "There aren’t the appropriate words to describe how indefensible this is," Councilman Anthony Piagentini said. "This administration oversaw the sexual exploitation of minors and then deleted evidence."

The editor of the paper, Richard Green, explained that the LMPD has a history of attempting to hide the truth. "Over and over again, this is a police department that obfuscates and fails to remember it works for the taxpayers of Louisville," he said. "To now dodge the public's access to these documents speaks to an institutional disregard for the Open Records Act and the very residents LMPD is to serve and protect. My frustration with how it's been handled only underscores our commitment to dig even deeper and hold those in power to account."

Of course, this isn't the first time that the LMPD has been in the news this year. In March, LMPD officers shot and killed 26-year-old Breonna Taylor, a Black woman who was asleep in her home. Eight months later, still no officers have been charged for shooting and killing Taylor.

More like this
Ohio police have "run amok" in their dealings with protesters, a federal judge admitted
By Vanessa Taylor
In his first address to Congress, Biden took on the country's vices: guns and police brutality
By Rafi Schwartz
Caitlyn Jenner's campaign is off to a great start!
By Rafi Schwartz
Stay up to date