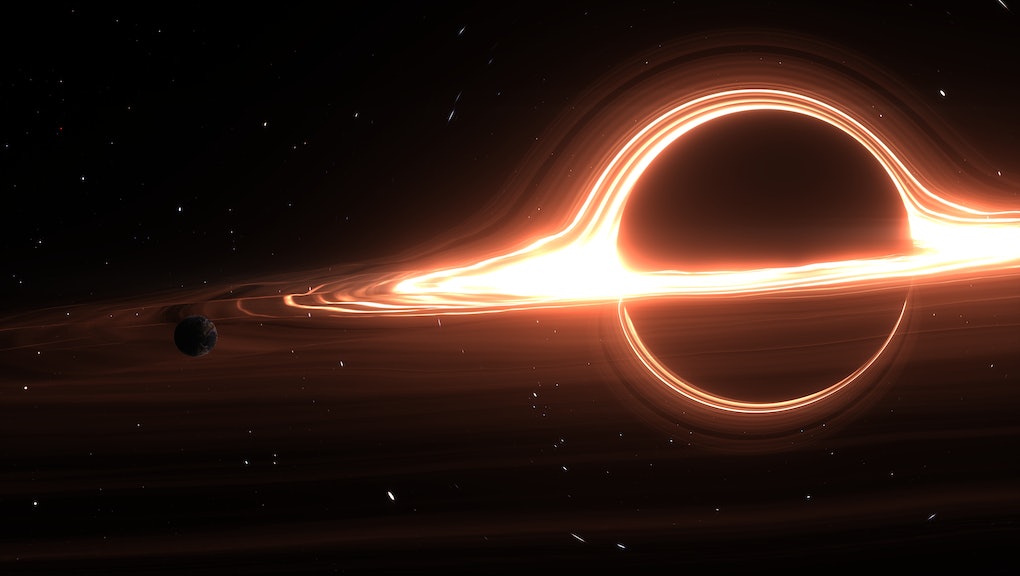 Think you've seen just about everything there is to see when it comes to black holes? Think again. With the help of two different data sets, scientists may have just spotted the smallest known black hole ever. According to a study published on Thursday in Science, the junior black hole (if you could even call it that) is about 3.3 times as massive as the sun, and is located in a binary system about 10,000 light years away, right on the edge of the Milky Way. As is usually the case with discoveries like these, researchers need additional data to confirm how small the black hole is – however, this is an intriguing find, nevertheless.

Most black holes that scientists observe are closer to five to 15 times the mass of the sun, making this black hole relatively tiny in comparison. Of course, these are just the black holes that we're actually able to observe. There may be many others out in the universe and indeed in just our solar system around the same size as this one, of course. It's just that scientists can't always see them, because it's so difficult to do so in the first place.

The way this particularly small black hole was found is based on its lack of X-ray signature. Typically, larger black holes emit X-ray radiation that telescopes can pick up on. This smaller one did not, but thanks to Todd Thompson, professor of astronomy at the Ohio State University, he and his team were able to spot it by using the Apache Point Observatory Galactic Evolution Experiment (APOGEE).

"We’ve wondered whether there’s anything there between the most massive measured neutron stars, which are about 2.1 times the mass of the Sun, and the least massive well-measured black holes, which are at five solar masses,” said Thompson of the team's search. "So, there’s this gap."

The team searched for signs of stars in other binary systems and whether or not they were being influenced by some sort of nearby object, indicative of black holes. Once they retrieved that data, they used additional information from the All-Sky Automated Survey for Supernovae (ASAS-SN) to narrow down their search for the right system.

"By combining those two datasets, in literally one day, we found this star," said Thompson. "That turned out to be an incredibly efficient way of finding this interesting object."

However, the team isn't exactly sure that the black hole is the smallest they've found just yet. While they're hoping the 3.3 solar masses estimate is correct, they plan to do additional follow-ups to confirm, as other black holes have been found with similar margins of error that could place them around the same area.

"If it is confirmed at 3.3 solar masses, it would be very peculiar and the lowest-mass black hole," Thompson confirmed.

Here's to hoping additional information places the black hole at the smaller end of the spectrum. A "small" black hole just seems impossibly weird and cool.