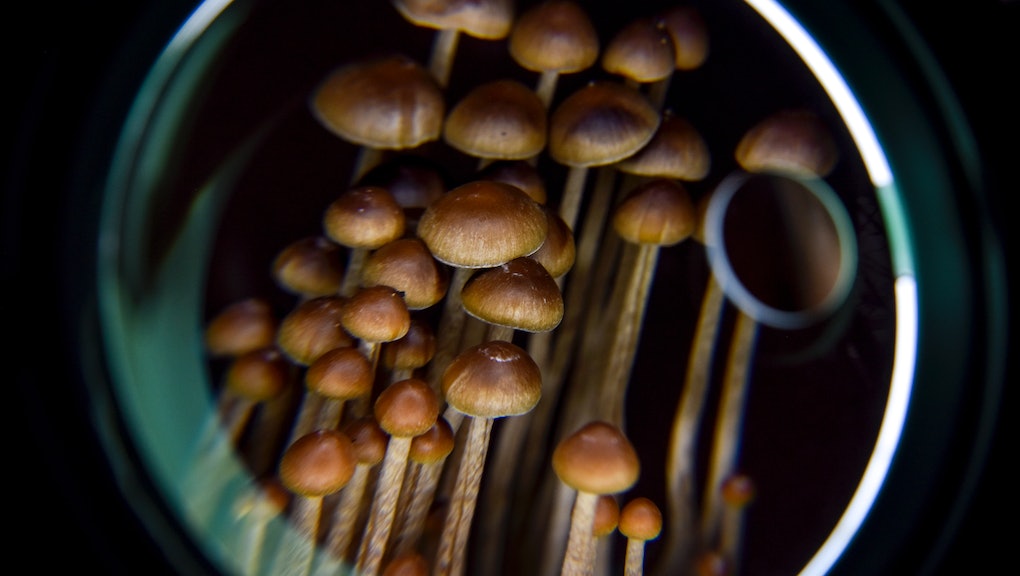 Magic mushrooms could treat depression better than some medications, a new study suggests

Psychedelics have been an alluring subject of research for a while now, especially because of their promise in treating mental health conditions that don’t respond to currently available options. Recent research findings add to growing evidence that psilocybin — the psychedelic compound in magic mushrooms — could treat depression when combined with therapy. In a clinical trial, psilocybin worked as well as a commonly used antidepressant.

It’s important to stress that this is a small, phase 2 clinical trial. But even with these and other limitations, the results — which appeared in the prestigious New England Journal of Medicine — are intriguing. “Psilocybin therapy appears to be at least as effective as a leading conventional antidepressant and is faster acting with a reassuring safety profile when given by professional therapists,” Robin Carhart-Harris, study author and head of the Centre for Psychedelic Research at Imperial College London, told PsyPost.

Carhart-Harris and his team enrolled 59 adults with moderate to severe depression in the trial. They randomly assigned 30 of them to the psilocybin group and 29 to the escitalopram group. Escitalopram (sold under Lexapro, Cipralex, and other brand names), is what’s known as a selective serotonin reuptake inhibitor, or SSRI, the most widely prescribed class of antidepressants, per the Mayo Clinic. To minimize bias, both the participants and the researchers remained blind to the treatment assignments.

The members of the psilocybin group took two separate doses of 25 milligrams of psilocybin, while those in the escitalopram group took two doses of just one milligram of psilocybin, which the researchers expected to have little effect, PsyPost explained. The participants took each dose in a clinical setting while listening to music and getting support from licensed psychiatrists. In addition to these in-session doses, psilocybin group members took a placebo pill every morning, while escitalopram group members took a single dose of the antidepressant, also every morning.

Finally, the participants responded to a questionnaire designed to measure the severity of their depression symptoms, per PsyPost. After the six-week trial, psilocybin group members’ questionnaire scores dropped eight points on average, while escitalopram group members’ scores fell by an average of six points. This difference wasn’t statistically significant, though, meaning that at this point, we can only say that psilocybin seemed to work at least as well as escitalopram.

Some people who take SSRIs report a dulling of their emotions, Harvard Health noted, as well as their sexual response. PsyPost pointed out that psilocybin group members in the trial showed an improved capacity to cry, as well as experience pleasure and intense emotion, while escitalopram group members were more likely to report lowered emotional responsiveness and sexual dysfunction, among other side effects. These particular results raise the question of whether psilocybin could offer relief for people with depression, without the dulling effect seen in SSRIs.

As exciting as these findings might be, it's important that we need to keep a few caveats in mind. Carhart-Harris — who’s also a founder of MyDelica, a progress tracker for psychedelic journeys —told the outlet that a larger trial comparing psilocybin to a placebo would’ve made the data easier to interpret. What's more, SSRIs can take several weeks to kick in, suggesting that the researchers might have seen better results in the escitalopram group had the trial lasted longer.

The trial “does not prove that psilocybin is a better treatment than standard treatment with escitalopram for major depression,” Guy Goodwin, a professor emeritus of psychiatry at University of Oxford, who wasn’t part of the study, told the Science Media Centre. “However, it offers tantalizing clues that it might be.”

More like this
What are terpenes and how do they affect my high?
By Melissa Pandika
Can CBN help you sleep? The science behind the trendy weed compound
By Melissa Pandika
This anti-vaxx doctor is seriously telling lawmakers vaccinated people are "magnetized"
By Tracey Anne Duncan
Stay up to date