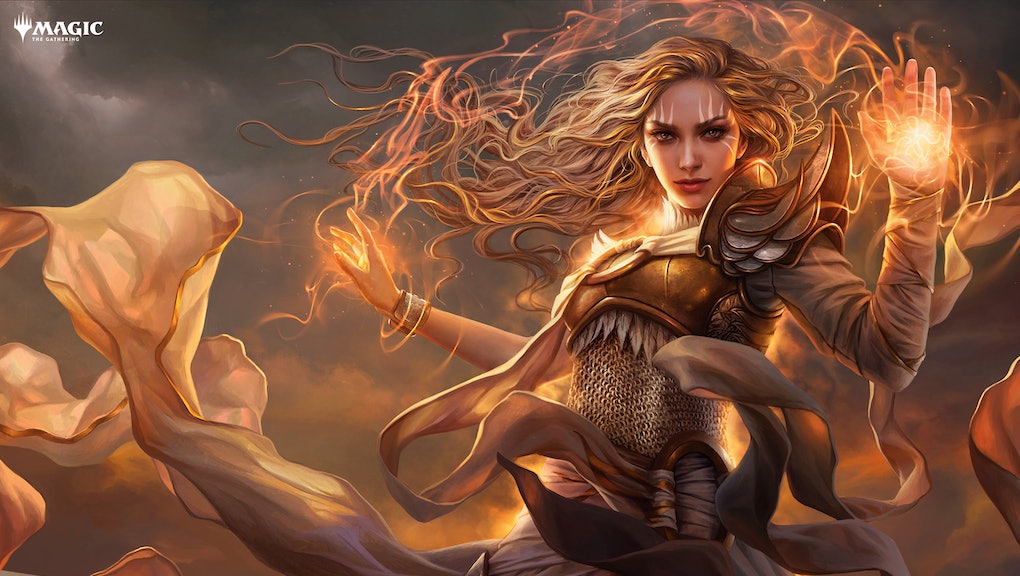 Magali Villeneuve/Wizards of the Coast LLC

‘Magic: The Gathering’ has a Netflix animated series in the works from the directors of ‘Avengers: Endgame’

The Russo brothers are jumping from superheroes to fantasy heroes. The directors of the wildly successful Avengers: Endgame have announced their next project as an animated series made in collaboration with Netflix. This new series will be based on the lore behind the Magic: The Gathering collectible card game, and will feature a new storyline, expanded backgrounds of the magical characters called 'Planeswalkers,' and the villains of the game's mythical world.

In a press release for the announcement, the Russo brothers expressed their fondness for Magic, calling this collaboration a passion project they're eager to bring to life. "We have been huge fans and players of Magic: The Gathering for as long as it has been around," the brothers said in a statement. Entertainment Weekly noted previous failed attempts to bring Magic to movie fans, but Netflix appears to be aiming for success where others have failed. In addition to the Russo brothers, the company has grabbed other creative talents to beef up the project, pulling in people who were involved in Spider-Man: Into the Spider-Verse, Batman: The Animated Series, Agent Carter, and The Lego Movies. Although details about the series are still scarce, the show seems to be focusing on presenting a mature-themed, suspenseful story that seeks to do justice to the game's rich lore and over 25 years of history.

"There's no one better suited to bring this story to audiences around the world than Joe and Anthony Russo," stated John Derderian, the head of Anime programming for Netflix. "[Their] talent for genre storytelling is unmatched, as demonstrated by their central role in creating some of the biggest box office hits of all time.”

It might seem strange to adapt a story from a collection of cards, but Magic: The Gathering is no ordinary card game. Each card and each character adds to an ever-expanding world that comes together to create a level of detail even Game of Thrones fans might appreciate.

Lauren Orsini, a contributor to Forbes, describes the story as one that "spans millennia and is home to a colorful cast of well-developed characters with their own backstories, personalities, and motivations." She noted the quality of the stories as well, pointing out that the first book in Magic's War of the Spark series ranked fifth in the New York Times bestseller list for May and that it is but one of many stories available for Netflix to explore.

Magic has entertained fans for years with its traditional trading cards. Now, in this new digital age, the company is reaching out to more fans by creating a digital game, novel, and comic book series. After enticing esports-loving gamers through its "Magic Pro League," the company has now set its sights on picking up more fans by partnering with Netflix. Here's to hoping that fans will soon be able to watch another high-quality hit.