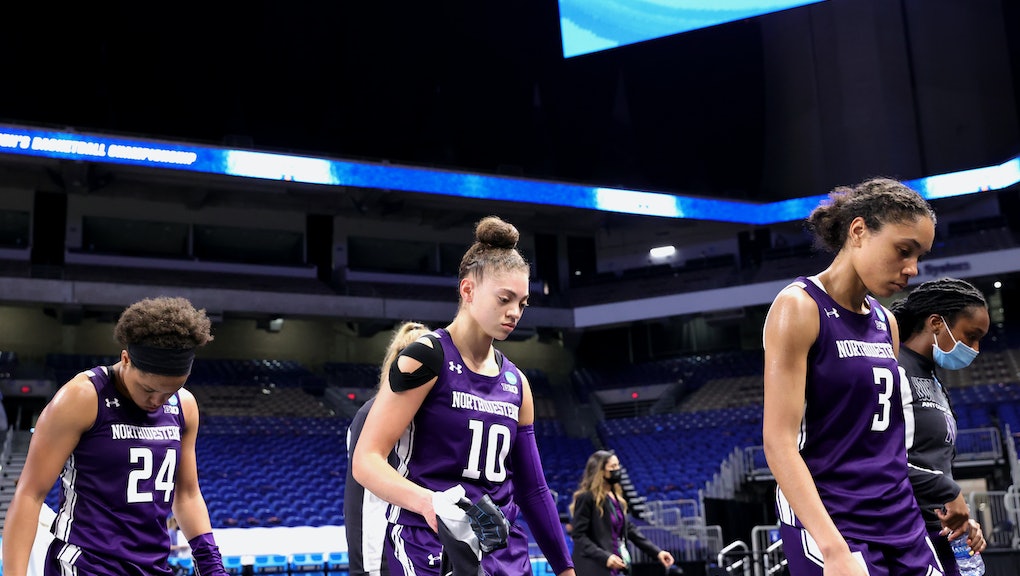 March Madness might be over, but the fight for gender justice continues

When college women basketball players began to post photos and videos of how they got less food, less accurate COVID-19 testing, and less exercise equipment in the NCAA March Madness Tournament bubbles than their male counterparts, a sense of collective outrage ensued.

U.S. Sen. Kristen Gillibrand, a Democrat from New York, tweeted out: “This is outrageous — but it’s not just about the weight room. From their facilities, to their food, to giving them less reliable COVID tests, the women’s NCAA basketball teams are being shortchanged.”

Sabrina Ionescu, the star Women’s National Basketball Association player with the New York Liberty, added: “Women’s @NCAA bubble weight room vs Men’s weight room… thought this was a joke. WTF is this?!? To all the women playing in the @marchmadness tournament, keep grinding!”

Natasha Cloud, a WNBA star with the Washington Mystics, was equally outraged, having tweeted: “Don’t worry @ncaawbb @marchmadness @NCAA we see what and who yall value. Title 9.”

As researchers who study inequities in college sports and Title IX — the federal law meant to, among other things, curtail such inequities — we, too, believe that the March Madness debacle is just the latest episode in what at times seems like an entrenched culture of unfair treatment for women athletes.

As Muffet McGraw, former University of Notre Dame women’s head basketball coach, tweeted, “the fact that there’s a huge disparity between men’s and women’s sports is hardly breaking news. We have been fighting this battle for years.”

Indeed, the fight for equity throughout women’s sport has been a battle for decades.

For starters, female athletes were not provided consistent opportunities to participate in sports until the passage of Title IX in 1972. Among other things, the landmark legislation prohibits sex-based discrimination in extracurricular activities within schools that receive federal funding. Once women did receive competitive opportunities, they still faced discrimination, sexism, and stereotyping.

“The NCAA became concerned by what it perceived to be the potential weakening of its position as the dominant and controlling body of intercollegiate athletics,” Richard C. Bell wrote in article about the history of women in college sports before Title IX. “If Title IX was to apply to intercollegiate sports at all levels and women were to be elevated to a status equal to the men, its financial assets and political power were threatened.”

Across social media, some questioned why Title IX does not apply to the NCAA and the March Madness disparities.

However, in 1999, the U.S. Supreme Court held in NCAA v. Smith that the NCAA was not subject to Title IX because it was not a direct recipient of federal financial assistance. Title IX applies only to educational programs that receive federal financial assistance. As the late Justice Ruth Bader Ginsburg, writing for the unanimous court, stated in the decision: “Dues payments from recipients of federal funds … do not suffice to render the dues recipient subject to Title IX.”

While the NCAA is not subject to Title IX, that does not let schools off the hook. Therefore, once schools were made aware of the disparities between amenities and services provided by the NCAA, they had a legal obligation to determine whether this disparity was justified under Title IX.

In fact, institutions and teams were made aware of the facility and equipment disparities within the women’s bubble via the NCAA Tournament Manual. The NCAA did not plan to provide the women’s teams with a full weight room until the Sweet Sixteen, which was scheduled for March 27.

University of Georgia women’s basketball head coach Joni Taylor confirmed this in her statement to the media revealing that their staff had to make their own arrangements for workouts and meals before arriving at the tournament bubble.

So while the disparities for female athletes are not new or shocking, perhaps, in the words of Dawn Staley, a storied player and the current coach of the 2017 NCAA Women’s Basketball Champions South Carolina, it is time “for the NCAA to re-evaluate the value they place on women.”

This article was originally published on The Conversation by Lindsey Darvin, Anita M. Moorman, and Ann Pegoraro. Read the original article here.

More like this
Why hearing your own voice is so difficult
By Neel Bhatt
How much sleep you need, depending on your age
By Dana McMakin
Doctors treating trans youth grapple with uncertainty, lack of training
By Stef M. Shuster
Stay up to date