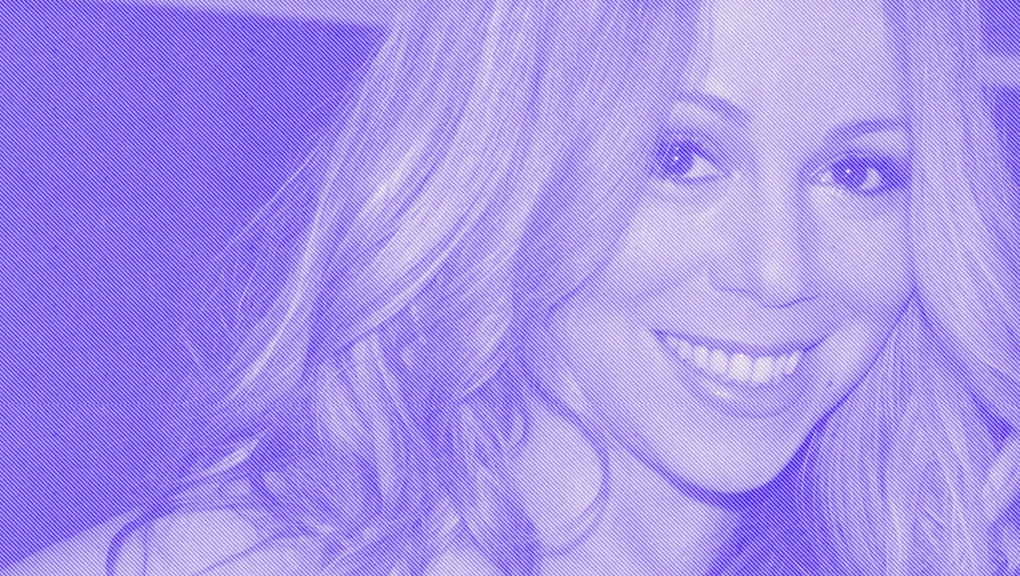 Two decades after I first watched Mariah Carey's debut feature film Glitter, one scene remains locked in my mind. Carey's character Billie Frank stares sheepishly into the eyes of producer and boyfriend Julian "Dice" Black before delivering an impromptu performance of "Don't Stop (Funkin' 4 Jamaica)" — complete with a soaring whistle note at the end. As an MTV-era 12-year-old, it was a given that I’d ask my dad to rent the movie for me from Blockbuster when it was finally available on DVD in the winter of 2002 — just a few months after its September 21 theatrical release in the United States.

I was instantly enthralled by the story of Carey’s character as she attempted to kick off a music career and uncover her inner strength while navigating challenges such as being separated from her mother Lillian Frank as a young child, a rocky romantic relationship with her producer Dice, and a host of shady characters circling her budding entertainment career.

Carey’s more emotional moments on screen stuck with me most — like Billie’s unforgettable performance of “Never Too Far” at the film’s close, or her tender, complicated moments with her mother at the beginning. And the film's accompanying album had gems like the high energy “Lover Boy,” that sampled Cameo's “Candy,” and the lively “​​Don’t Stop (Funkin 4 Jamaica),” which interpolated the 1980 track "Funkin' for Jamaica (N.Y.)" by Tom Browne. But seeing that I watched Glitter a few months after its theatrical release, I already realized that my pre-teen adoration of the film wasn't aligned with the more biting critiques the project received across the pop culture space.

Carey’s Glitter era was surrounded by chaos: the film was labeled a flop, and attacks on Carey’s emotional well-being and viability as a entertainer mounted in the weeks around its release. The latter point is still a confounding concern, considering that Carey had already collected 15 No. 1 singles on the Billboard Hot 100 chart and four No. 1 albums at the time. But as I grew older and occasionally revisited the movie on quiet Friday nights or looped my favorite tracks from the album during early morning workouts, I realized the more ominous factors that gutted Glitter of its fun and wielded the project against one of music’s most celebrated and impactful pop stars of all time.

With its loosely biographical plot, Glitter was Carey’s chance to tell her personal story from the fictional vantage point of Billie. And since Carey was known for her grandiose personality and bravado, the dramatic, campy tone of the film certainly matched what we’d expect from her. Glitter also allowed Carey to flex her independence and her business prowess outside of ex-husband and former manager Tommy Mottola and Columbia Records, where Mottola was CEO. After years of her artistry often being controlled by people other than herself, Carey deserved the opportunity to expand her entertainment empire and take calculated risks while crafting a project that honored her own journey from a Huntington, New York, demo singer to a global pop star. And that's what she got: she signed a history-making recording contract with Virgin Records that was worth a reported $100 million, and landed a production and distribution deal with a major film studio. She coupled the feature film with a soundtrack she had full creative and production control over. It was an even more powerful message to see one of the biggest Black women entertainers diversifying her skills and opportunities outside of just the music industry.

Glitter was by no means a perfect film, but it certainly had heart, attitude, and a dash of unpolished charm. Sadly, it was deflated by intense critiques that largely seemed like a means to ground one of entertainment's biggest and most opulent personalities. The album’s solid soundtrack also became soiled by the fallout from the film, despite having standout tracks and eventually selling over 2 million copies.

Coupled with the negative critiques about the quality of the film and album were swipes at Carey’s mental health. Press claimed she was headed toward a breakdown, and attributed every action she took as a sign for the worst. Instead of the Glitter film and album, the period is largely remembered by one moment: an unscripted July 2001 appearance on MTV's TRL, where she rolled an ice cream cart onto the set and hugged fans, confusing host Carson Daly. In 2002, Carey knocked claims she had a breakdown, explaining that her subsequent hospitalization at the end of July of 2001 following the failed TRL stunt was the result of exhaustion from her stressful promotional tour for the film, not a nervous breakdown as so many thought.

"I was totally exhausted and I needed to go to sleep and I needed rest and I needed people to leave me alone and stop banging on my freaking door to get up and do a freaking video," Carey told MTV correspondent John Norris in a interview from her Mariah Carey: Shining Through the Rain special in 2002.

In 2020, Carey again refuted that she didn't have a break down — admitting in her memoir The Meaning of Mariah Carey that the TRL stunt went wrong and she was facing overwhelming amounts of stress due to the harsh early reviews of Glitter and the chart performance of the lead single from the album’s soundtrack “Lover Boy.” She was also frustrated over the lack of work she felt her team was doing to help her rectify the situation — leading her to organize what she called “a highly unrehearsed” pop-up at TRL.

"I was like a stand-up comic who bombed a set," Carey said in her memoir. "All performers bomb, but my bombing set off a chain reaction that placed a target on my back."

The rhetoric surrounding Glitter reflects the broader lack of respect and concern for the emotional and physical safety of Black women that continues to be an issue decades after its release. Mental health topics are more regularly addressed and discussed these days, but there remains a gross discrepancy around Black women's need for mental health resources, detailed studies and other means of information. And since Glitter was in an era before social media where celebrities could speak for themselves outside of statements from publicists, Carey’s story was at the mercy of a spiraling media machine more concerned with tracking the demise of a diva than providing space for her to share her truth.

But as mental health awareness has grown over the past decade, there has been a shift in the dialogue. There was sweeping support for singer Normani when she revealed in 2016 she’d be taking a break from Twitter after dealing with racist attacks from online bullies. Acts like KeKe Palmer, Meg Thee Stallion, and Rihanna have also been open about managing their anxiety and depression, and have all received praise for helping to normalize conversations around these topics. This praise was also extended to Carey in 2018 when she shared the details of her own bipolar II diagnosis.

The ebullience of Glitter was dimmed by a ravenous means to diminish the joy of the project and revel in the perceived leveling of Carey’s illustrious career. But after 20 years, the project is beginning to get the credit it deserves. The film is being elevated to a cult classic, and the soundtrack has been recognized as a forward-thinking project that was an early adopter of the feature-heavy formula that is now the norm among artists across genres.

At its core, Glitter was Carey’s opportunity to provide a fresh glimpse into her world, both creatively and sonically, and a challenge to try something new. Though many used it as a means to defame and demean the pop music superstar, as I revisit the project as an adult, I cheer on its campy greatness and its message to put yourself first and never abandon your dreams — a theme Carey lived out in real life as she boldly navigated harsh critiques and continued to push through. The Glitter era is now a beloved symbol of the tenacity, resilience, and innovativeness Carey has shown throughout her legendary career.