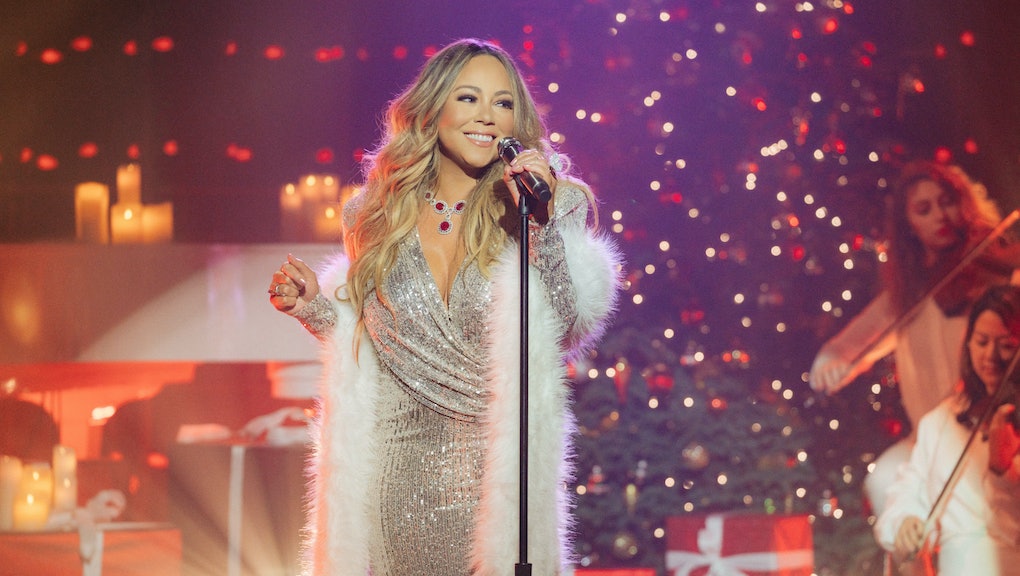 Mariah Carey has reigned as the Queen of Christmas for a quarter of a century now. To mark the 25th anniversary of Merry Christmas, the singer’s holiday album with its iconic single, “All I Want For Christmas Is You,” Carey released a deluxe edition of the record last month.

Then, in what some dubbed a Christmas miracle, “All I Want For Christmas Is You” finally became the number one song in the country last week, according to Billboard. Surprisingly, the tune never even cracked the Billboard top 10 until 2017, despite being the runaway hit track from Carey’s Christmas album.

To celebrate 25 years of the ubiquitous song — and perhaps keep it at the top of the charts for a while longer — Carey released a new “All I Want for Christmas Is You” music video, starring young actress Mykal-Michelle Harris from ABC’s show mixed-ish. The video is a festive fever dream, with Carey starring as a toy store mannequin come to life, and featuring some frankly terrifying dancing nutcrackers.

This version is the near opposite of Carey’s ‘94 video, which had a casual home video aesthetic. The new video is lavish, with dozens of supporting actors and dancers and a fantastical, snowy set. Carey’s eight-year-old twins, Moroccan and Monroe, make a cameo, grooving with Harris to contemporary dances like the Whoa and the Shoot. The singer’s Jack Russell terrier, Cha Cha, also appears in the video.

The singer’s Christmas album is canon now, but surprisingly, Carey was originally hesitant to release it. “That’s because it was so early in my career. I didn’t feel, from a strategic point of view, that it was time to do something like that,” she told Entertainment Weekly. “As much as I love Christmas, I thought that the record company was off. Obviously, I couldn’t have been more wrong.”

Carey co-wrote the hit with songwriter Walter Afanasieff. It’s a musical marvel, actually, with chord progressions that build and draw the listener into its nostalgic soundscape. “People tell me it really makes them feel festive,” Carey said during a live Q&A ahead of the new video’s premiere. “Even in the middle of July, people will send me videos of people singing the song,” she said. “As a songwriter it’s a very big accomplishment.”